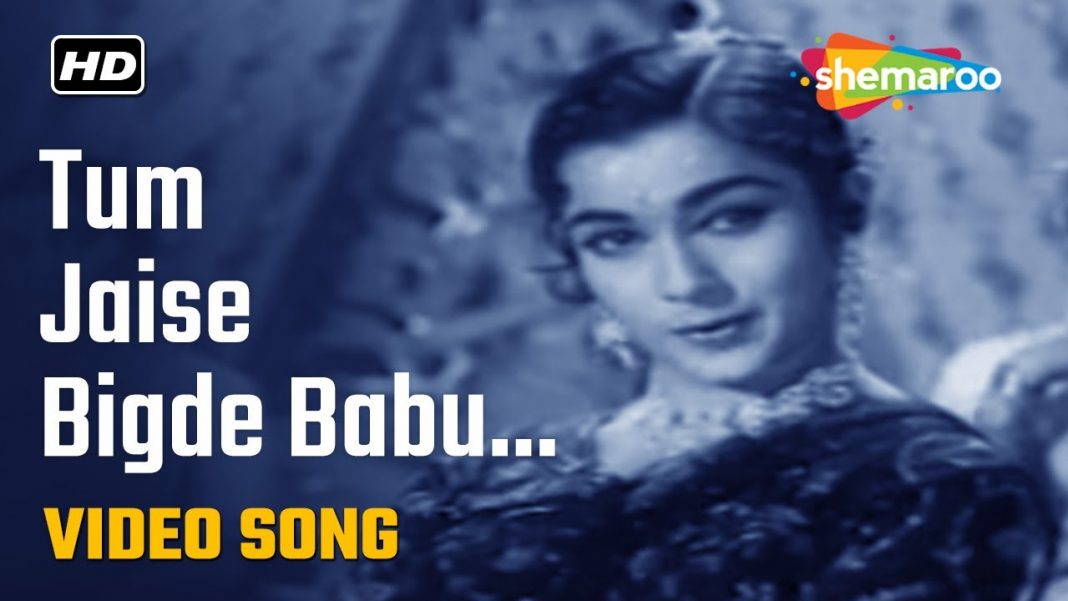 Today’s post is Bollywood Geetmala – 1961. This article is a continuation of the Bollywood Geetmala – 1962. Today, I will tell you how I got interested in Bollywood and doing interviews or journalism. Mom has always been a Bollywood-addict, what with her family friend, Hema Malini, working in the movies. Initially, I would be impressed by the story and wonder how an actor would be called or be related to another actor differently in 2 different movies.

Lamboo Uncle’s (an actor, who used to imitate Big B) wife, Ranjana Didi (who lived in our apartment building) was a regular cine-goer companion for us, before their marriage. When I said that the people acting were inside the screen (like a stage play), she showed me the projector holes beaming the movie from behind us, in the cinema hall. 🙂

Music had always attracted me and thus I would stealthily listen to it even till 11 PM, well past curfew time at home. I don’t know what it was – was it the singers’ voices or the lyrics or the music? No idea. But the point remains that these songs just mesmerized me.

One television show that interested me, during that time, was Phool Khile Hain Gulshan Gulshan that ran between 1972 and 1993. The show, hosted by Actor Tabassum, showed the human face of the artists and the interview technique when I didn’t even know that it was called an interview.

Some years back (before I began writing for lemonwire.com), I got the opportunity to speak to Tabassum over the phone. Both of us opened up to each other, unknowingly. She said to me, “For others, Arun Govil is Lord Ram (first actor to play that role on the Indian television). But he is Lakshman (younger brother of Lord Ram) for me.”

She meant that Arun Govil is her younger brother-in-law. Tabassum not only showered affection on her younger brother-in-law like her own child but also on me when I couldn’t stop myself from telling her that she is my idol. We were in conversation with each other for an interview that never happened. When I recently heard that Tabassum Ma’am had expired (on November 18, this year), I was definitely shocked. However, I am contented that I told her how she inspired me to become a journalist, which is not often possible.

Though you might feel that I have digressed from the topic. But I would say that it is quite relevant because Tabassum Ma’am was one of the people besides Ameen Sayani Sahab, who laid the foundation of my love for Bollywood and music. Different people might have paid tribute to her by talking about her lifetime achievements. But for me, being unique by sharing her influence on me and how she spoke to me over the phone is more important. Here are some of my favorite Bollywood songs released in 1961. I hope you like them.

Jaam by Singer Yo Yo Honey Singh to be Released

WD-40 SPECIALIST CLEANER & DEGREASER is a Water-Based Cleaner and Degreaser...

If Any of Your Valves are Frozen Due to Rust or...