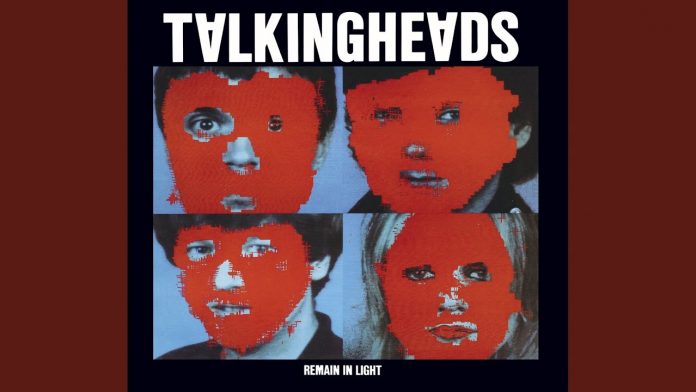 Talking Heads’ Remain in Light is one of the classic albums of the eighties, perhaps even the latter half of the twentieth century. Its eclectic fusion of such disparate genres as world (before anyone called it that), new wave, post-punk, and funk remains without easy analogue even now and its influence cannot be understated.

Developed from a series of improvisational jams, and threaded together by none other than Brian Eno, Remain in Light almost seems to be a summation of musical knowledge and technique gleaned from forty-odd years of rock and roll. As a result, the album is an almost kaleidoscopic experience, with genres shifting and mixing to fill the structures each song creates.

“The Overload”. A droning, eerie track replete with menacing, inorganic sounds and a swaying, hypnotic melody, “The Overload” sticks out from the album’s other tracks. Almost to the point that it doesn’t feel like a Talking Heads song at all. There’s a good reason for that: strictly speaking, it isn’t. Instead, it’s darkness, minimalism, and chilly brooding all bring to mind another post-punk act of the (very) early eighties: Joy Division.

Though far shorter-lived, Joy Division’s musical footprint is almost as large as Talking Heads’, and the 1980 suicide of frontman Ian Curtis lends them a certain grim mystique. Even after the remaining band members reshaped their act into New Order, the Joy Division name still hangs over them. David Byrne also recognized that Joy Division had some impressive creative chops and wanted to homage them a little on Remain in Light.

There was just one problem, David Byrne had actually never heard Joy Division. Not a single song. There was a good reason for this. Decades ago, music tended to take longer to circulate around the world. This was not always true, of course. Artists of greater stature would get overseas releases as a matter of course anywhere there was a market for their work. However, Joy Division were not artists of great stature at that time, just a cult phenomenon. Compounding the issue was the fact that although their label, Factory Records, was big in Manchester, it was not releasing internationally. So, Byrne had no way to get his hands on a recording. At least, not in the time frame he would have been operating in.

Instead, he poured through music magazines and from their descriptions, he managed to piece together a reasonable approximation of Joy Division’s style, crafting that into “The Overload”. It goes without saying that this is an impressive feat, but certainly an imperfect method. It can also safely be said that “The Overload” reflects both these realities. For example, there’s none of the pumping bass and angular guitar stings that define Joy Division’s more popular numbers like “Disorder” or “Dead Souls” or the frantic energy of “Isolation”. However, “The Overload” does do a very good job of imitating Joy Division’s slower, eerier tracks. Especially the unreleased “In a Lonely Place” or the last track of Unknown Pleasures “I Remember Nothing”.

It goes deeper than just replicating the pace of the slower songs as well, the wailing synths placed above the melodic line and Byrne’s detached quaver are almost exactly what gave Joy Division’s slower pieces their distinctive feel. Even the lyrics penned for the song deal with the same themes, even employing the same phrasing, thar Curtis often did. It must be restated, considering that David Byrne had never heard Joy Division play, that he got anywhere near as close as he did is impressive.

Making It Their Own

This is not to say that “The Overload” is just a clone, however. While it is an homage to Joy Division, and a very accurate one at that, it has its own identity. Like any good Talking Heads song, “The Overload” is a complex track, more so than anything Joy Division ever released. While still minimalist, the sound effects and improvisational nature of the song itself are much more in line with Talking Heads’ compositional style. “The Overload” also comes across as deliberately out to scare the listener, rather than the muted disquietude that typified Joy Division. An artist has to have room for themselves in what they create after all.

While not the track most people remember from Remain in Light, “The Overload” still deserves recognition for its unusual origin. While an imitation may never garner the same respect as the genuine article, there is an art to mimicry worthy of respect in and of itself. Moreover, besides it being the sincerest form of flattery, looking at who an artist decides to imitate is important in tracing their influences and can tell the listener a lot about them. Hardly a trivial thing.

If Any of Your Valves are Frozen Due to Rust or Corrosion, WD-40 Specialist Penetrant May Help You Get Them Free and Operating Again.

The Weekend Classic to Play the Hoosier Dome

Morrissey’s latest single, “Spent the Day in Bed” is a clever...