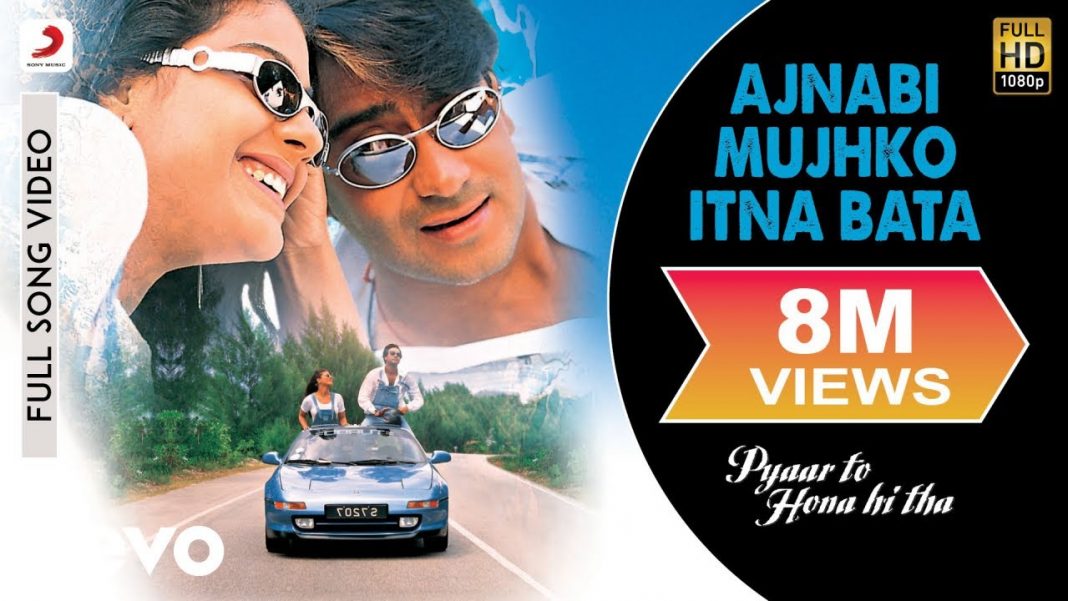 Today’s let’s talk about Ajay Devgn-Kajol Duets. Before going to the Bollywood songs, featuring Ajay Devgn and Kajol, it would be imperative to talk about their pairing. The couple looks like a pair of dark-skinned Greek Gods, despite Ajay’s pakoda naak. 🙂 As always, their onscreen and off-screen chemistry is good. The couple is married in real life. Over to some selective songs featuring the pair.

Dil kya kare… Dil Kya Kare (1999) (Technically, they were not the lead pair in this movie.)