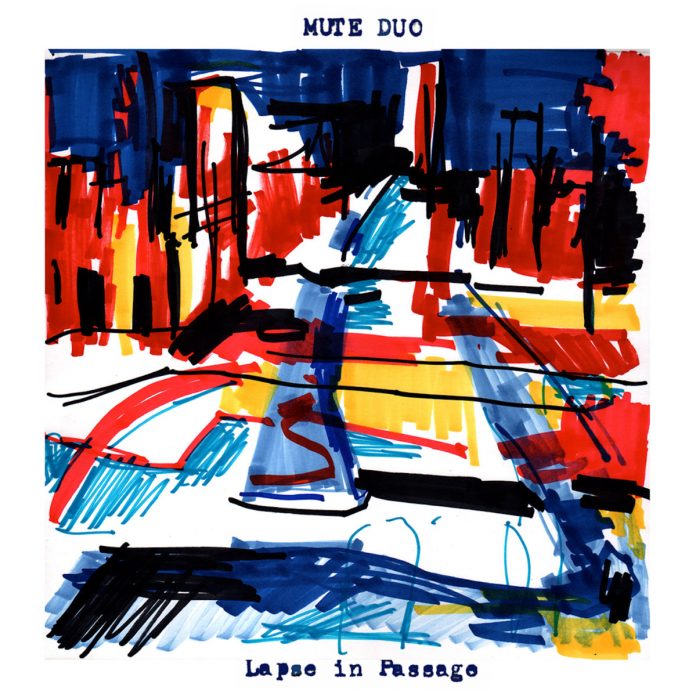 Mute Duo comes out of a long tradition of contemplative music, one that has consistently run through the music world since the 60s. From guitar raga pioneers like Robbie Basho to post-rock wunderkinds like Talk Talk, there have been musicians willing to challenge the preconceptions about what music is and how it can be experienced.

If you are a pop music acolyte, chances are that you haven’t heard anything at all close to the songs that Mute Duo is producing. True to their name, Mute Duo doesn’t sing or speak on their songs. Instead the band seems to outwardly express the latent spirit of the land itself, not unlike bands like Godspeed! You Black Emperor and Sigur Ros have done before them. In this context, music is less something to dance or sing along to, and more of mystical union with the world itself.

The music on Lapse in Passage shuffles along at a pace hitherto unknown to our fast-lane society of 9 to 5ers and Instagram celebrities. To make a tired but relevant comparison, Mute Duo is akin to the glacial movements of stars and galaxies, while pop music shuffles along at the pace of cultural life in our society.

This is music that belongs in Chicago. Mute Duo finds its starting point in the long and storied avant-garde tradition that has risen in the Windy City. Why Chicago has become such a place of intellectual music and experimentation is hard to say. All we know is that Chicago has produced such stellar bands as Tortoise, The Sea and Cake, and Wilco, artists who, while experiencing some popularity over the years, have consistently risen above the trappings of popular music to become truly unique artists.

Mute Duo shares some of Tortoise’s droning post-rock tendencies, while also indulging in some spaced-out avant-jazz in the same breath. The music of Mute Duo, like a Buddhist chant, repeats its phrases as if trying to force the universe into submission. If the universe is chaos, this is music that reaches into the cosmos to try to wrangle in the starlight.

Mute Duo also just doesn’t sound like two people, which is a testament to the musical capability of the duo. The spacious arrangement of the band’s music could easily be attributed to four or five people. But perhaps that is the band’s intention, as their music consistently dares to be more spacious and encompassing than any earthbound musicians have a right to.

Much of “Lapse in Passage” doesn’t have much to hang on to in the way of song structure. The repeating riffs and song passages repeat until you’ve forgotten where in the song you might be. This loss of time is intentional, allowing you to lose yourself in the music if you wish to. The band’s weakness lies in ingenuity, as many of their arrangements lack the luster and originality to truly stand out. This doesn’t stop the album from being a tour de force of meditative, soul-bending music, though.

“Canopy Bells” lives up to its name with a background of clanging bells which sound as if the band recorded the chimes outside their bedroom windows. Serene pedal steel guides the song along, allowing the several shifts in mood to play with our emotions. It’s the most dynamic song on the record, summoning a sense of intimacy that somehow lives alongside a feeling of spacious wonder. It’s as if you were nestled asleep in your bed and waking from a dream where you were traveling through the astral plane.

Mute Duo’s music invites these sorts of interpretations, though. Their music is repetitive enough to force your brain to switch into more primal modes of being, a state of life that may be foreign to such civilized people. Their improvisational spirit also means that the repetition never becomes layered in tropes or gimmicky moves. Songs such as “Overland Line,” which teeters near the 10 minute mark, explores the range of what Mute Duo is capable of, both musically and conceptually.

A soft, tumbling organ line on “Overland Line” allows the drums to explore the space of the song, establishing a tight, marching rhythm that slowly gives way to other instruments. The band slowly injects pedal steel and drum-fills into the song, which lends the listener the feeling that the track is moving towards some sort of profound climax. The mood of the song reminds one of the post rock experiments of Talk Talk, a band that also discovered a similarly organic approach to musical exploration.

That Mute Duo follows in the footsteps of bands like Talk Talk is no surprise. The music of Mute Duo does differ in some key ways, though, appearing to expand and contract at a much more glacial pace. For a band that can go heavy at a drop of a hat, Mute Duo has a deft way of transitioning their songs so swiftly and easily that, before we know it, the song has transformed into a completely new monster.

“Dallas in the Dog Days” offers us a more low key interpretation of the band’s sound. Jangly parlour piano intersects with lazy-day pedal steel, offering us a sort of post-apocalyptic country sound that I’ve never heard before. Closing my eyes as I listen to the track unfold, I could easily be gliding through the Texas landscape as I gawk at an oppressively perfect blue sky.

For those willing to challenge their ears and elevate their spirit, Mute Duo offers a palette of changing colors and sounds in order to so. Their album “Lapse in Passage” marks a brave foray into the world of experimental music, one that continues to flow unabated under the surface.