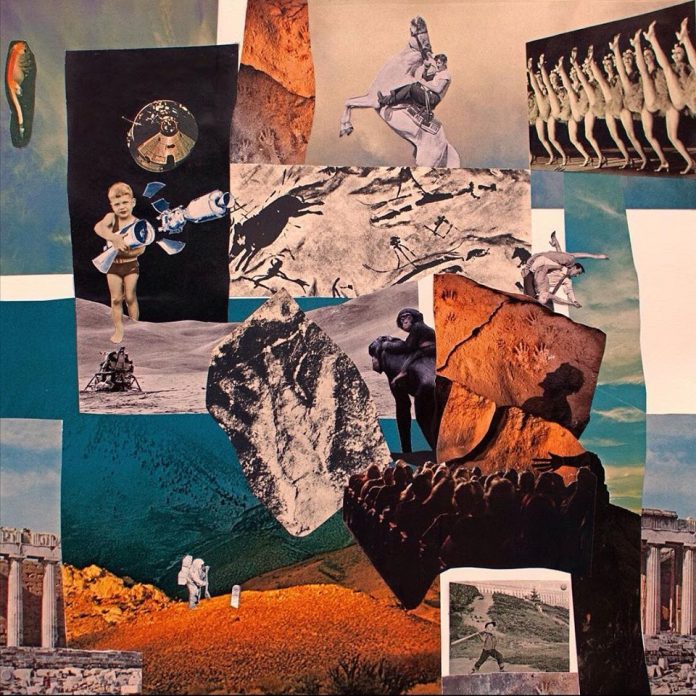 Local Indy Americana, folk and rock band Carmichael brings catchy melodies, and a sound that threads the needle between their influences.

Lately, we’ve been reviewing a lot of bands that performed during this year’s Battle of the Bands. And while that’s all well and good, it can result in us overlooking some of the other great groups out there. So this week we’re switching it up a bit by checking out the most recent album from Indy’s own Carmichael. Their sophomore album, “Memories Are Rolling Credits”, was released last year. And it turns out, there are some hidden gems on this one. So let’s get into it.

But before we begin our review of “Memories Are Rolling Credits”, first, here’s a little more information on Carmichael, for anyone who isn’t familiar with the band, and maybe just a bit curious.

Carmichael is a five piece Americana, indie rock, and folk band from Indianapolis. Carmichael’s founding members and primary songwriters are Eric Carmichael and Nick Christie. Hailing from a small suburb in a land-locked world of car dealerships, high school basketball games, and empty lots, Eric and Nick sowed the seeds of what they call the “Marion Sound.”

When Costin Ritter joined, the pair was gifted the rhythmic stylings of Ringo Starr and Levon Helm, kindly flavored with a pinch of Latin and Bossa Nova when applicable or feeling spicy. With the addition of Jamie Mahan’s country space-rock swirling, soul-exorcizing palm-slides, and Jeff Lynn-like synthesizer super-swells, Carmichael evolved into what it is today.

Carmichael released their first single, “Because I said I Would” in 2016, followed up by their self-titled debut album in 2017. Since then, they’ve released a few other singles, along with their sophomore album, “Memories Are rolling Credits”, that was released in 2019.

“Memories Are Rolling Credits” opens with the track, “Happy Holidays”. The creaking of a door opening is followed by some easy acoustic guitars strumming in harmony. It’s as good as an introduction to the album as you could ask for, as the emphasis on tone, harmony and melody are heard throughout the album.

Both “Happy Holidays” and “Your Birthday” bring Carmichael’s sound front and center. That sound is softer than rock, harder than folk, with a dash of indie magic to bring something somehow both and neither at the same time. On one side of the spectrum, tracks like “Magic 8 Ball” bring out more of the country-folk side, while ones like “Waves” hit on the heavier, rock side. And tracks like “The Socratic Method” manage to simultaneously bring out feelings of melancholy, hopefulness, and yearning, as well as an almost Pink Floyd-esque sound with its soulful guitar solo and swirling synths.

One of the highlight tracks for this album for me personally is “Waves”, which hits some of the harder tones that I felt like I was missing from Carmichael. They seem to have a tendency to restrain themselves from going too heavy, which ends up working really well, as they pay more attention to the melodies as a result. Easily one of their catchier songs. And yes, it turns out it’s right up my alley.

Overall, Carmichael’s “Memories Are Rolling Credits” is a solid album from a group flexing their songwriting abilities. There’s not a single track on this album that you can look at and say was written poorly. On the contrary, Carmichael pushes each song to its limits. You get the sense that a lot of care and craft went into each track. And it shows, too. If you’re looking for quality Americana/folk/rock, you can’t go wrong with this one.

If you enjoyed this review of “Memories Are Rolling Credits”, you can listen to more from Carmichael by visiting them on Spotify. You can also find out more information on Carmichael by going to their website.

For more coverage on the Indy music scene, be sure to check out the LemonWire Music Corner, where we’re showcasing local Indianapolis artists.

Big Boi Drops Some Fire Ahead of His New Album