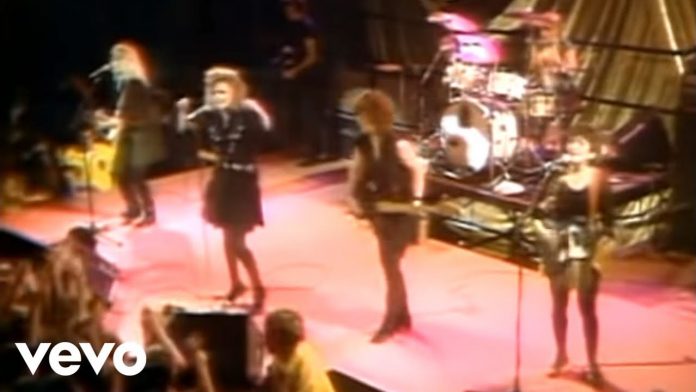 The year was 1982. Music Television was a staple of life, provided a person lived in the right area and liked a certain type of music. Still, musical trends of the previous 10 years were consistently being challenged. Enter the Go-Go’s. An all-girl group from California whose debut album, “Beauty and the Beat” reached No.1 today in music history.

Sound and style of The Go-Go’s

By 1982, American music audiences were no strangers to women performing pop or rock music. The Go-Go’s managed to put a friendly face on punk rock sensibilities, couple them with pop catchiness, and charted a different path for popular music.

The album artwork for “Beauty and the Beat” features the band members with towels on their bodies and over their hair, their faces smeared in what looks like facial mask. It is as though audiences have caught them being girly. And then, the music starts. There are guitars that are at turns driving, then, brooding. Belinda Carlisle’s high-pitched vocals can sneer, taunt, and smile, in the span of one song if she had to. The drums were heavy and in-your-face, much like punk.

The group is known for three songs on the album (diehard fans know all of them), but these helped to make the Go-Go’s the cultural icons they became, at least for a while: “This Town,” “We Got the Beat,” and “Our Lips Our Sealed.”

Those three songs showed the Go-Go’s ability to launch societal critiques while making 1980s youth contingents want to dance. Or, if a person was in central or northern Indiana (perhaps elsewhere) made them want to “get the beat.” Suddenly, once the Go-Go’s arrive on radios and stereos everywhere, what used to be called “dancing” is known for a while as “getting the beat,” as if the idea of “dancing” and “beat” had never been put together before.

“Our Lips Are Sealed” resonated with teenagers and others who had been the subject of gossip. Lines like “pay no mind to what they say,” and “in our defense/silence” struck chords of truth that anyone navigating adolescence or early adulthood could have appreciated. And, when advice, or poignant observation is set to a danceable beat, it feels better than it does coming from a lecture by an adult.

“This Town” is probably the most brooding song by the Go-Go’s. The energy is lower, but the sneering tone as Carlisle evokes the perspective of a Hollywood insider, helps to drive the song, as does the deep, jangle of guitar.

Today in 1982, “Beauty and the Beat” reached No. 1 where it stayed for six weeks. The album continues to be ranked as one of the all-time best albums. Eventually, it sold two million copies and went double platinum. Even though “Beauty and the Beat” had been released in 1981, it formed the soundtrack of 1982 and beyond and helped the Go-Go’s become icons of the 1980s.

2 responses to “Today in Music History: The Go-Go’s debut reaches No. 1”