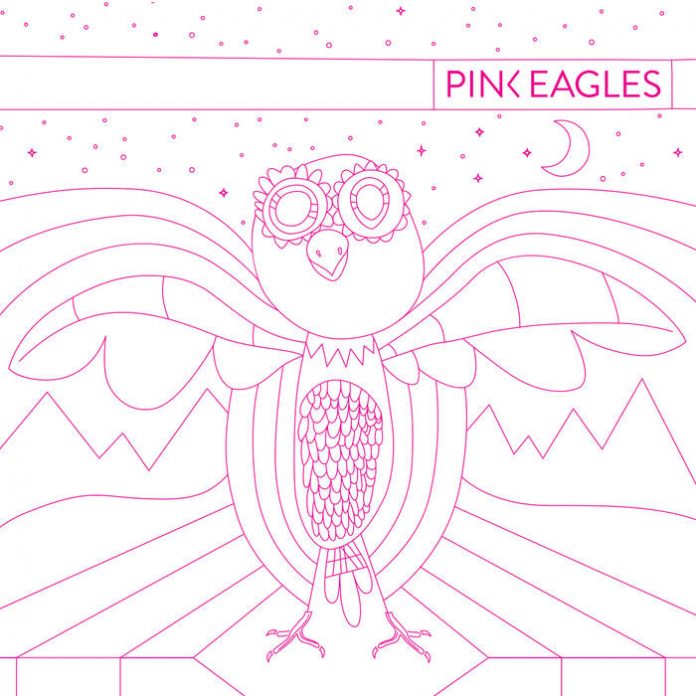 Over the past several weeks, we’ve been spending most of our time and energy focusing on the local Indy bands competing in the Battle of the Bands. While all of that was fun and great (and included a big congrats to The Palace for taking the win), it’s about time to get back to the basics, and start taking a look at some of the other local bands out there. We’ll be starting by listening to an interesting band you may not be familiar with: Pink Eagles, and the song from their 2019 self-titled album, “Sky’s Not Blue”.

But before we get into our song of the day, first here’s a little bit of information on Pink Eagles, for those who either aren’t familiar with them, or are just a little curious.

While a lot of local bands like to give themselves a good web presence with multiple social media accounts or a band website, Pink Eagles is not one of them. So since there isn’t much else on them other than than the description on their Bandcamp page, we’ll just go with that.

“Our mission was simple: explore the stars and report back on what we found. But something went wrong. Perhaps it was our AI acting up. Maybe our human nature got the better of us. In any case things didn’t go as planned.

“There WAS something out here, more powerful than we imagined. There was a sonic message for mankind. This is the only message we are able to send, are we reaching?”

“Sky’s Not Blue” is the opening track on Pink Eagles’ self-titled album, and does a pretty good job of easing you into their sound. It’s an easy going, laid back kind of sound. The kind that you’d want to hear when taking a day off, or going on a slow, easy car ride.

There are definitely some psychedelic influences present in “Sky’s Not Blue”. More specifically, I’m hearing a strong Pink Floyd influence in both the tone of the overall song, as well as in the songwriting and use of vocal harmonies. But I suppose there’s also a little more of a bouncy, optimistic quality to “Sky’s Not Blue” that Pink Floyd often lacks. Because of that, it also reminds me of some of the more spacey Flaming Lips songs.

The lyricism is overall pretty interesting and well done. And the vocals sound nice. The only problem with both of them is that it seems like I’ve already heard this song before. And if not this song, than one very much like it at one point or another in my life. But with that aside, “Sky’s Not Blue” is still a nice, fine song.

Overall, while I’m generally a fan of psychedelic, spacey music, I’m not sure how often I’ll go back and listen to “Sky’s Not Blue” again. While they do what they do well, I think there are just other bands I’d rather listen to that give me the same feeling and sound as Pink Eagles do on this track. And unfortunately, do it better. All that being said, that shouldn’t take away from the fact that “Sky’s Not Blue” is a solid song from another local Indy band.

If you enjoyed listening to “Sky’s Not Blue”, you can listen to more from Pink Eagles on Bandcamp.

Loretta Lynn addresses fans for the first time since stroke