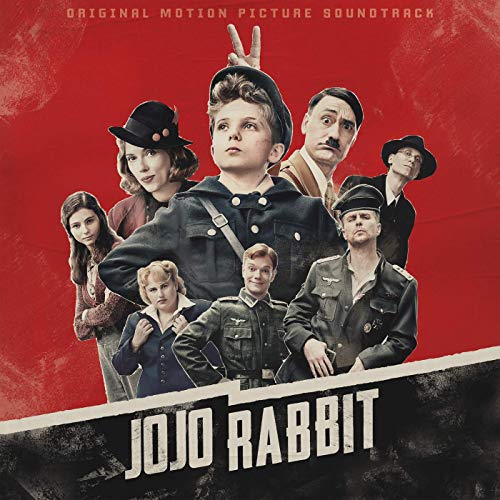 The soundtrack to “Jojo Rabbit” brings a decidedly German flair to the anti-hate, black comedy set in Nazi Germany.

Welcome to another edition of Exploring Soundtracks. With winter ending soon, it’s time to say goodbye to horror films, and welcome in something that makes you feel nice and warm like the springtime. So how about a film set in Nazi Germany that follows a young boy struggling with his nationalism and empathy and having conversations about it with his imaginary friend, Hitler? No, you say? Well, it’s directed by Taika Waititi, who also stars as the imaginary Hitler. Okay. That’s what I thought.

But before we get into the soundtrack itself, first here’s a brief synopsis of “Jojo Rabbit” for anyone who hasn’t yet seen the film, or just needs a quick refresher.

“Jojo Rabbit” follows the story of Jojo, a lonely German boy who discovers that his single mother is hiding a Jewish girl in their attic. With his only advice coming from his imaginary friend – Adolf Hitler – Jojo begins to confront his blind nationalism as World War II continues to rage on.

Along with a full score by Michael Giacchino, “Jojo Rabbit” also includes a lot of contemporary music. And it turned out to be enough to release another soundtrack album, which is the one we’re looking at today.

The soundtrack to “Jojo Rabbit” kicks off with “Komm gib mir deine Hand”, the German version of The Beatles’ “I Wanna Hold Your Hand”. The track is juxtaposed with Jojo pledging allegiance to his imaginary Hitler, along with scenes of Hitlermania across Germany. It’s both comedic as well as a little unsettling at the same time. But I suppose there is a parallel between the crowds of Beatles fans and WWII Nazis.

Another contemporary song that stands out is Tom Waits’ “I Don’t Wanna Grow Up”. But aside from the contemporary music, there’s also a good bit of classical German music to show the other side of the spectrum, as well as Michael Giacchino’s German-influenced score (most notably, “Jojo’s Theme”).

Another standout contemporary German version in the film is one of David Bowie’s “Heroes” (on the soundtrack as “Helden”). This one fits into the ending scene of “Jojo Rabbit”, giving the film some nice bookends. And if there’s anyone out there who still thinks that “Jojo Rabbit” is in any way a pro-Nazi film, you’ve completely missed the point.

Overall, the soundtrack to “Jojo Rabbit” is simultaneously surprising and somewhat predictable. I mean, I get that “Helden” definitely fits the film, but it’s also maybe one of the most often-used Bowie songs in film. Still, let’s not get distracted. The point is whether or not the songs included in the film elevate the scenes they’re in. And for “Jojo Rabbit”, that answer is definitely, indisputably yes.

That about does it for today. I hope you enjoyed our discussion of the soundtrack to “Jojo Rabbit”. We’ll be back next week with another soundtrack to explore.

Your Brain on Music: Emotion, and the Reptilian Brain