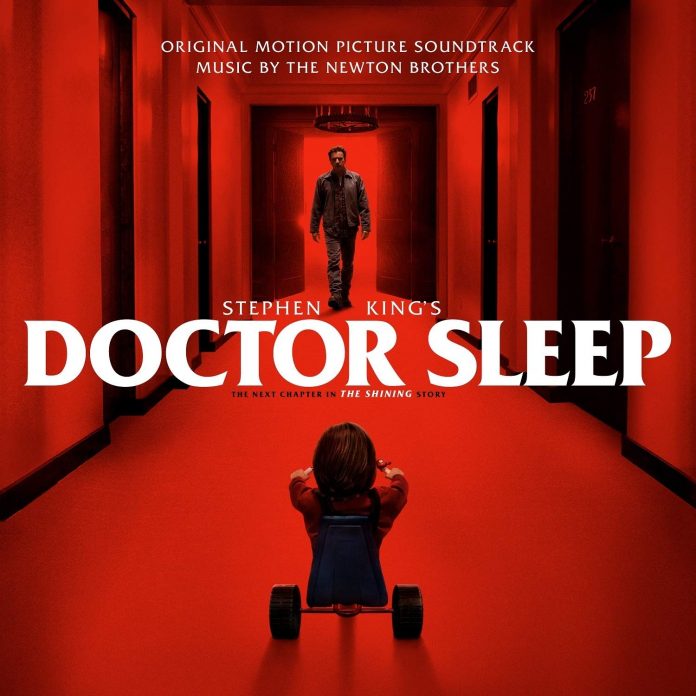 The Newton Brothers’ soundtrack to Mike Flanagan’s adaptation of Stephen King’s “Doctor Sleep” builds a sinister and threatening atmosphere that is both awesome and creepy.

Welcome to another installment of Exploring Soundtracks. While we’re in the process of saying goodbye to winter, there’s still enough time to tackle one the score to one last horror film. This week, we’ll be taking a look at the soundtrack to “Doctor Sleep”, the sequel to “The Shining”, with music composed by The Newton Brothers.

The horror genre isn’t uncharted territory for The Newton Brothers, who have also composed the soundtrack to films such as “Oculus”, “The Grudge”, and “The Haunting of Hill House”. It’s safe to say we’re in good hands here.

But before we dive into the soundtrack itself, first here’s a brief synopsis of “Doctor Sleep”, for those who either haven’t seen the film, or just need a quick refresher.

The sequel to Stephen King’s “The Shining”, “Doctor Sleep” follows the story of the grown up Danny Torrence, now a struggling alcoholic traumatized by the sinister events that took place at the Outlook Hotel in his childhood. His hope for any semblance of normalcy is shattered when he meets Abra, a teen who shares his extrasensory gift of “the shine”. Together they form an unlikely alliance to fight off the True Knot, a cult that seeks to feed off the shine of innocents to attain immortality.

Fans of “The Shining” will appreciate the first notes heard in “Doctor Sleep”, which incorporate “The Shining Main Title” in the first track, “Dies Irae / Violet”. The similarities don’t stop there, either. The very next track, “237” pairs well with a flashback scene of a young Danny Torrence riding his big wheel through the Outlook Hotel. Heart-piercing strings keep the tension at an all time high while bringing back the same fears from “The Shining”.

While there are a few similar compositional techniques used in both “The Shining” and “Doctor Sleep”, The Newton Brothers” also manage to bring their own unique flair to the score. Both “Spoons” and “The Hat, The Snake & Dan” do this quite well, by balancing some of the percussive sounds from “The Shining” soundtrack with a swirling atmosphere and a somber, progressive melody.

Even though the soundtrack to “Doctor Sleep” hits all the nostalgia points for fans of “The Shining”, it’s still refreshing to know the Newman Brothers understand when to back off and let the power of silence carry the weight in a scene, rather than bombarding it with high strings and unrelenting tension. It’s little things like this that give the score to “Doctor Sleep” the power a soundtrack needs when it chooses to emphasize the scene where it comes in.

One of the more frequently used sounds in the soundtrack to “Doctor Sleep” is that of a ringing bell, which was also used in the soundtrack to “The Shining”. It’s use acts as one of the main roads that bridges the gap between “Doctor Sleep” and “The Shining”. And while it plays that role well, at times it can feel as if it’s a bit overused for my liking.

Overall, the soundtrack to “Doctor Sleep” is full of some great moments that fans of “the Shining” can appreciate. But while there are a lot of good things that the Newman Brothers bring to the soundtrack for “Doctor Sleep”, at times some of their techniques can seem a bit repetitive. That doesn’t necessarily make them any less effective, but there does seem to be a trend of falling into the typical horror movie soundtrack’s jump-scare motifs. And although those motifs work well for building the tension, they can get a little stale over the course of a two and a half hour movie. Still, there’s a lot to like in the Newman Brothers’ soundtrack, and it all fits “Doctor Sleep” pretty well.

That about does it for today. I hope you enjoyed our discussion of The Newton Brothers’ soundtrack to “Doctor Sleep”. We’ll be back next week with another soundtrack to explore.

“Black Panther” is the rare blockbuster with a strong sense of...