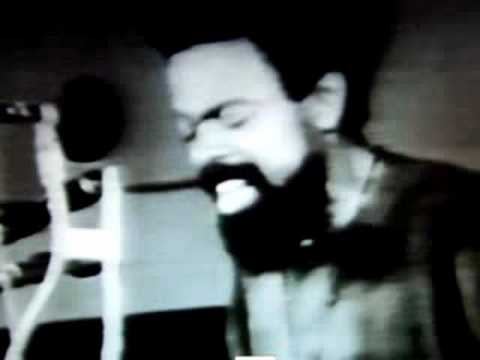 Amiri Baraka’s poem “The Nation Is Like Ourselves” exemplifies this wholeheartedly. When published in 1969, he characterized our nation as a group that is ridiculed by racial oppression, unaware of its self-identity, and unwilling to stand for its beliefs. To this day, we are plagued with many of the same problems overtly or covertly. The moral of this story indicates that we have full control of our decision-making but that we are not united enough within our processes.

We are imperfect citizens and Baraka’s collection of work functions as an inspiration for us. It inspires the people of America to strive for what they deserve. It is difficult to gain a literal translation from written works of poetry but this one serves as a legitimate source. Baraka emphasizes the importance of our individual voice not only for our personal fulfillment but for the good of the group. Baraka seems to view our nation as a group of passive citizens. In his view, Americans seem to take life’s “easy route” hoping that we can achieve our goals by way of lackadaisical efforts. Hence, Baraka hopes to encourage the reader to be one step ahead rather than a step behind in their actions that determine their lifestyle.

Racial oppression plays a major role in this poem. Baraka portrays us as people on our knees begging for the trauma to stop rather than doing something about the problem. Suffering represents the oppression suffered throughout the author’s life due to various injustices. This man is powerful because he illustrates what has happened due to oppression but at the same time promotes our every effort to fight against it and gain the rights that we deserve.

The speaker of this poem showed that we have become victims to our temptations in the line, “Our nation is like ourselves, under the steel talons of the glorious Devil our secret lover who tells us what to do.” Baraka clarifies in this statement that there are many different sources that may throw us off track. We may be persuaded by negative sources that offer temporary pleasure but hurt our well-being in the long run.

“The glorious Devil our secret lover”

This line offers an interesting lens into our lives. Every person has goals they strive for such as maintaining a job, taking care of their family and receiving spiritual comfort. But no matter how much effort we put into the positive aspects of our life the bad will always exist. Our temptations such as adultery, indulgence, and greed lurk in the backgrounds of our existence. Baraka’s strong use of language draws us to become aware of the reality of bad aspects of the world. I interpreted Baraka’s use of negative connotations in this poem to make us react with positive intentions. The speaker of this poem makes us aware of the negative aspects of life in order to direct us in the positive direction. By being aware of the negative aspects, we can direct our lives in the way we want it go rather than giving the control to “our secret lover.”

Baraka wrote, “Why you want to be a cowboy laid up with a cow” (Baraka). There are people in the world who sleep around in order to move up in the ranks and get places in the world. I interpreted this quote literally as a boy that is so desperate to be a cowboy that he would sleep with a cow in order to become one. The speaker’s voice poses the question, “Why?” Why is the normal American so willing to dispose of their dignity in order to attain a position? Baraka, with such simplicity, leaves a bit of a cloud over the reader’s head. Baraka intended this to happen throughout the whole poem but drives the point home so well in this last line.