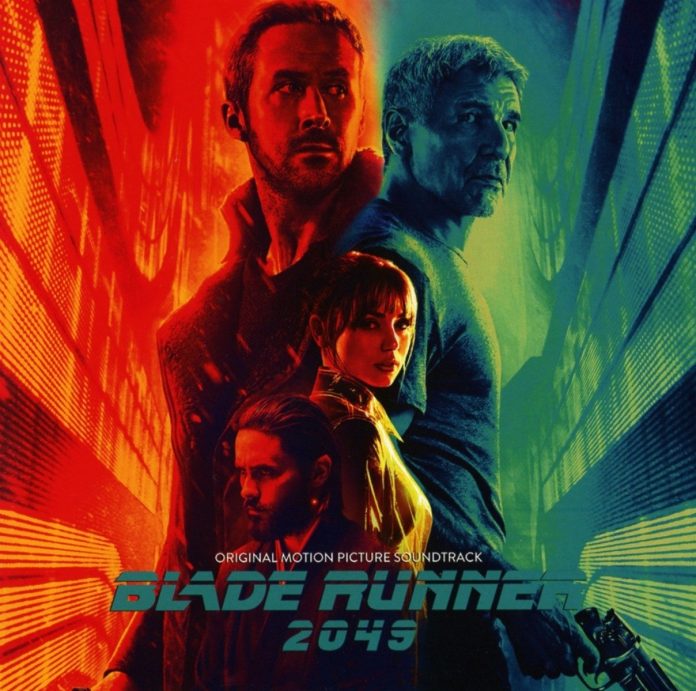 Welcome to another installment of Exploring Soundtracks. This week, we’ll be taking a look at the soundtrack to “Blade Runner 2049”, which contains music composed by Hans Zimmer and Benjamin Wallfisch, additional tracks by Elvis Presley, Frank Sinatra, and Lauren Daigle. The soundtrack also includes the song “Tears in the Rain”, originally composed by Vangelis, the composer of the original 1982 soundtrack to “Blade Runner”.

But before we dive too far into the soundtrack itself, first here’s a brief synopsis of “Blade Runner 2049”, for anyone who either hasn’t seen the film, or just needs a quick refresher.

“Blade Runner 2049” follows the story of Officer K (Ryan Gosling), a new blade runner for the Los Angeles police department, who unearths a long-buried secret that has the potential to plunge what’s left of society into chaos. His discovery leads him on a quest to find Rick Deckard (Harrison Ford), a former blade runner who’s been missing for 30 years.

The soundtrack to “Blade Runner 2049” is at times haunting, heavy, and mysterious, with faint trickles of hope that occasionally leak through. Hans Zimmer’s characteristic heavy bass and distant strings are present on a lot of the tracks, including the opening, “2049”. At other times, the score is able to build your heart rate up with tracks like, “Fight to LAPD”, that features a rumbling bass that mimics the very sound of a racing heart, while also staying subdued and muffled.

The inclusion of the two Sinatra and Elvis tracks stand out in sharp contrast to the rest of the soundtrack, which is perhaps why they’re as effective as they are in the film, especially the ones placed between haunting tracks like “Pilot” and “Hijack”.

The nearly ten minute long epic, “Sea Wall” brings back some of the classic Zimmer techniques heard in other action soundtracks like “The Dark Knight”. In this one, synth and hammering percussion take over in an unnerving display of rising tension. Later in the track, blaring horns soar over the rumbling synth bass. For all of the energy and tension it brings to the film, “Sea Wall” is definitely one of the standout tracks of the score.

Speaking of ten minute long epic action tracks, the soundtrack to “Blade Runner 2049” brings out another in “Blade Runner”. This one features some lighter piano tones, hopeful pan synths, and a more expansive, epic feel to it than “Sea Wall”.

Overall, if you were expecting the soundtrack to “Blade Runner 2049” to be as satisfying and powerful as the film itself, you’d be right. It’s safe to say that both Hans Zimmer and Benjamin Wallfisch delivered when it came to both paying homage to the original score by Vangelis, while also bringing something new to the table. In my humble opinion, if you’re a fan of good soundtracks, you can’t not like this one. And for anyone wondering, the same goes for the film too.

That about does it for today. I hope you enjoyed our discussion of Hans Zimmer and Benjamin Wallfisch’s soundtrack to “Blade Runner 2049”. We’ll be back next week with another soundtrack to explore.

Born on the 4th of July Retrospective

Now Streaming: “Bolden” tells as much as it can about a...