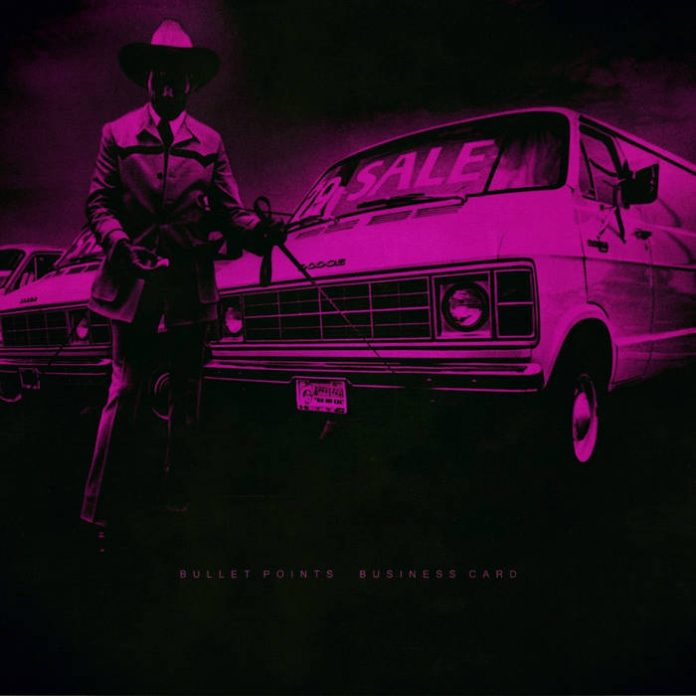 Last week, Bullet Points proved themselves at the last round of the Battle of the Bands semifinals. Come February 15th, they’ll be competing against the other seven bands who made it to the finals. During the last battle at The Vogue, every qualifying band will be fighting for the juicy grand prize of $10,000 and a touring van. But before they do, we wanted to make sure that we took a look at some of their material. You’ll want to stick with us over the next week, as we’ll be covering some of the other local finalists.

So before we get into the EP, “Business Card”, here’s a little info on one of your 2020 Battle of the Bands finalists, Bullet Points.

Bullet Points is a local alternative rock band from Indianapolis, Indiana. In 2016, they released their self-recorded demo, “Business Card”. After releasing the EP, Bullet Points continued to perform throughout the region, including some live in-studio time at DZ Records in Chicago, Indy Star Sessions and on the series “Small Studio Sessions” (NPR/WFYI).

On their Facebook page, Bullet Points reveal what they’ve been up to for the past year. “In May of 2019, and after a year of local and regional shows, Bullet Points packed up for a week and headed to Russian Recording where they began work on their first full-length album, “Paso Doble” – a release is scheduled for early 2020.”

While we’re still waiting on “Paso Doble”, there’s plenty that Bullet Points gives us in “Business Card” to wait.

“Business Card” kicks off with “Tinnitus”, a simultaneously driving and laid back track that gives off some serious Pixies vibes. Traces of punk, surf rock, and alternative rock weave their way through “Tinnitus”. And despite its name, the only thing that’ll be ringing in your ear afterwards is the melody.

Bullet Points bring the energy down a bit in the next track, “Modern Fighters”, which to me sounds more like something from Franz Ferdinand. The highlight of this track comes toward the end, where Bullet Points harnesses some swirling, synth chaos to build up to the final chorus. “Mirrorball” keeps the energy relatively low for a gradual build up over the course of the track, with the dual guitars bouncing melodies back and forth and in unison. Like in “Modern Fighters”, “Mirrorball” features a brief spike of energy where the hiding tension shows its face.

“Woman In Love” brings a bouncy feel that pairs interestingly with the overall melancholic tone of Hazel’s voice and lyrics. There’s a really fun moment in this track, however, when the solo comes in. The piercing tone of the guitar along with its catchy melody just grabs you out of nowhere.

“Business Card” closes with “Another Waster of Our Time”, which reveals another side of Bullet Points that we don’t hear too much throughout the rest of the EP. Hazel’s vocals, along with the guitar tone, make “Another Waste of Our Time” sound decidedly ’80s-influenced. A bit of a surprise after listening to the bulk of “Business Card”, but not at all an unpleasant one.

Overall, Bullet Points’ EP, “Business Card” is a solid debut. But in my opinion, their latest track, “Blood Dreams” stands head and shoulders above any of the songs found on “Business Card”. The end result here is that I’m just even more excited for Bullet Points’ new album, which should be coming out sometime soon. I feel like they’ve grown a lot as a band in the past four years, and it’ll be interesting to see what they bring to the table next.

Be sure to get out to The Vogue on February 15th to support Bullet Points and the other bands competing in the final round of the Battle of the Bands. It’s gonna be a good night.

Program Analyst Job in Washington, District of Columbia – Other Agencies...