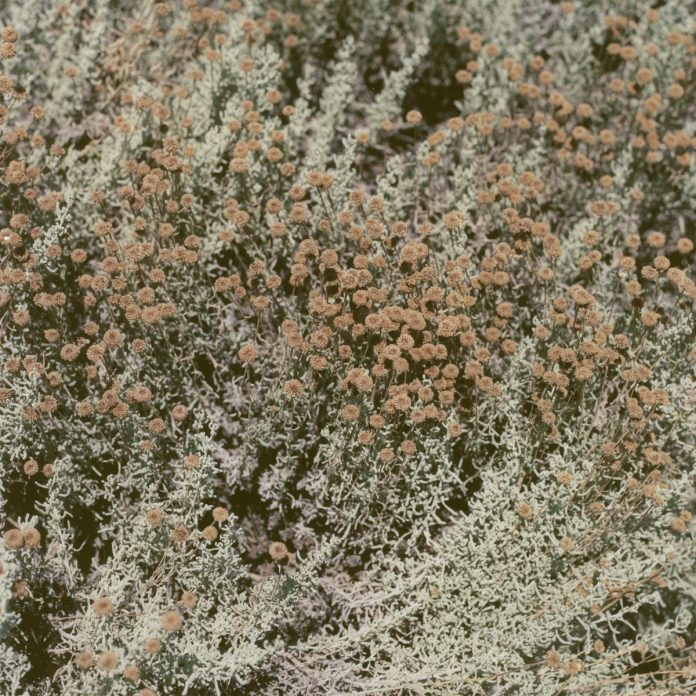 Fresh off a new EP, Loving has emerged again with their first full length “If I Am Only My Thoughts.” In this quick 1 – 2 punch, the band has established their place as more than a passing trend in the music world. Loving shows signs of growth in their meandering, dreamlike collection of music, which serves as a serene reflection of the state of coming to age in today’s world.

Ever since their debut album, Loving has been one of many modern bands that have chanced themselves into a large online fan base, gaining steam and acclaim in the process. Their scruffy but endearing self-titled first release consistently racked up impressive listens on streaming platforms, building the kind of niche fan scene that’s only possible in today’s age of instant online access to music. This seems to be proof that they’ve touched on something essential in the current state of youth culture.

Loving reflects the times we live in in more ways than one. The band’s themes reflect the feeling of growing up in today’s world, which seems to grow more confusing, isolating, and befuddling as the years go by. Ideas of existentialism, nihilism, and fatalism swirl through their music like the clouds you can imagine the band members laying under on a listless afternoon. Listening to Loving is like an empty summer day spent laying in the grass, one where you’re depressed and empty but somehow okay with it. Loving’s melancholy but gorgeous music might play a small part in that feeling.

To be honest, post-modern despair has never sounded so delightful as it does on “If I Am Only My Thoughts”. Instead of diving into the jarring chord changes and jagged arrangements that bands like Radiohead have fallen into, Loving deals in sparkling, reverb-drenched jazz chords and gently rocking rhythms that could lull you to sleep with their consistent beat. Their lackadaisical delivery lands somewhere between “Strawberry Fields Forever” Beatles and Mac Demarco, appealing to a generation caught between psychedelia and retro-futurism and absolutely addicted to nostalgia.

More often than not, this recipe works well for Loving. Songs on “If I Am Only My Thoughts” surge in and out of the listener’s ears like gentle waves on a calm sea. “Only She Knows” is an impressively clairvoyant tune about the juxtaposition of our internal and external worlds: Tracing the lines of a winter’s night / She’s all alone / Eyes open wide to a darkness inside / And what does she see?” Buoyed on glimmering piano chords and sparkling guitar, the sound of the song is the musical equivalent of watching the sun reflect off of the water. The tone of the guitars sounds like it’s being fed through a cassette tape, lending the arrangement the strange feeling of being sonically sepia-toned.

“Nihilist Kite Flyer” captures some of the consistent themes that run through Loving’s music: “Am I living my life / As if I’m flying a kite / Without a string / Without any meaning”. The uncertainty and existential questioning shyly peaks through the curtain of music, which seems like panacea to this melancholy. This is one of those Loving tracks that I forget I’m listening to, so effortless is it lazy-day melody and soupy composition.

While questioning the meaning of life, Loving also evoke themes of brotherhood and connection with their post-modern pastoralism. Like the band Whitney, who has captured people’s hearts with their heart-on-their-sleeve romanticism, you can imagine the members of Loving bonding through uncertain adventures on land and sea. You can feel that their rebellion against the darkness and meanness of the world outside is the bond between them. Their music, sincerely composed in tight communion with each other, reflects the world through the gauzy and serene layer of human connection.

The music seems to say: “Anything can be endured if we have each other, even emptiness.” It doesn’t go much deeper like the philosophical musings of the Fleet Foxes on “Third of May / Ōdaigahara”, where Robin Pecknold asks “Aren’t we meant to be crowded together, like leaves?” At the same time, the music doesn’t need to dive deeper. It’s like the realization that comes to you three hours deep in an edible, but then eludes you the next day: “I can’t recall the details at all”, Loving sings on the effortlessly poppy “Simple Moon.”

Yet the idea of the outside world becomes less clear as we dive deeper into Loving’s music. Their compositions meander and wander like pilgrims that have lost their trail on the way to the holy land. This feeling is evident in their music, which often feels more like a pleasant daydream than an insightful interpretation of the world. At times the arrangements suffer from repetition and laziness, but usually save themselves in the end with pure pastoral beauty.

Loving does show signs of growing as a band, though. Their music has gained a casual refinement since their first release, and it shows in their tracks. Songs like “Visions” demonstrate how much tighter their grooves have gotten. When the song gives way to a maple syrupy guitar solo, you can feel your body sinking into the song like the shoulder of an old friend. “It’s the truth / It’s the truth / And it’s a lie.”

Loving haven’t made up their minds about life yet, but at least music’s on their side.”

The National: “I Am Easy to Find” review