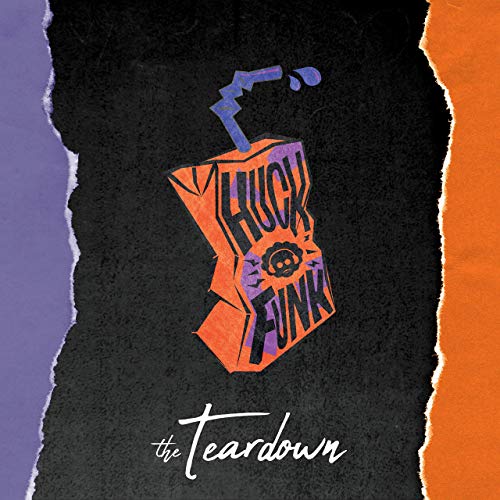 Local Indy band Huckleberry Funk bring all the funk and soul you need on their 2018 debut album, “The Tear Down”.

Last week, the Indianapolis-based funk band Huckleberry Funk proved themselves at the last round of the Battle of the Bands semifinals. Come February 15th, they’ll be competing against the other seven bands who made it to the finals. During their last show at The Vogue, they’ll all be fighting for the juicy grand prize of $10,000 and a touring van. But before they do, we wanted to make sure that we took a look at some of their material. You’ll want to stick with us over the next week, as we’ll be covering some of the other local finalists.

So before we get into “The Tear Down”, here’s a little bit of information on one of your 2020 Battle of the Bands finalists, Huckleberry Funk.

Huckleberry Funk is a funk, r&b, and soul band originally from Bloomington, Indiana now residing in Indianapolis. Much like another funky band from Bloomington (The Main Squeeze), Huckleberry Funk initially created a buzz and gained momentum purely from the electric, live performances they’re now known for. No doubt it was one thing that gave them an edge during the Battle of the Bands.

After starting up around 2016, Huckleberry Funk released their debut album, “The Tear Down” in 2018. While we haven’t seen another album out of them since, they have continued to play live shows, as well as produce recorded live versions of a number of unreleased songs. Our song of the day, “Broke Times”, is one of them.

“The Tear Down” opens with the instantly captivating and groovy, “Silky and Smooth”. Within seconds, if you didn’t already know what to expect from Huckleberry Funk, they make it immediately clear what they’re all about. Turns out it’s a whole lot of funk and a whole lot of soul. One line from this track encapsulates the energy and mindset behind Huckleberry Funk: “I’m just trying to have some fun tonight”.

Things slow down a bit for the second track, “Girl With the Thigh Tattoo”, which falls more into the realm of R&B and soul. From one side of the spectrum to the other, Huckleberry Funk reveals the range of their versatility.

The next three tracks form the meat of the album, two of which are linked together. “On My Feet, Pt. 1” keeps the energy low, smooth, and sultry. Splitting up the two parts is “Lady of My Dreams”, which ramps up the energy again with some hip hop inspired verses and a jammy, synth-filled climax. Just as the energy peaks, we’re brought back down with “On My Feet, Pt. 2”, which is infused with a little more driving energy from the previous track.

“All Dried Up” brings a bluesy flair to Huckleberry Funk’s soulful sound, peaking with some terrific horns at the end. But all that energy seems to almost be the bait to get you to the powerfully poignant “Unity”, another track that takes inspiration from hip hop with some superb lyrics. True to its title, “Unity” is a plea to change the world for the better. Additionally, it’s one of the strongest tracks on “The Tear Down”.

Overall, Huckleberry Funk’s “The Tear Down” is moving, funky, soulful, and inspired. After listening to it, there should be no question why Huckleberry Funk moved on to the finals. Their music is packed with strong beats, and even stronger messages. In all honesty, they’re probably one of the best bands Indy has to offer, and I wouldn’t be surprised if they take it all the way at the Battle of the Bands.

Pieces of a Dream Celebrates 40 Years of Smooth Jazz