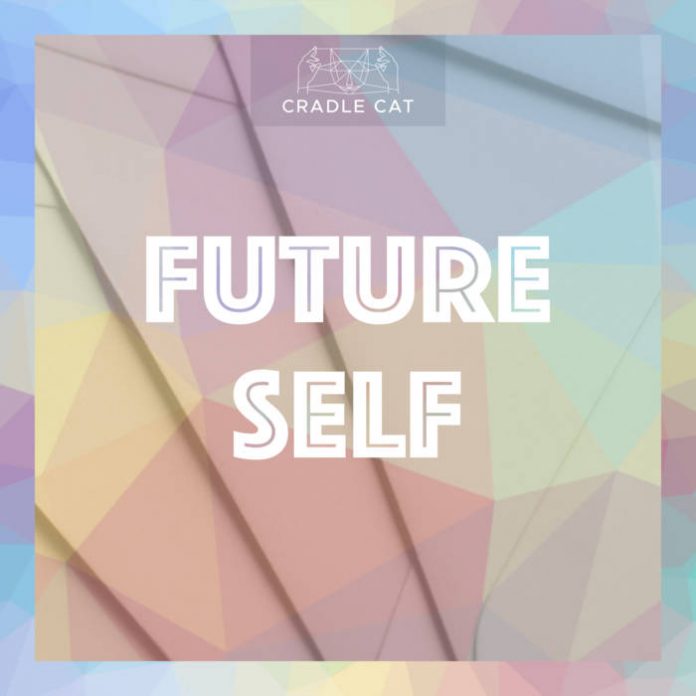 For the past few weeks, we’ve been covering a lot of bands competing int he Battle of the Bands this year. But there’s always time to squeeze in a new face or two in between rounds of competing bands. So today we’ll be looking at something a little different from a local Indianapolis artist who recently released his debut EP.

But before we get into the EP “Future Self”, here’s a little bit of information on Cradle Cat, for anyone who hasn’t heard of him, or is just a little curious.

Cradle Cat is the solo project of Marcus Wadell, an Indiana University alum and native to Indianapolis. After graduating from IU, Wadell worked at a high-growth software company to pursue his music career, and began splitting his time between Indianapolis and Nashville as a writer and producer.

This last bit comes straight from the horse’s mouth.”Before quitting his job, Marcus released his initial EP, ‘Future Self’ (re-released in November 2019) and further honed his songwriting and production skills by writing commercial jingles for dozens of brands, including Domino’s Pizza. Marcus has the ambitious goal of releasing a new song each month in 2020.”

While so far we haven’t seen Cradle Cat’s first new song of 2020, there are still a few days left in the month for him to put the finishing touches on it. But I will say, that is one ambitious New Year’s Resolution.

While being the title track to the EP, “Future Self” is also the opening track. It’s probably a good thing that it is, too, because it’s easily the EP’s catchiest song. The track opens with low, pulsing synths and flickering, electronic blips that seem to hover in the air above the synth backbone.

Wadell’s vocals merge well with the soundscape he creates in “Future Self”, a song in which he recalls writing a letter to his future self about his nine-year-old expectations, and how those expectations have changed since.

The second track, “Love Seemed Starry” falls a little more into the almost bubblegum pop side of the spectrum, if what you were chewing was simultaneously bitter and sickeningly sweet bubblegum.

The second half of the EP kicks off with a lot more energy similar to the title track with “Secret Safe”. The verse sections here are nice and catchy, but the song sort of falls apart for me during the rapped verse, where the tone of Cradle Cat’s voice ruins it for me more than anything else. Everything else – the instrumentals, sung vocals, and structure of the song itself – sounds great.

“Future Self” ends with the track, “Soft Serve Sunset”, a more bombastic, orchestral composition that reminds me a little more of artists like Ben Folds. After listening to the rest of the EP, this track makes sense to end on. At least, it sounds like a good ending song. But it’s also a bit unexpected, coming right after the cheery pop/rapping of “Secret Safe”. On the other hand, it’s nice to hear the versatility from Cradle Cat.

Overall, Cradle Cat’s “Future Self” just isn’t my cup of tea. Out of the entire EP, I’m really only a fan of the title track. Everything else seems to lie just out of reach of my own personal preferences. For the most part, I enjoyed the instrumentation throughout the EP, and think that Cradle Cat does have some serious songwriting chops. If you’re a fan of the cheery pop sound of Matt and Kim, or the aesthetics of Twenty One Pilots, you’ll probably find something to like in Cradle Cat’s “Future Self”. If not, it might be better to just listen to the title track and leave it at that. That choice I leave to you, dear reader.

If you enjoyed “Future Self”, you can listen to it and the rest of the EP from Cradle Cat on Bandcamp. You can also find Cradle Cat on Facebook, and his website.

The General Purpose HVAC Motors are among the Best Available Motors...

Use WD-40 Specialist Degreaser to Reduce the Time Spent Cleaning and...

Betty Who heads to The Hi-Fi