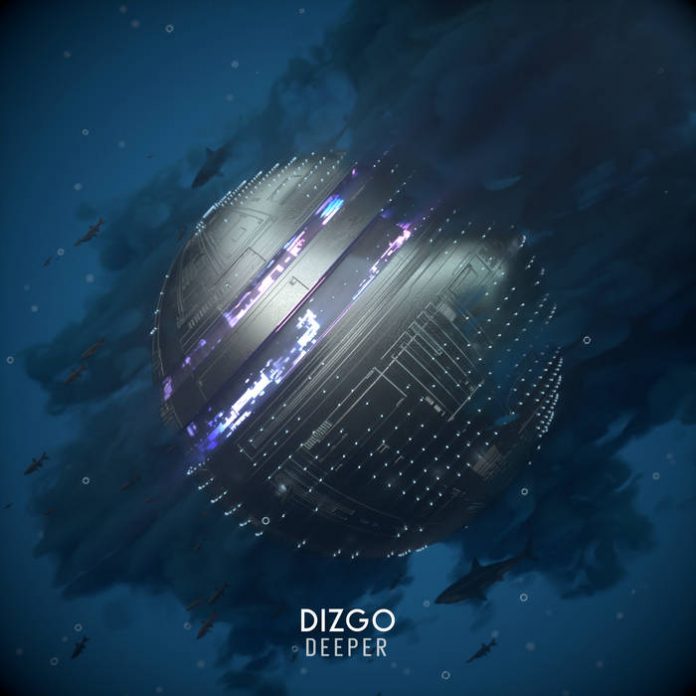 Local Bloomington-based “jamtronica” band Dizgo brings all the dance energy you could need on their 2019 album, “Deeper”.

For the past week, we’ve been taking a closer look at some of the bands kicking off the new year with a strong start. There’s a lot of great music out there, but since it’s still relatively early in the year, we still haven’t seen too many new album releases from local Indy bands. So today we’re dipping back into 2019 to talk about a great debut album from the Bloomington-based band Dizgo.

But before we get into the album itself, first here’s a little more information on Dizgo.

Dizgo is a three piece jam band from Bloomington, Indiana that initially formed in 2016. Since then, they’ve been building a strong following in the festival scene. Their first release was a live album recorded during their performance at Bloomington’s The Bluebird, a venue that has hosted other successful jam bands like The Main Squeeze. In 2017, Dizgo released their debut EP, “Constant State of Motion”, followed up by another live album at The Mousetrap in Indianapolis. Last year, Dizgo released their debut full length album, “Deeper”.

On their Facebook page, Dizgo takes the liberty of describing themselves for their fans.

“Dizgo redefines the live experience by blending jamtronica with funk, deep-groove soul, and hip-hop, taking the audience on a musical journey that includes intricate compositions and extended improvisation. The result is something both danceable and introspective: soulful vocals, interweaving analog synths, and addictive beats all which join forces under the banner of Dizgo”.

The blend of funk, rock, and electronica heard throughout “Deeper” is the perfect combination for a jam band that knows how to lock into a groove and ride it out with some heavy improvisations and solos. True to the nature of most jam bands, most of the tracks on “Deeper” sit in the six to eight minute range, with only two under five minutes long. However, it goes to Dizgo’s credit that they can manage to keep the energy high throughout each track.

“Deeper” kicks off with one of its strongest tracks, “On the Groove”. Appropriately named for its funky rhythm and strong groove that never let up, “On the Groove” has all the elements of a strong dance track. The catchy groove builds up to a strong hook where the funk elements come out more, before opening up some space for a few improvisations, including one fun guitar solo with a wah pedal.

Out of the nine tracks on “Deeper”, only two are full instrumentals. Both “Dreams” and “Pink Gems” do a good job of showcasing not only Dizgo’s musical skill, but also their ability to carry a song without a vocal melody, which is something that I can always respect and enjoy.

The album ends on a high note with the longest track, “The Surface”, which runs for over eight minutes long. While most of the song consists of instrumental parts, there are some seriously impressive technical moments scattered throughout it. It’s clear after listening to “The Surface” that Dizgo has a solid grasp on controlling the flow of energy in any song they write. You can hear it through the entire album. And it’s one of their strongest qualities.

While “Deeper” is a fun, groove-filled album to listen to, there’s no question that every song that Dizgo plays would sound better during a live performance. That’s where they excel, for sure. Still, “Deeper” does as good of a job in capturing the energy of a live show as any. It won’t disappoint.

Whenever I listen to jam bands, I always get the feeling that nothing is more important to them than the joy of playing. That’s definitely something that comes through with Dizgo. So if you’re looking for joyfully created music and don’t mind some improvisational detours, be sure to check them out.

If you enjoyed this review, you can listen to more of Dizgo’s new album, “Deeper” by visiting their Bandcamp page. To find out more about the band, you can find them on Facebook.

Get Professional Results with the FEIN WPO 14-25 E Stainless Steel...

Neat Turns of Phrase: Haley Heynderickx at the Hi-Fi