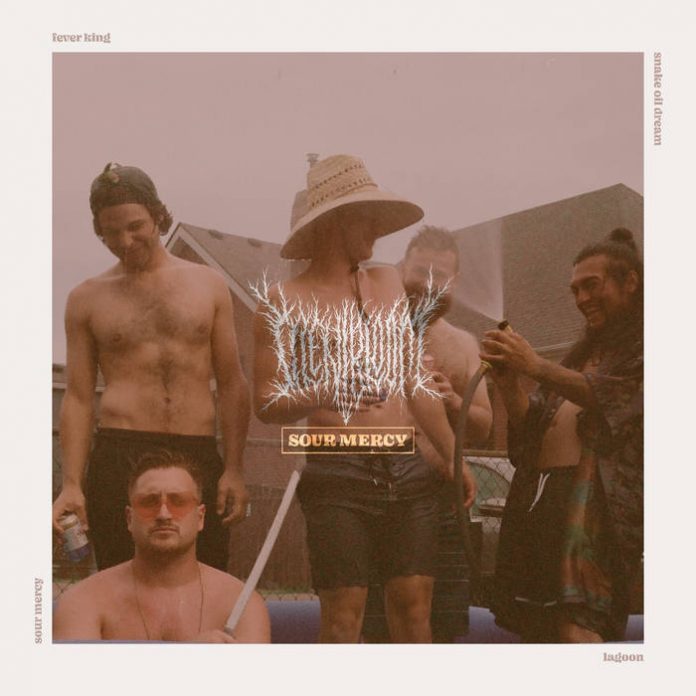 We’re a week into the new year, and there’s already been a lot of great music being released in 2020. Last week, we looked back at some of the best bands from Indianapolis of the decade. But this week, we’re trying to look ahead to some of the newer groups just beginning to spread their wings.

We started off the week by listening to Sixth Century Future Recovery Group and followed up by a song from Wolfi. While both of them had new releases in 2020, the band we’ll be talking about today, Silent Bloom, has not. But that’s okay. They managed to put out a respectable number of releases throughout all of last year. Best believe, we’ll be hearing more from Silent Bloom in the future.

Before we get into our song of the day, here’s a little more information on Silent Bloom, for anyone who hasn’t heard of them, or is just a little curious.

Most local bands will credit their members on their social media pages or website. Many will offer some brief biography or story of the band. Silent Bloom does neither of these things. It’s really too bad, because I’d love to tell you what their story is, and who is a part of it, but I can’t. My hands are tied here, folks.

What I can tell you, is that before a year ago, Silent Bloom didn’t exist online. But last year alone, they released three singles and one EP, which seems like a pretty good way to enter into the scene. Silent Bloom has also played a few shows around Indianapolis, including Crescent Ulmer’s album release show last August at The Pioneer, and the Garfield Park Art and Music Festival.

“Fever King” is the opening track to Silent Bloom’s debut EP, “Sour Mercy”, which was released last November. The track opens with some lo-fi synth vibes before the lead singer’s slightly filtered vocals come in, with a kind of melancholic tone. A minimalist drum beat shortly accompanies the vocals during the verse sections, while a reverb-soaked guitar strums quietly in the background.

This track definitely has a mood to it. It’s a bit hazy, a bit apathetic, maybe. But there’s some feeling in it too. It may be understated, but there’s some odd mixture of sorrow, nostalgia, melancholia, and hope in between the notes. You can hear this particularly well during the chorus, when the background vocals chime in.

“Fever King” is no miraculous feat of songwriting craftsmanship, but it’s no joke either. The level of production quality is also worth mentioning. Every track recorded was mixed perfectly. If you’re into the lo-fi vibes or want to recreate the feeling of a summer haze, look no further.

Overall, “Fever King” is a fine song. I wouldn’t go so far as to say it’s the best song I’ve listened to all week, but it’s definitely a step up from yesterday. Aesthetically, Silent Bloom does align with my own personal tastes. I do enjoy reverb, and lo-fi playlists are almost always my go-to on YouTube. But if I’m going to listen to something with this sound, I’d almost rather just load up a lo-fi playlist. I personally tend to enjoy this style of music when it sticks to the instrumental. But again, that’s just me.

Silent Bloom is a band that knows what they are, which is something that can’t be said about a lot of local bands out there. With such a defined (and refined) sound in the first year of their existence, it’ll be interesting to see what Silent Bloom comes out with next. And whether they’ll change their sound to experiment more, or stick to what’s working.

If you enjoyed listening to Silent Bloom’s song, “Fever King”, you can listen to more of their new EP, “Sour Mercy” by visiting them on Bandcamp. You can also find out more about Silent Mercy on Facebook.

The Latest: 2 more lawmakers with virus die in Pakistan