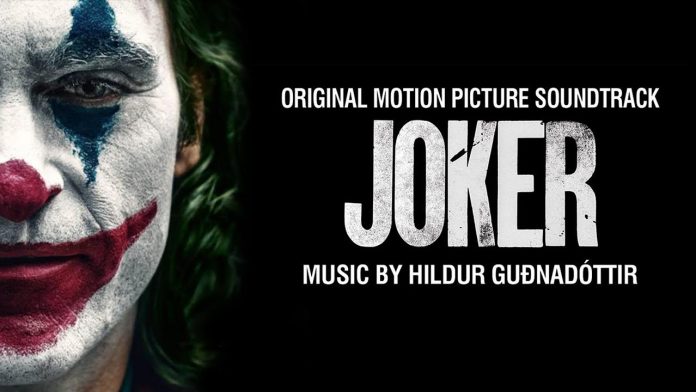 Hildur Gudnadottir’s critically acclaimed score to 2019’s “Joker” captures the elusive heart of the film’s protagonist. When paired with the other popular music, the entire soundscape of “Joker” is as focused and poignant as the film itself.

Lately, we’ve been covering a lot of horror movies soundtracks (because winter is the season for horror, fight me). But there’s always time to squeeze in one or two well-deserving outliers. We had one last week when we covered the soundtrack to “Ad Astra”. And this week we’ve got another with the Golden Globe-winning score to Todd Phillips’ “Joker”.

Before filming of “Joker” even began, Hildur Gudnadottir was already at work on the film’s soundtrack. In an interview with Blackfilm, director Todd Phillips spoke to how influential that was to the film’s creation. “She started writing the score, literally off of the written word. We used that score when we were shooting the movie, which is really amazing for Joaquin, for me and for the camera operators and the crew to hear that every day that music and those themes”.

Before we get too far into the soundtrack, here’s a brief synopsis of “Joker”, for anyone who hasn’t seen the film, or just needs a quick refresher.

“Joker” closely follows the story of failed comedian Arthur Fleck, a lonely man seeking connection in Gotham City. He wears one mask during his day job as a clown, and another, metaphorical one that he projects to the world in a feeble attempt to feel as if he’s a part of it. As he becomes further isolated and disregarded by society, Fleck begins a descent into madness that leads to the eventual transformation of the classic, criminal mastermind, The Joker (spoiler alert).

The first of Gudnadottir’s score we hear in the film is “Defeated Clown”, which plays after Arthur is assaulted by some city youths. The sweeping, melancholic strings set the tone for the dark story to come, where Arthur Fleck’s life goes from bad to worse. With Gudnadottir’s score, everything that Arthur does is infused with a sense of dread. This comes through clearly with deep, ominous strings in “Following Sophie”, making it clear that Arthur is stalking her.

One interesting musical juxtaposition in the film is between Gudnadottir’s dark score, and the lively old school jazz and some classic tunes. The Main Ingredient’s “Everybody Plays The Fool” plays in the background while Arthur receives a gun as a gift from a coworker. This light song contrasts heavily with both the gift, as well as Arthur’s unfortunate circumstances. Similarly, Lawrence Welk’s “The Moon Is a Silver Dollar” plays while Arthur gives his mother a bath.

Frank Sinatra also gets some love in the soundtrack. His song “Send In the Clowns” is sung to Arthur by a drunk businessman on the subway right before he and his friends proceed to assault him. No more spoilers other than that. But let’s just say that it has the effect of triggering Arthur in a major way. Another Sinatra song that makes two appearances in the film is “That’s Life”, once as an instrumental, and again as the original.

One of the more powerful tracks in Gudnadottir’s score is “Arthur Comes to Sophie”, which emphasizes the dark truth Arthur learns about his past, before revealing the extent of his delusional mind. The somber tones punctuated by haunting, whining strings foreshadows the further decline of Arthur’s mental health. In direct contrast to that, Gary Glitter’s “Rock and Roll Part 2” sets the tone for the iconic stairway dance, transitioning halfway through to Gudnadottir’s “Escape from the Train”.

Overall, Hildur Gudnadottir’s original score to “Joker” offers a poignant and deep portrayal of Arthur Fleck’s inner world. When paired with popular music from various artists, it also offers some interesting juxtapositions that make the entirety of the music heard in “Joker” essential to the film. Still, it’s probably not a score you want to listen to on its own. Unless you’re looking for some background music to set the tone before telling a joke.

That about does it for our discussion today. I hope you enjoyed this dive into Hildur Gudnadottir’s original soundtrack to “Joker”. We’ll be back next week with another soundtrack to explore.