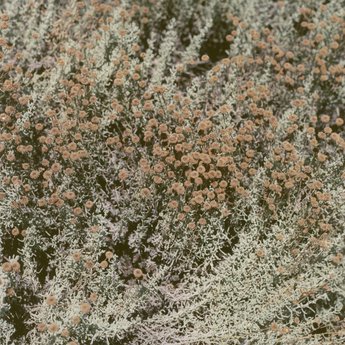 The new EP from the band Loving gives us more of the same, and in this case that’s a very good thing.

The band appeared in 2016 with their eponymous debut album, a subdued, stoner psychedelic manifesto if there ever was one. On “Loving,” the gauzy, warm sounds of the guitar mixed perfectly with the singer’s lackadaisical delivery, which sounded as if he had just crawled out of bed spewing existential thoughts and lazy day truisms.

The new four-song EP “Lately In Another Time” sounds slightly more polished than “Loving,” yet still offers up the chill vibes their fan base is expecting. This seems like music descended from the Mac Demarco kingdom of drugged-out soft rock, yet with a little more cohesion than Demarco himself ever exhibited.

If you like your music sans sharp edges, then “Lately In Another Time” is likely for you. The EP drips slowly through your ears like maple syrup, slowly filling your brain with music that seems as lazy as a day spent sailing on a windless sea. Loving’s music somehow makes you feel like you’re moving even when, in reality, you’re going nowhere.

You could describe Loving’s sound as a dream patchwork of sunny, catchy melodies, like a hazed-out Beatles that have been coated over with a coat of sky-blue paint. This is music for a placid day by the water where thoughts drift as nonchalantly as the clouds in the sky. Time is still passing like it always has, but within Loving’s sound there is a sense that it doesn’t really matter in the end.

That’s why it makes sense that some of Loving’s lyrics would be centered on ideas of nihilism and meaninglessness. “Am I living my life /As if I’m flying a kite / Without a string / Without any meaning.”

The song, the appropriately titled “Nihilist Kite Flyer,” bounces on a punchy set of piano chords that sit right below a zigzagging guitar line. The subtle piano riff that sometimes sneaks into the mix adds color to the festivities, which draw up energy from the depths of existential despair. There is no struggle to produce these thoughts though; they appear as naturally as if emerging from the headwaters of a natural mountain spring:

“And though i’ve always wanted an answer

Or am I just the one

Drifting too close to the sun”

Loving expands their usual territory on this album, such as on “Only She Knows,” a track poised on bright, folk-influenced acoustic guitar picking patterns. If it wasn’t for the lazy, psychedelic vocal delivery, this track might have sounded more like a classic Bert Jansch song from the 70s. “Is it the sun? / Is it the sun? / Only she knows.”

This current of nihilism spins its way through much of Loving’s music. Nihilism is defined as: “the rejection of all religious and moral principles, in the belief that life is meaningless.” Swollen, drunken fuzz inhabits many of these songs, perhaps bloated by their need to provide a bandage over the wound that nihilism has inflicted on the world. It doesn’t seem like Loving completely embrace nihilism by any means, but instead struggle with it, like a sinister tone that vibrates under each sound the world makes. The warm, serene tones of Loving’s music live in opposition to the meaningless, droning sound that the world produces, drowning it out the melancholia if only for a few merciful moments.

Listening to Loving seems increasingly like sitting back into the water and letting the waves take you where they may. There is feeling of fatalism, of calm acceptance of the constant change and sadness of the world. This isn’t pure nihilism or pure anything, for that matter. Loving’s music takes place from the point of view of a consciousness that seems to be floating – like a kite in the sky – viewing the world from some ascended, detached point of view.

This is where the allure of Loving’s music lies. Even without the help of drugs, taking a dose of Loving’s music is like removing yourself from the world a few degrees. As much as the instrumentation and sound is familiar, the sum of all the parts produce something like a hazed-out, sepia view of the ocean. There is both beauty and redundancy in each portrait, moving so slowly you zone out and become one with the scene they have created.

The title track gauzily ruminates on the passing of time. The lyric “Another time” refers to some future moment when all the questions will be answered: “maybe these lines on my skin / will one day answer the questions I’m asking / but for now I’ll keep an eye / on the water reflecting the open sky.” The singer wants to answer all these questions that are floating around his head, but his response to that uncertainty is not action, but placid acceptance. He is not going to search for the answers; he is going to wait until they come to him. The only active thing the singer does is pan for gold “without a river in sight.” Mystery and uncertainty are omnipresent, and there is not much faith that any answer will ever come.

Acceptance and melancholy swirl around the music of Loving, who seem to find solace and sadness in the ever-changing, beautiful nature of the world. If Loving’s musical palette consists of dark indigo, sky blue, and light grey, the moods they evoke also manifest in similar tones. “I’ve got a vision so clear in my head / It’s a strange kind of prison / It is and it isn’t.”

The four-track album “Lately In Another Time” is just the first act. Loving’s first full-length album “If I Am Only My Thoughts” will be out January 31, 2020 on Last Gang Records. Considering the close proximity of these releases, it is likely that the album will offer more lo-fi psychedelia for our tired minds to bathe in.