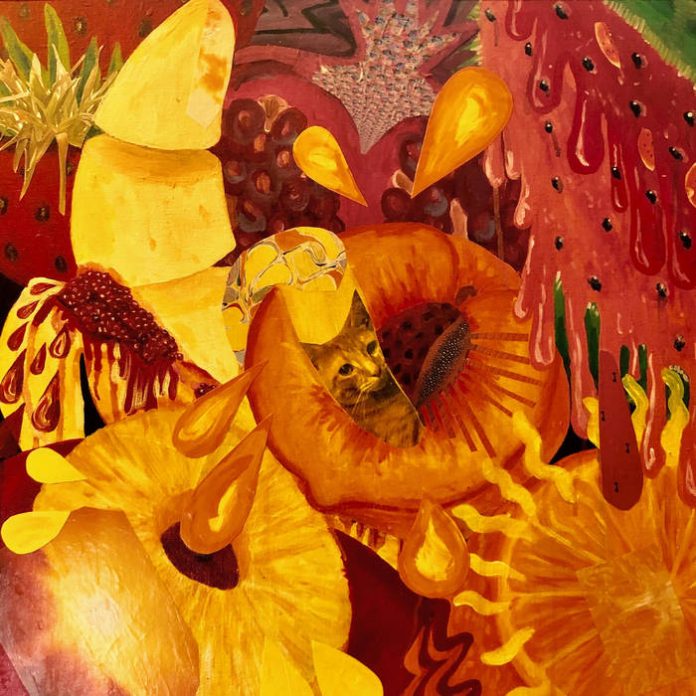 The Muncie psych outfit continue to experiment with their funky, rocky, jazzy sound on their new EP, “Hot Fruit”.

For the past month or so, we’ve been looking more closely at some of the local bands in Indianapolis and its surrounding areas. While we’ve already covered a decent amount of psychedelic rock so far, it’s hard to be satisfied by classifying Porch Kat as simply “psychedelic”. In reality, the local Muncie band successfully fuses together a variety of styles that makes pinning them down to any single one quite difficult. Their new EP, “Hot Fruit”, sees Porch Kat moving into jazz more than we’ve seen them do yet.

But before we get into the album itself, here’s a little more information on Porch Kat.

Porch Kat is a four-piece psychedelic and progressive rock band, describing themselves as “not a jam band, but a band that jams”. While they’re from Muncie, Indiana, they’re close enough that we might as well consider them a native Indy band. Band members include Matt Keyser (guitar), Tyler Padgett (guitar), Alex Kilmer (bass/vocals), and Brandon Gick (drums).

Although Porch Kat is still a relatively young group, the music they put out speaks for itself in its sophistication. This doesn’t seem to have gone unnoticed, either. While they’ve only been gigging around the city for a little more than a year, Porch Kat has already played at notable venues such as the Melody Inn, The Hi-Fi, Mousetrap, and The Pioneer.

Porch Kat released their debut single, “Smudge” last year, followed up by their debut EP, “With a K”. That initial release sounded much more like Porch Kat getting used to their own sound than anything else. It was experimental, yes, but still mainly concerned with the genres of psych rock and blues with some improvisational elements. Conversely, Porch Kat’s new album, “Hot Fruit” (released earlier this month) is more cohesive as a whole. It sounds like on this latest release, Porch Kat is feeling comfortable enough with their sound to experiment more with jazz, which they’ve touched on before.

One of the tenets of songwriting that Porch Kat perfected in their first album was the groove. And nowhere on “Hot Fruit” is that tenet neglected. Each of the five tracks manages to carve out its own, infectious groove that Porch Kat rides and rocks in. The opening track, “Saw Wood” is a perfect example of this, and throws you into the album with a funky, blues-infused riff.

One of the highlight tracks on the album is “Preposterous Happenings”, which opens with a swinging beat and groovy bass. This is one of the tracks on “Hot Fruit” where Porch Kat wades further into the realm of jazz. And it really works for them, too. The tone of “Preposterous Happenings” is very laid back and mellow during the verses, with the chorus bringing the energy back up with a sweeping, cinematic feel that juxtaposes nicely.

The album closes with the title track, “Hot Fruit”, the lyrics of which refer directly to some of the genres Porch Kat is currently experimenting with. Particularly, the line “hits and breaks in jazz and swing”. Here, the verses are more in the vein of both jazz and swing, while the chorus sticks closer to rock, with a bluesy solo thrown in the middle. The song then climaxes with a driving clatter of voices and building noises, before ending abruptly with one final guitar lick.

It’s unclear what to expect from Porch Kat next. Some of their transitions throughout “Hot Fruit” are totally unexpected, which makes the album all the more of a joy to listen to. Overall, “Hot Fruit” is Porch Kat at a more contemplative and laid back than their debut. It’s refreshing to hear them continue to experiment with their sound and style as they evolve as a band. Hopefully, we’ll see them putting out a full length album soon.

You can listen to all of Porch Kat’s new EP, “Hot Fruit” by visiting their Bandcamp page. You can also find Porch Kat on Facebook.

Every Noise At Once: New website maps every musical genre ever