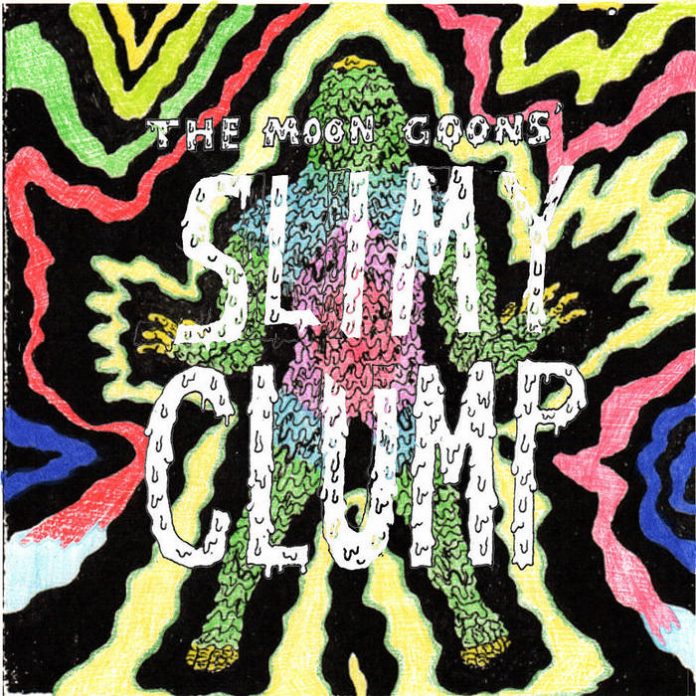 For the past few weeks, we’ve been taking a closer look at some of the music local artists in the Indianapolis area have to offer. One genre we haven’t looked into as much has been psychedelic rock. And if there’s a band in Indy who does it better than Moon Goons, I haven’t heard of them yet. Their EP “Slimy Clump” is filled with the weird and the wonderful. From songs whimsically titled, “The Magnet People”, and “Fruit Flies and Dead Guys”, what else could you expect.

If you’re a fan of the weird or experimental, you’ll definitely find something to like in the Moon Goons.

There aren’t many bands out there that can manage to capture the spirit of psychedelia in the same way as Moon Goons. Some of their melodic and tonal choices come so far out of left field, that the resulting disorientation can make you feel like you’re on a trip yourself. But it’s also refreshing to hear a band so fascinated by the weird that they want to share it with the world. And for what it’s worth, Moon Goons make the weird pretty darn appealing.

As a local band, Moon Goons are quite active at playing shows in the community. Last month, they performed at Square Cat Vinyl in Fountain Square along with Zap Black and Radar Gold. Moon Goons’ next show in Indy is coming up on January 10th, when they’ll be playing at the Hoosier Dome with The Founders, Awetree, and The Safest Ledge.

“Slimy Clump” is a short, six track, psychedelic romp. Though its total run time is less than fifteen minutes, those fifteen minutes contain some real gems.

There seem to be two main emotions that Moon Goons waver back and forth between. One is the whimsical, in songs like “Plastic Static Matter”, “Glow in the Dark Brain”, and “The Magnet People”. In these, it’s clear that Moon Goons are just having fun, and bringing infectious grooves at the same time. The other emotion is more melancholic and dark, characterized more by tracks where Brooke Rice sings lead, like “In Heaven Everything is Fine”, and “Pan’s Lullaby”.

One of the highlight tracks for the album has to be its closer, “Pan’s Lullaby”. The composition, written by Javier Navarrete for Guillermo del Toro’s “Pan’s Labyrinth”, features lyrics contributed by Moon Goons’ Brooke Rice. Its soft, haunting melody pairs well with Rice’s voice, and gives the album some much needed contrast from some of the more abrasive, fuzz-filled tracks.

Overall, if you’re into the weird and psychedelic, then you’ll probably dig this album. Conversely, if you’re more into soft and haunting melodies, you’ll also find something to appreciate. Right now those seem to be the two main channels Moon Goons like to flip back and forth between. “Slimy Clump” serves as a good introduction to Moon Goons. And with a run time of less than fifteen minutes, it shouldn’t take you long to figure out they’re worth the time.

You can listen to all of the Moon Goons’ album, “Slimy Clump”, by visiting their Bandcamp page. For more information on Moon Goons, you can find them on Facebook.

Dems debate how to hit Trump on virus, economy amid crisis

UN health agency on defensive after Trump slams it on virus

When will J-Lo’s new Spanish-language album be released?