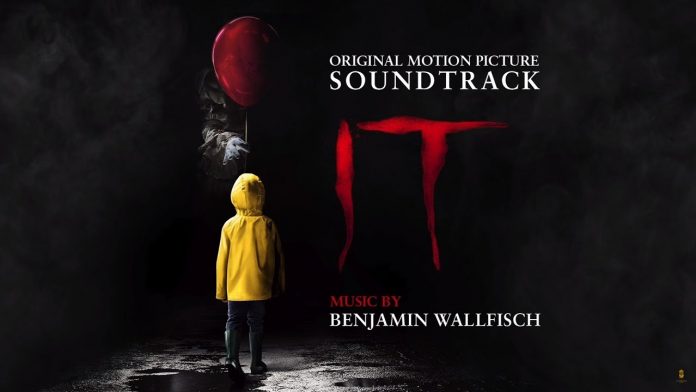 With an original score by Benjamin Wallfisch, the haunting soundtrack to “IT: Chapter One” is paired with brief splashes of music from the ’80s.

For the past few weeks, we’ve been looking into soundtracks from mostly action movies, with one Tarantino flick thrown in for good measure. But now that winter has finally hit us, the genre of horror seems to be more appropriate than any other. Maybe it’s the cold silence that comes with the snow covered ground, or maybe it’s the lack of sunlight and quickening nightfall. Whatever the cause, winter is truly the time for horror to reign. And to kick us off with horror, we’ll be looking at the first part of the remake to Stephen King’s classic, “IT”.

But before we get into the soundtrack itself, here’s a brief run down on the plot, for anyone who either hasn’t seen the film, or just needs a quick refresher.

“IT: Chapter One” follows the story of seven young misfit kids residing in Derry, Maine one summer begin to be hunted by the evil, shape-shifting clown Pennywise – an ancient beast who emerges every 27 years from the sewers to prey on the town’s children. As the friends band together, they all must overcome their own personal fears in order to rid the town of the evil presence once and for all.

Before we get into the score, I want to take a moment to talk briefly about the use of popular period music in “IT: Chapter One”. Unlike the original, this remake of “IT” is set in the ’80s. And while it could be filled with identical tracks to any season of “Stranger Things”, instead the soundtrack features short snippets of songs that remain grounded in character.

Rather than soaking us in nostalgia for the ’80s, the popular song choices appear naturally for brief moments. When Beverly first meets Ben, for instance, he’s listening to New Kids on the Block. The two bond together as Beverly teases him, and then again when she sees his poster on his bedroom door. Both of these moments feature brief clips of songs from New Kids on the Block, but their length and emphasis is restricted for the purpose of character building.

For the score, Benjamin Wallfisch incorporates the piano in a number of his compositions to great effect. Both “Every 27 Years” and “Paper Boat” ease into the creepiness of the film, before Pennywise ever appears on screen. Then, when shit really hits the fan, tracks like “Saving Mike” and “Time To Float” crank up the tension with whining, grating strings and powerful percussion. Also present in “Saving Mike”, as well as a few other tracks, are choir-like children’s voices that provide an extra dose of creepiness that isn’t needed, but certainly does its job.

But for all the haunting and hair-raising tracks, there’s also a good deal of sweetness and hope on the “IT: Chapter One” soundtrack. Both “Beverly” and “Kiss” have a certain tenderness to them. And while it’s definitely a rare moment for the film, it helps to balance out some of the scares. Additionally, “Blood Oath” carries with it all the heaviness and hope that fits one of the movie’s final scenes. It’s swelling strings capture the same sense of relief mixed with determination felt by the little group of misfits on screen.

Overall, the soundtrack to “IT: Chapter One” has everything you could ask for in a horror movie. It’s the perfect accompaniment to all the jump scares, the building sense of dread, and the climactic final fight. More than that, Benjamin Wallfisch’s score manages to fit in all the little human elements too, making it easier for us to connect with the characters. It’s one of those really great soundtracks that might otherwise go overlooked by some, but don’t sleep on it.

That about does it for our discussion today. I hope you enjoyed our exploration of Benjamin Wallfisch’s original score to “IT: Chapter One”. We’ll be back next week to go over the soundtrack to second chapter of “IT”.

“Unsane” brings some old school paranoia into the digital age