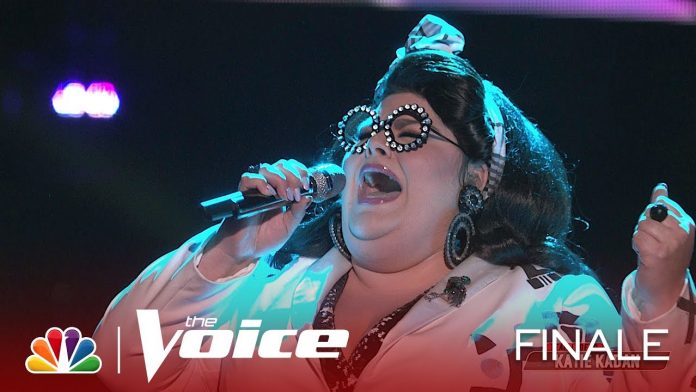 Maybe it is because Christmas is only a week away; or, maybe it is because audiences cannot believe that there have been 17 seasons of “The Voice.” Whatever it is, there was some electric about the performances of the Final Four on Monday night. Perhaps that is what’s driving the anticipation – – stellar performances.

Monday night on “The Voice”

The performances were stellar from all four of the finalists: Ricky Duran, Katie Kadan, Jake Hoot and Rose Short. Representing different genres, the four took to the stage multiple times as solo acts and as part of duets with their coaches. Each showcased a fashion sense that highlighted the music he or she was to perform, not to mention their personalities.

Every performer in Monday night’s show demonstrated why he or she was in the Final Four. That has not always been the case. Even for people who haven’t watched every episode, Monday night’s was the one to catch up on the long-running performance show.

Even though there were only four performers, the dizzying array of outfit changes, for Kadan and Short, anyway, were enough to make audiences think more than a handful of singers remained. Outfits were coordinated down to the eyeglasses (Kadan) and makeup (Short). Sparkle highlighted everything, and none of it managed to distract from the singing.

Some of the highlights from the show include Duran’s kicking off the night with a cover of Tom Petty’s “Runnin’ Down A Dream.” Duran also plays guitar and has experience playing in bar bands. His well-styled looks and rocker voice gave judges hope that rock was alive and well on “The Voice.” Duran’s rocker cred was proven again during a duet he performed with his coach Blake Shelton. The two performed Chuck Berry’s “Run, Run Rudolph.” With both playing guitar, the performance was rousing.

Hoot performed a moving mid-tempo song he wrote for the competition, “Better Off Without You. The song melds elements of country and rock and sounds radio-ready. It was important for Hoot to show a new side of himself on the show. That might give him the edge he needs to win it all.

Kadan made good use of her blues-oriented voice. She performed “Merry Christmas, Baby” with her coach, John Legend. Online responders raved over the chemistry, the style and overall approach to the song. Kadan, too performed an original song, “All Better” which is a sultry good-riddance to a bad ex tune.

Short made a splash not only with her outfits and hairstyles, but with her original song, “Steamroller.” She also had fun spoofing “American Bandstand” with coach Gwen Stefani, as they performed a Christmas song, “My Gift Is You.”

In a few hours, the anticipation will all be over. Any of the four coaches could win, a development that has not happened since Season 10. From country (Hoot) to blues (Kadan) there was something for everyone in last night’s episode of “The Voice.” With all four of the remaining performers being so talented, it is difficult to see a clear frontrunner. The “wait and see” attitude that permeates “The Voice” continues until tonight’s episode.

I Went to a Concert by Mistake: Last Good Year, Win...