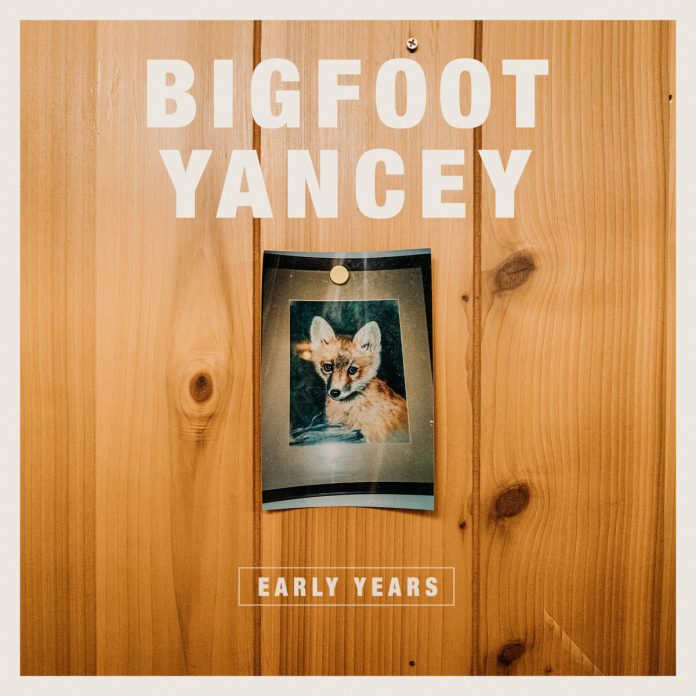 Local Indy Americana band Bigfoot Yancey released their most recent album, “Early Years” this summer. But its songs are more than appropriate for the cold winter months ahead.

Recently, we’ve been covering a lot of local Indianapolis bands. This week has been more heavily geared toward rock fans, so we thought it’d be nice to show some love to Americana and folk. As far as those genres go, Bigfoot Yancey is a solid presence in the Indianapolis community. And their new album has everything in it that their fans love about them.

But before we get into “Early Years”, here’s a little more information on Bigfoot Yancey, for those who either aren’t familiar with them, or just a little curious.

Bigfoot Yancey is an Indianapolis Americana and folk band that started up in 2015 with their debut EP “Welcome to the City”. Their sound draws from a variety of genres, but mostly stays firmly rooted in those of Americana, folk, bluegrass and indie. Bigfoot Yancey keeps their sound as stripped down as possible by going fully acoustic. While some may question this seemingly anti-technological stance, their set up results in some explosive, high-energy live performances that are capable of taking place at virtually every venue in the city.

If you follow the Indy music scene at all, you’ve no doubt heard of or seen Bigfoot Yancey perform. They were a featured act for the past two years at the Virginia Avenue Folk Fest, and have also played the Indianapolis Wine Fair and Indy Pride Fest, among other festivals.

Since releasing their 2015 debut EP, Bigfoot Yancey have put out two subsequent albums, along with several singles. Their first full length album “Hills” was released in 2017, along with the single title track and “Blue Clouds”. They may not be as prolific as some of the other local bands out there, but what Bigfoot Yancey lacks in quantity they make up for with quality.

The opening track, lead single, and all around highlight track for “Early Years” is “Stranger”. On first impression, it sounds stylistically similar to a lot of songs by Mumford & Sons or The Decemberists. Mainly driven by a consistent, rhythmic acoustic guitar, it’s also one of the few Bigfoot Yancey songs that contains a horn section in it. This is a track that shines after each consecutive listen. The first time you hear it, it may sound a bit simple and cliche, but the beauty in “Stranger” is in its care and attention to the finer details.

In contrast, “A Hero’s Death” is a slower, more somber ballad, where Bigfoot Yancey brings out a more rare sense of melancholy. While the entire album came out in July, this is one of its songs that seems to fit more with the winter months. “Flowers” is another track that shares this somber side of Bigfoot Yancey. While they’re songs that aren’t necessarily as popular as their more energetic ones, it’s refreshing to hear Bigfoot Yancey stretching their songwriting muscles into new areas.

The second half of the album picks up the energy a little with “Breathe”, which brings out a little more of a bluegrass feel. There’s still a bit of nostalgia in there, but one with more of a hopeful tone that serves as a nice turning point for the album. “Welcome to the City” continues to build the energy up to “Sunset”, which sounds like Bigfoot Yancey at their most carefree throughout “Early Years”. The album ends with “Opal’s Hymnal”, a smooth and contemplative instrumental that helps to ease the energy levels back down, and gradually release us with the susurration of ocean waves.

Overall, “Early Years” is a solid addition to Bigfoot Yancey’s discography, and is perhaps their best work yet. I particularly liked the fact that they went for more contemplative compositions this time around, and seem to be maturing more as a band. For any and all fans of Americana, bluegrass, or folk, Bigfoot Yancey’s “Early Years” is one to hear. I’m looking forward to seeing what Bigfoot Yancey brings to their next album. Hopefully it comes sooner rather than later.

You can find out more about Bigfoot Yancey by finding them on Facebook, or visiting their website. You can listen to the rest of “Early Years” and more by heading over to their Bandcamp page.

Finally, if you’re looking for more coverage on Indianapolis music, be sure to check out the LemonWire Music Corner, where we’re bringing in local artists, and giving them a platform to perform in our space.

Giant Not Giant, Song of the Day: “Stuck In Your Throat”

Americans from China virus zone evaluated at military base