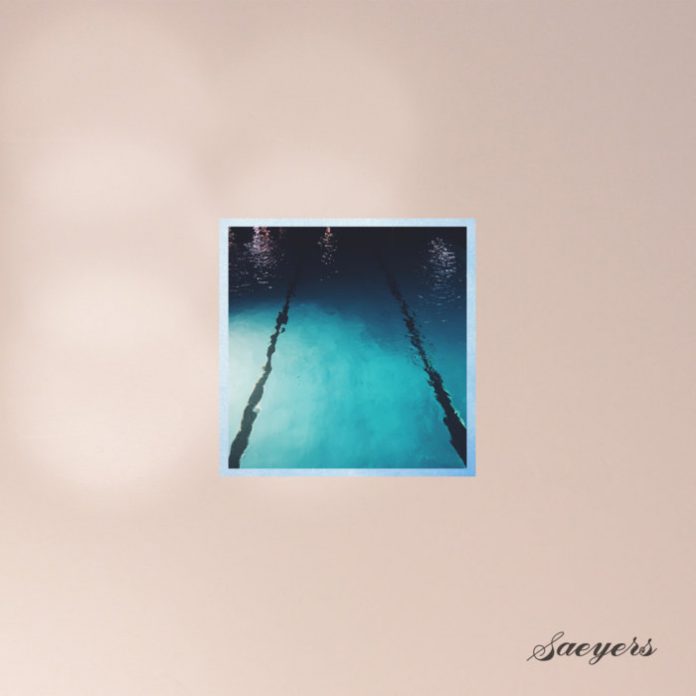 Bloomington based multi-instrumentalist Saeyers recently released his debut, self-titled EP. The five tracks within contain an ambient and atmospheric mix of dream pop with classic rock influences that is both refreshing and ear-grabbing.

While we’ve been covering a lot of music from Indianapolis lately, there are just as many equally talented artists in some of Indiana’s other cities. A lot of great music comes out of the college town of Bloomington, Indiana, and Saeyers is no exception.

So before we get into the EP itself, here’s a little more information about Saeyers, for those who haven’t heard of him.

Saeyers is the musical project of multi-instrumentalist and songwriter Marshall Lewis from Bloomington, Indiana. Before becoming known as Saeyers, Lewis started writing music while in high school in 2013. Shortly after, Lewis started working with music blogger turned engineer/producer Kevin Flick (Puddlegum), who currently works as his producer and manager.

Performing every instrument, layer, and vocal tracked on the EP, Lewis recorded and co-produced “Saeyers” in his bedroom studio with Flick. Four singles of the five-track EP were released over the course of this year. Beginning with the heavy-hitting “Cruise” in January, and ending with the laid back instrumental “The Greatest”. “Saeyers” was released in October, and currently has nearly 6,000 monthly listeners on Spotify.

But as they say, no reward comes without a struggle. As a result, the EP holds an important, emotional significance to Lewis.

“These last couple years have seen a lot of difficulty, but also many little victories,” says Lewis. “I spent a lot of time mulling things over in my head, and had to learn a lot of hard lessons. This EP is my expression of enjoying the little things and coming to terms with it all, knowing that life keeps going.”

“Saeyers” opens with the leading single, “Cruise”. Only two weeks after the single’s initial release, it was selected by Spotify’s editorial staff for their “Fresh Finds” playlist. Combined with “On Fire”, the two singles drew 75,000 streams over nine weeks. They were also added to over 1,000 playlists.

“Cruise” sits comfortably within the genres of dream pop and electronic. While aesthetically, it fits within the overall style of the rest of “Saeyers”, “Cruise” is actually rooted in classic rock tropes. This goes beyond the sprinkling of riffs, and to the song’s very structure. Each element in “Cruise” combines to bring a song that is not quite pop, not quite electronic, and not quite rock, but a refreshing mix of all three. With all of that going for it, it should come as no surprise that “Cruise” is the stand out highlight track on “Saeyers”.

The entire “Saeyers” EP is drenched in reverb. But rather than going too far with it, the effect works well within each composition. It helps to support the dreamy atmosphere that permeates through the album. Paired with the heavy use of synths, the EP also evokes sounds of the ’80s.

Any of the songs on “Saeyers” could find their place as background music for a long drive or a relaxing day at the beach. All of the reverb, ambient synths, and soft rhythms raise the chill factor of this album substantially. The only danger of listening is the possibility of falling into a deep trance with the music on repeat.

“Saeyers” is a true pleasure to listen to. Every song is catchy and unique, with Lewis’ voice ringing clear. The only downside is that a lot of the songs sound pretty similar to each other. On a first listen, this can make it hard to separate one track from another. If there was one criticism I could make for “Saeyers”, it would be to experiment with different sounds and textures more. All things considered, however, that is a very small criticism.

Overall, the album is everything it wants and needs to be. In a world where some artists can’t even succeed at what they’re trying to do, that much alone is a victory for Saeyers.

If you enjoyed this review, be sure to listen to Saeyers’ self-titled EP on Bandcamp. To find out more about Saeyers, you can visit his website, or find him on Facebook.

Finally, for more coverage on the Indy music scene, be sure to check out the LemonWire Music Corner, where we’re showcasing local Indianapolis artists from the community.

Preview: The Social Animals come to The Hi-Fi