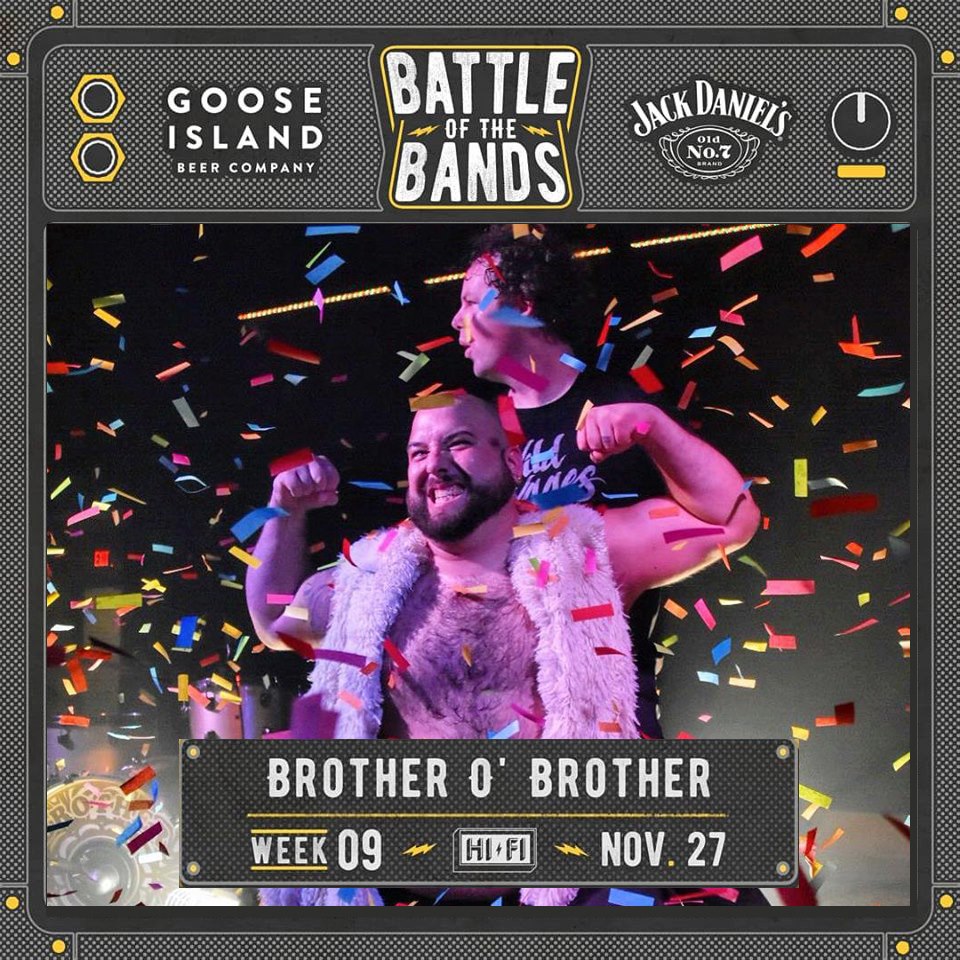 Most people have a certain stereotype in their minds when they hear the words “garage rock”. Usually, a group of teenagers long on enthusiasm but short on talent, making vaguely musical noises with guitars. While that admittedly would describe many garage bands, it would not describe Brother O Brother. And a good thing too, otherwise there would be little point in discussing them here.

Brother O Brother is Chris Banta and Warner Swopes, two Indy locals that decided that the music they loved was meant to be shared with the world. Both avid fans of sixties protopunk and blues-rock, they incorporate influences from both into their sound. Theirs is quintessential garage rock. That is to say, raw and a little imprecise but bristling with energy.

Brother O Brother favors a distortion-heavy sound built around simple melodies and high-energy performances. Their choice of musical instruments is likewise simple, a guitar and a drum set. That’s it. It’s electrifying enough to hear from the speakers but is absolutely ferocious live. It’s telling that one of their chief influences is MC5 because they almost certainly share a raucous performance style. Just as tellingly, another strong influence is Jimi Hendrix, a fact that reflects itself in their use of distortion. Especially in their fuzzy guitar work.

In fact, it’s the fuzz that Brother O Brother tends to emphasize. It adds weight and fullness to their sound that the simple melodic structures they use generally cannot support. The overall effect is almost hypnotic, a nice contradiction considering their frenetic playing style.

Brother O Brother has attracted a fair amount of critical buzz in the last few years, particularly after the release of their 2017 LP Electric Native. They are still very much a local band, however, and regularly perform around the Indianapolis area. Electric Natives indeed.

For more on Brother O Brother and other artists, and much, much more, please visit LemonWire’s YouTube channel.