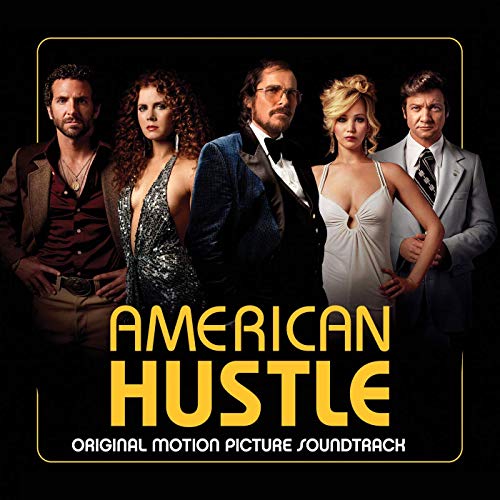 The soundtrack to David O. Russell’s black comedy crime film is as eclectic as the film itself.

Welcome back to another Exploring Soundtracks. Lately, we’ve been looking at film scores and soundtracks to mainly action films. We covered nearly the whole gamut of recent action movies, from “Anita: Battle Angel”, to “Godzilla: King of the Monsters”, and more. But today we’re changing tracks again, by moving into the soundtrack to the 2013 black comedy crime film, “American Hustle”.

Music plays a big role in “American Hustle”. Just like in films like “Goodfellas”, Russell uses music to give the audience glimpses into the minds, identities, and journeys of the characters on screen. It’s one of the reasons why the soundtrack to “American Hustle” was nominated for a Grammy.

But before we get into the soundtrack itself, here’s a brief synopsis of “American Hustle”, for anyone who hasn’t seen the film, or just needs a quick refresher.

“American Hustle” was inspired by the true story of the FBI Abscam sting operation of the late 1970s and early 1980s. The film follows two con artists, Irving Rosenfeld (Christian Bale) and Sydney Prosser (Amy Adams) who are forced by an FBI agent (Bradley Cooper) to set up an elaborate sting operation on corrupt politicians, including the mayor of Camden, NJ (Jeremy Renner).

In an interview with Esquire, David O. Russell revealed the important role that music plays in “American Hustle”.

This careful and deliberate use of music is seen when Irving and Sydney meet for the first time. The two bond over Duke Ellington’s “Jeep’s Blues”, and then in the following scene listen to it together, agreeing that the song is “magic”. The old jazz music brings out a sense of romance between the two. Music continues to define the romance between Irving and Sydney in the montage of their budding relationship with “I’ve Got Your Number” by Jack Jones.

The diversity on the soundtrack is one thing that makes it really stand out over other period films. The songs don’t all come from the time period the film is set in, but are instead used to evoke an emotion rooted in character. Donna Summers’ “I Feel Love”, and “Don’t Leave Me This Way” by Harold Melvin & The Blue Notes are both good examples of this.

One of the best musical scenes in “American Hustle” comes in toward the end of the film. It’s when Irving’s wife Rosalyn decides to leave him, and cleans her house while listening to “Live and Let Die” by Wings. It’s not a very long scene, but the song itself is so powerful, and Jennifer Lawrence’s performance really sells it.

Overall, the soundtrack to “American Hustle” is full of a diverse selection of different genres and periods. But more than its eclectic nature, the real metric by which this soundtrack succeeds is through its use of matching each song with a character. These songs anchor themselves on each character’s emotional journey throughout the film. If while watching “American Hustle”, you noticed a particular song resonating with you, that is the reason why.

That about does it for us today. I hope you enjoyed our discussion of the soundtrack to “American Hustle”. We’ll be back next week with another soundtrack to explore.

Why “The Shining” is the greatest horror movie of all time