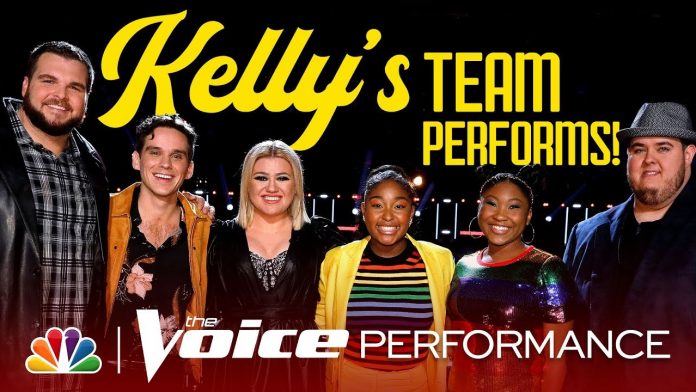 Another season of “The Voice,” another season of surprise knockouts and eliminations. An untelevised field of hundreds of hopefuls has been whittled down to 10. Shared between four coaches, the final 10 have a lot of pressure placed on them. Once, not so long ago, a coach had no singers in the final. How does a person keep up the energy for other people’s singers? While that remains unclear, what is obvious is that the same could happen again.

“The Voice”: the coaches and their contestants

As of this week’s competition, the 10 singers are divided in the following way: Blake Shelton has two contestants still in: Kat Hammock and Ricky Duran; Gwen Stefani has three: the stolen Joana Martinez, Rose Short and Myracle Holloway; Kelly Clarkson is a contender, also with three: The duo Hello Sunday, and singers Jake Hoot and Shane Q. Last but not least, John Legend will vie for another winning season with the following three contestants: Katie Kadan, Marybeth Byrd and Will Breman.

“The Voice”: eliminations and emotions

This is always when “The Voice” gets interesting. No matter how open-minded a viewer was when the show started, when the number of contestants gets down to 10, the stakes are higher for singers. Those stakes mean that it will not be long until a final four, a runner-up and a winner are chosen.

This season has been so far almost free of controversy. Of course, there will always be those who are disappointed by a certain singer’s elimination, but as for the glaring issues that have faced the show in the past, none come to mind.

Also, the elimination of certain singers means that some genres are no longer represented on “The Voice.” However, it is highly possible that those singers will find success aside from “The Voice.”

With fewer singers, it is easier to make predictions about who will make the final four and, ultimately, who will win. Even if this season’s favorites don’t win, they could come back, as such has happened before. When it comes to “The Voice,” audiences simply need to keep watching and listening.

Song of the Day: “Taken for a Fool”