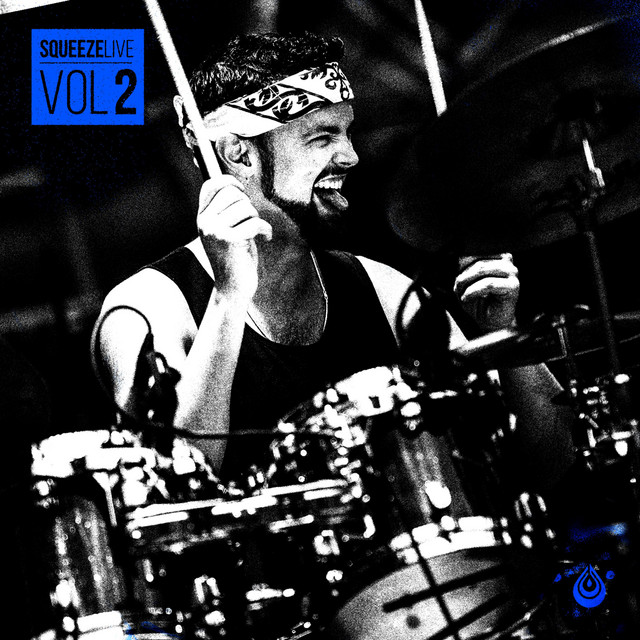 Indiana-native jam band The Main Squeeze released the second volume of their live performances last summer. With a significant number of songs pulled from their concert at Indianapolis’ Vogue Theatre last year, “Squeeze Live: Vol. 2” does not disappoint.

Last August, The Main Squeeze released the second volume of live performances in album form, so that even if you’ve never had the chance to see them play live, you can get the next best thing. And if you did manage to hear them play while they were at the Vogue Theatre last year, there’s a chance you might even be able to hear yourself cheering in the crowd.

But before we get into the album itself, here’s a quick overview of the Main Squeeze, for those who aren’t familiar with them.

The Main Squeeze began as a local jam/party band in Bloomington, Indiana around 2010. Over time, they became more cemented in the local scene, came out with some original material, and began going on tour. They released their self-titled debut album in 2012, followed up by the Randy Jackson-produced “Mind Your Head” in 2015. In 2017, they released their third full-length album, “Without a Sound”.

The Main Squeeze may currently be based in Los Angeles, but they originally made a name for themselves off the campus of Indiana University in Bloomington. And every tour they embark on, they never fail to continue to spread the love with performances across the state in Bloomington, Indianapolis, and Goshen, Indiana.

“Squeeze Live: Vol. 2” opens with a performance of “Dr. Funk”, one of The Main Squeeze’s more popular songs that made its first appearance on their 2011 debut, “First Drops”. Since then, it has remained one of their mainstays for their live performances. And for good reason, too. “Dr. Funk” is a fresh and groovy fusion of rock, soul, jazz, and mostly funk, hence the name. This is also a particularly great version of the song, as Corey Frye can be heard shouting out, “What’s up, Indy?” halfway through.

One of the benefits of listening to a live performance compilation, is that sometimes you get two back to back songs recorded in the same performance that transition seamlessly from one to the other. This happens with the first two songs on “Squeeze Live: Vol. 2”. The end of “Dr. Funk” transitions right into “Mama Told Me” without missing a beat.

The highlight track from this album has to be “I’ll Take Another”, which was also recorded during The Main Squeeze’s performance in Indianapolis. Like “Dr. Funk”, this is another song that was an early hit for The Main Squeeze, having made its first appearance on their self-titled album. “I’ll Take Another” has some of the best high-energy jams in it. The extended improvisation that plays out as a battle between the keys and guitar goes to another level when they both transition and sync-up their melodies. The musicianship here is simply incredible. It takes you to another level. It’s jamming at its finest. And married with a hard rock vibe that never fails to get the crowd hyped up, it’s actually irresistible when heard live.

Of the eight live tracks on “Squeeze Live: Vol. 2”, five of them come from The Main Squeeze’s appearance at the Vogue Theatre one year ago. That alone was reason enough to review this album. The fact that it’s another great display of The Main Squeeze’s talent is just icing on the cake. The other three come from performances at the Thalia Hall in Chicago, and the Fillmore in Philadelphia. All of the concerts were recorded within a two week period.

If you’re looking for an album to rock out to, then look no further. “Squeeze Live: Vol 2” has all that and more. It’ll have you tapping your foot while you simultaneously and compulsively search for tickets to the next Main Squeeze concert. Which, coincidentally, is coming up in Indianapolis, when they’ll be returning to The Vogue Theatre on November 27th.

If you liked this review, you can listen to all of “Squeeze Live: Vol. 2” on Spotify. And if you maybe first want more information on The Main Squeeze, you can find it by visiting their Facebook page.

If you’re looking for more coverage on the Indy music scene, be sure to check out the LemonWire Music Corner, where we’re bringing in local Indianapolis artist from around the community.

“The Addison Effect” continues in “The Voice” hopeful’s hometown

Marilyn Manson’s fake gun stunt not sitting well with many