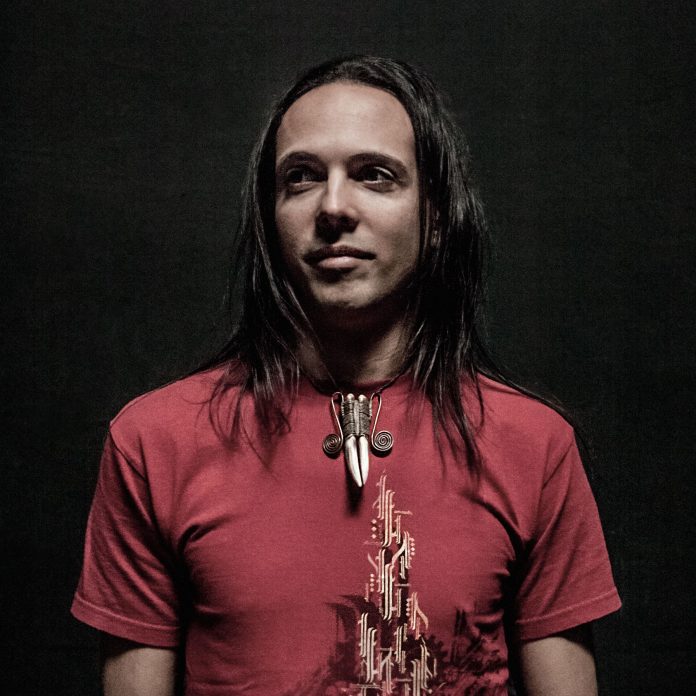 Global Bass pioneer David Starfire talks about collaboration, giving back, and his recent EP, “Future Self”.

David Starfire specializes in producing world-fusion blended with a healthy dose of electric dance and dub energy. He has performed internationally, from Egypt to Thailand, Norway to Costa Rica and Mexico, as well as most major European cities. Along with international performances, Starfire has also played at nearly every major music festival, including Coachella, Burning Man, Eclipse, Outside Lands, and more.

After the release of his new EP, “Future Self”, I got the chance to sit down and have a talk with David Starfire.

LemonWire: What was your process like when putting together “Future Self”?

David Starfire: I basically wanted to take my life experiences and musical experiences and bring them all together. I’ve traveled around the world, working with different musicians. Indigenous musicians, traditional musicians from Thailand, Egypt, Australia, India, South America, Africa – and take some of these recordings and experiences and put them in the album. I also have incorporated my musical upbringing with the school symphony, marching band, jazz band, rock band, and electronic music as well. I wanted to combine everything and bring it together for this album and wanted to create something that was very different, something that people haven’t heard before.

LW: So your music, it also involves lots of compilations and remixes and collaborations with other artists. Do those choices come from a personal preference on your part? Or do you see it as sort of an essential characteristic of global bass to collaborate and fuse styles and artists together?

DS: Well, when it comes to instrumentation, I’m limited to the instruments that I know how to play, which are more traditional instruments like guitar, bass, keyboards, drums, and percussion. So, to use instruments around the world, whether it’s a sitar, tabla, sarangi, or didgeridoo, I like to do is collaborate with musicians who play these instruments very well instead of using samples. I like to work with master musicians and it’s important to have very high-quality professionals record with me on tracks. So in order for that to happen, I need to collaborate with other people who have those skills. I also enjoy recording with street musicians and spent time in the border zones of Burma recording refugee musicians for my Karuna album. I really like collaborating and there’s an exciting synergy or chemistry that happens when people are collaborating on music. It’s very exciting to work with other people and I enjoy it very much.

LW: How do you choose who to collaborate with? Is it based on whoever’s music you like or who’s available, or combination of those things?

DS: It’s a combination of both. I try and record with people who I’m really fond of, people who I look up to as some of the top players in the field. I’ve been very fortunate to record with some amazing artists. I’ll play different festivals and I’ll meet people and I respect their music, they respect my music and I’ll say hey, let’s collaborate. Most of the time people are excited and interested in collaborating, but everyone’s busy, and it sometimes takes a while and the collaboration happens when it’s the right time.

LW: You’ve been a part of several different charities from Beyond the Grade to the Thai Freedom House. Are there any others that you’re you’re currently working with?

DS: Actually, yes. I’m about to launch a company that makes sample packs and it’s called Loops for Good, distributed through Black Octopus, and 10% of the profits of each sample pack is going to a different organization. The first one is going to be Burma and Thailand sample pack from my recordings when I was there making the Karuna album and 10% of the profits will go to the Thai Freedom House who I worked with before.

Don’t miss out on the second half of the interview, in which David Starfire shares his thoughts on virtual reality, advice for new musicians, and his next projects.

You can find out more about David Starfire by visiting his website.

For more interviews with artists, be sure to check out the LemonWire Music Corner.