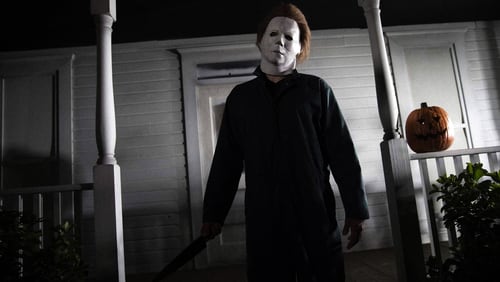 With Halloween only a day away, don’t miss out on some of the best horror scores of film history.

Most people don’t necessarily consider the music first when it comes to horror films. With all the distractions that come from the jump-scares, paranormal figures, and disturbing visuals, it’s understandable. But don’t underestimate the power of a good horror score. Often, the music in horror movies lays the groundwork for the scares to come, building a sense of dread until it’s presence is so palpable and thick that you can’t help but become fully immersed in the story unfolding.

While this won’t be a fully exhaustive list, we’ve tried to gather a handful of some of the best horror movie soundtracks out there. Our selection ranges from the early classics all the way up to contemporary favorites.

There might not be a more recognizable and iconic theme than John Carpenter’s “Halloween Theme”. The legendary director’s use of heavy synths and piano have served as inspiration for countless horror soundtracks since. In an interview with Consequence Of Sound, Carpenter revealed that he only had three days to compose the entire score. The iconic theme itself was completed in a single hour.

Arguably one of the greatest horror movies ever made, Stanley Kubrick’s “The Shining” is a masterpiece on every level. A known perfectionist, Kubrick paid nearly as much attention to the music in his films as the directing itself. “The Shining” is no exception. Kubrick used a selection of non-original music for the film, with stylistically modernist qualities. But perhaps the most recognizable and dread-filling, is the film’s Main Theme, composed by Wendy Carlos and Rachel Elkind.

An underrated and often overlooked classic horror film, Bernard Rose’s “Candyman” plays with the Bloody Mary urban legend in an intelligent, creepy, and visceral adaptation of the Clive Barker short story, “The Forbidden”. Set to the Philip Glass’s hair-raising score, “Candyman” becomes even more effective in delivering its epic and unsettling story.

With a new twist on the zombie genre, “28 Days Later” brought a terrifyingly intense experience to movie goers in the early 2000’s. With its unique viral, zombie epidemic, the film also comes with a stellar soundtrack by John Murphy. It also features tracks from Brian Eno, Grandaddy, and Blue States. And one of the final, climactic scenes wouldn’t be the same without the accompanying track, “In the House – In a Heartbeat”.

Jordan Peele’s directorial debut masterpiece brings out similar feelings of dread in its roots based, main title track, “Skiliza Kwa Wahenga”. With a full score composed by Michael Abels, with collaboration with veteran composer Timothy Williams. The result is a haunting and spine-tingling musical landscape that’s as unique as the film itself. Another highlight includes Childish Gambino’s “Redbone”.

Ari Aster’s story about a family secret with a sinister fate doesn’t pull any punches when it comes to delivering intense imagery, and a paranormal conclusion. The soundtrack, composed by Colin Stetson, creeps in and slowly builds throughout the course of the film. Ultimately, it reaches its peak upon the revealing scene of one nefarious character, who is met with a score of chimes, bells, and trumpet. It’s one of the most magical and terrifying scenes in the film, which is made all the more powerful due to Stetson’s score.