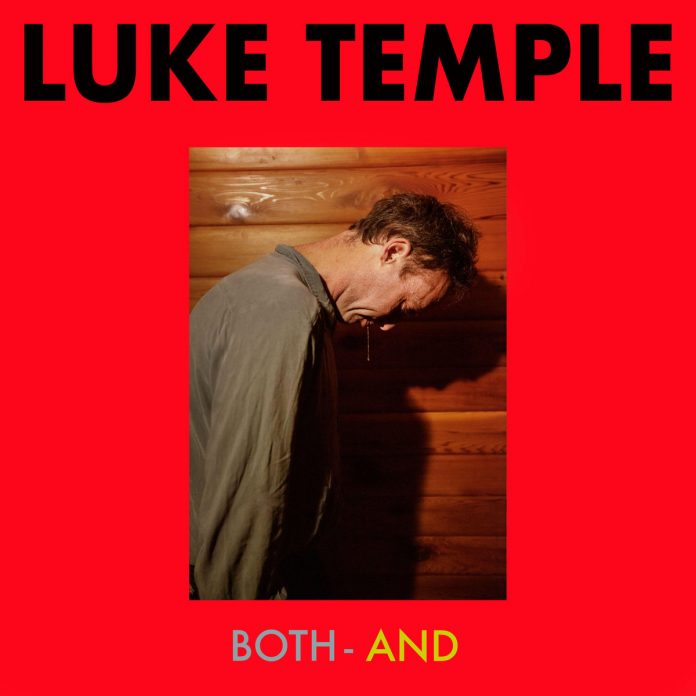 Some musicians get better with age. Like a fine wine, they add layers of flavor to their palette, accumulating years of experience that they ingest and mold into their music. Even after receiving acclaim for his psychedelic project Here We Go Magic and getting a nod of approval from Thom Yorke after performances at Glastonbury and Bonnaroo, Luke Temple’s best days look to be ahead of him. He seems to have benefited from his Radiohead-esque ability to synthesize a wide swath of styles into his own, unique musical vision.

The multiplicity of his work draws from his layered experience and as a result exists fluidly between the boundaries of his various projects. At this point in his career, Temple has established himself as a musical chameleon of sorts, one as capable of producing ambient soundscapes as he is of toying with pseudo reggae jams. Each one of his solo albums under his own name have played with different ideas, from the tape hiss and folk ballads of his early years to the synth-pop choruses of singles like “Florida.” Having lent his name to the pursuit of musical unpredictably, his current project is deceptively cohesive even while its surface shifts like the tectonic plates of the earth.

“Both-And” falls under many umbrellas, at the center of a giant diagram of genres and sounds. These elements of crossover appeal is what makes Temple’s music so fascinating, both as a listener and a production engineer. At times the album is dark and brooding, and at others is bouncy and light. Whatever moods and feelings he evokes, though, Temple demonstrates a masterful craft on this album. It takes various degrees of restraint and vision to put together a convincing sonic world. More than anything else, this is what Temple has accomplished here.

At center stage on “Both-And” are the beats, which Temple uses much more extensively than on many of his previous releases as a solo artist Most of these songs are worlds away from his work on “Don’t Act Like You Don’t Care” from 2011, or even his 2016 release “A Hand Through the Cellar Door.” Buoyant rhythms, some with a slight bossa nova or Latin flair to them, propel a handful of these songs forward through layers of light atmospherics and jazz-inflected chord changes. Though these sorts of exotic rhythms often play a heavy-handed role in the mix, Temple has placed them in a perfect in-between state, just enough to allow them to influence the song and forget they’re even there.

Even the folk-oriented songs on “Both-And” have higher aspirations for themselves. Standout track “Wounded Brightness” might just have been a brooding, pastoral folk song if not for the shuffling syncopation of the drums and Temple’s powerfully understated arrangement. An expansive synth joins the song a little after the halfway point, an injunction that is slightly jarring but ultimately adds a lot of color to the song. “Pray for simple dreams / Hallelujah / Simple dreams are falling / Simple dreams are falling through the air.” Temple seems to be connecting with the natural landscape and the moon, oscillating between earthly life and transcendence.

Just when the song is ready to fade out quietly, a surging organ accelerates towards the song’s end, leading us into the next track. “(D)” seems like the scion of a messy and frantic jam session, one miles away from the soundscape of “Wounded Brightness.” If listeners had relaxed into that soundscape, they might find themselves abruptly torn from their seats by “(D)”. Its jabbing synth and busy bass would be appropriate for soundtracking a psychedelic star journey to other planets, perhaps the one lingering on the horizon in “ Wounded Brightness.”

“Both-And” as an album seems like an effort by Luke Temple to have his cake and eat it too. Over his career as a solo artist and under the monikers Here We Go Magic and Art Feynman, he’s always danced lightly between genres and sounds. This record finds him putting everything he’s learned together, to sometimes wondrous results.

“Given Our Good Life” is a triumph of mixing. It expertly blends marimba, bass, and drums together to form a complicated rhythmic web in the background, one that doesn’t obstruct the song (as many beats do), yet provides an energetic base in which Temple’s voice can bounce off of: “Given our good life / How can we complain / But only listen closely to the falling rain“ Imagery of sheep on hillsides and soil lumped onto graves suggest that our good life is one connected to the natural cycles of nature. “In this outer land / as we go dancing by it” seems to point towards a life beyond, one possibly contained within the synthetic pulses that close out the song.

“Henry in Forever Phases” is an outlier here. It’s pop sensibility and bouncy arrangement sound a little bit out of place on this album, especially right before the freaked out synth track “200,000,000 Years of F***ing.” Though it may seem odd to transition from a song about unconditional domestic love to a spacey track about sexual propagation and human domination of the planet, for Temple those subjects aren’t necessarily unrelated. If being in a relationship suddenly makes you start thinking about the millions of years of sexual intercourse that have led to your existence, you and Temple may have something in common.

Though the songs may be disparate on “Both-And,” there is a common sound and aesthetic that Temple curates across the record. The rolling bass, jazz-influenced arrangements, and dynamic drum work all work towards a scattered but satisfying cohesion. The down tempo “Least of Me” shares a mood with “Wounded Brightness” and “Give Our Good Life”, even though the ultimate feel of the tracks is quite different. Standing back a bit to take in the full picture, “Both-And” is like a beautiful canvas painted across space and time.

By the time we get to “Walking Iris,” we’re not quite prepared for an acoustic confessional. Here Temple meditates on the beauty of nature and how it relates to the human condition. “Sometimes I can’t read nature’s good grace / And I’m locked out of the garden / And I have two eyes hungry for more / But when the light on the lake will not reach my shore / Then I harden.” This human condition, “looking for dust on the window sill,” gets at the heart of love’s failings. We are too hung up on our own mortality, and our own hunger for something else, to truly love in the here and now.