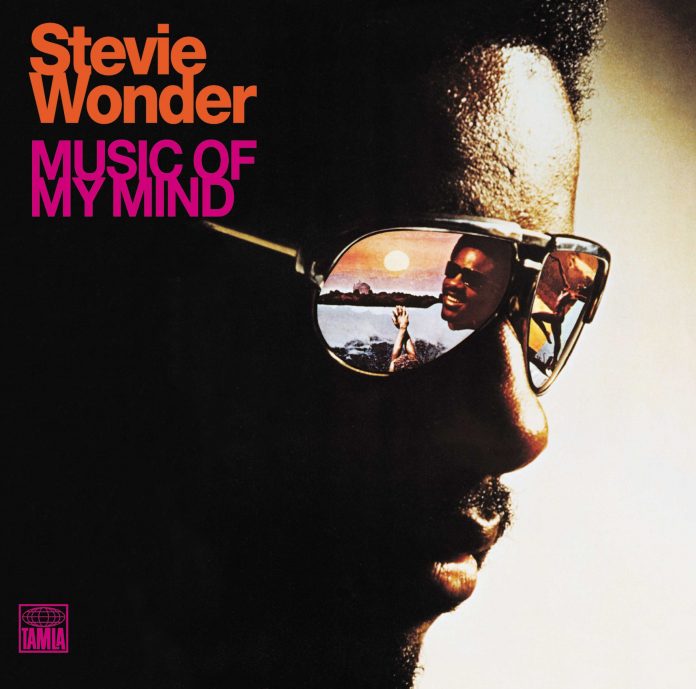 There’s never been quite a musical run like Stevie Wonder had in the 70s. From 1972 to 1976 Wonder released five albums, all of which were critically acclaimed and commercially successful, culminating in what many claim to be his greatest masterwork, the double album “Songs in the Key of Life.” Those albums netted him 12 Grammy Awards in that relatively short span of time, half of his Grammy Awards in an almost 60 year career.

And it was quite the journey to get there. When he started out he was just Little Stevie Wonder, the Motown child music prodigy (He joined the label when he was 11 years old and released his first album at 12) with the golden voice. This era of his career, full of cheerful pop numbers and soulful cover songs, was special in itself. His output during the 60s would make that very clear. “Fingertips” went to No. 1 in 1963. “Uptight (Everything’s Alright)” came in 1965 and arguably saved already faltering career.

Things in the late 60s started to shift. Wonder gained steam, grew up, got new ideas. The world watched him come of age in full musical force, and it was truly a sight to behold. Still, he was shackled in the formulaic cage of Motown, and as beneficial as that was for his career, he needed to break free. That’s why his new birth in the early 70s was such a monumental event. Wonder suddenly emerged into his full musical form, like a Phoenix rising from the ashes, come to synthesize elements of spiritual realization and political frustration under the guiding banner of musical ecstasy. The heir apparent to American musical stardom had finally come.

There are certain times in history when genius comes to fruition at just the right historical moment. Stevie Wonder’s shift in 1972 was just that moment. At perhaps the apex of popular music in the late 60s and early 70s, Wonder was already a living legend, perfectly poised to take advantage of the copious musical resources of the time, whether that was a giant synthesizer machine or an almost unlimited budget courtesy of his new deal at Motown (think a $900,000 advance and a much higher royalty rate).

So what did Wonder do with all this new creative license? He moved farther inward than he ever had before, digging into his seemingly infinite reservoir of musical talent and spiritual wanderings to create a music that was both revolutionary in its composition and ambition and reflective in the way it pleaded with people, and society, to look deeply at the problems of the world.

The first album in Wonder’s classic period came in 1972. It was called “Music Of My Mind”, and signaled a huge shift for Stevie. Suddenly there were epic, sprawling tracks like “Superwoman,” which was over 8 minutes long (If your really want to get down to the nitty gritty, the shift had already started with songs like “Do Yourself A Favor” from his 1971 album “Where I’m Coming From.” “Music Of My Mind” was on a different level, though, in terms of production, content, and musical structure. Love song weren’t just paint-by-numbers ballads anymore, but stretched out themes dealing with the many faces of relationships.

“Talking Book” would come in late 1972, and contained the mega hits “Superstition” and “You Are The Sunshine of My Life,” songs that continue to be his most played tracks. Wonder started touring with The Rolling Stones soon thereafter, signaling he wasn’t just an R&B crooner anymore but true pop star. His status as a heavyweight would be cemented by the fact that the album sold 1.6 million copies in its initial run. The world had taken notice, and Stevie wasn’t nearly done yet.

Stevie Wonder gained all this critical acclaim and commercial success while simultaneously testing the limits of pop music. To understand this, we have to take a look at a few songs from those first few albums. One is “Sweet Little Girl,” which at first is reminiscent of a Stevie Wonder hit from the late 60s, would that buoyantly catchy, top-of-your-lungs chorus and frantic harmonica work. But right in the middle of the song’s forward energy, it drips down into a strange interlude where Wonder speaks to his lover in pleading, colloquial tones, even telling her that he loves her more than his clavinet. It’s weird and daring: “I was gonna put down my harmonica just to make love to you…”, but also gives the song a richness of character as we truly start to understand both sides (the joyous pop crooner and the lonely, pleading man) trying to make his relationship work.

Another notable song is “Girl Blue.” The song begins in a minor key, with a noticeably hot vocal effect on Wonder’s voice that lends the song a touch of psychedelia. This general mood perhaps symbolizes the intoxicating effects of love, or just Wonder’s growing affection for synthetic effects (and giant synthesizer machines). Meanwhile the talk box behind sprinkles a slightly woozy effect into the mix, almost as if it is some strange animal lurking in the colorful kaleidoscope of bushes on the periphery. The chorus, though, changes the key on us, rising to a major key that elevates the listener. It’s done masterfully, producing a song that somehow feels energetic and languid at the same time. Melancholy and optimism seem to intertwine like some strange cocktail on “Girl Blue,” and once you get a taste of it, you’ll come back again and again to get drunk on its wonderfully enticing substance.

The song was processed using the Tonto synthesizer, a humongous and revolutionary new machine that would play a huge role in Wonder’s classic period. The creators of the machine would also produce many of the albums in Wonder’s perfect musical run, records that would deepen with every listen, stretch and fold as if they were traveling through the very fabric of space and time to reach our virgin ears. And through it was Wonder’s golden voice, now the voice of his generation, guiding us through this brand-new world of political strife and spiritual realization.

Stay tuned next week for Part 2 of Stevie Wonder in the 70s, when we’ll dive into the next three albums that make up his classic period.

Jake Enrenreich with the Roger Kellaway Trio present “A Treasury of...

“Hired Gun” documentary reveals who really is behind the music