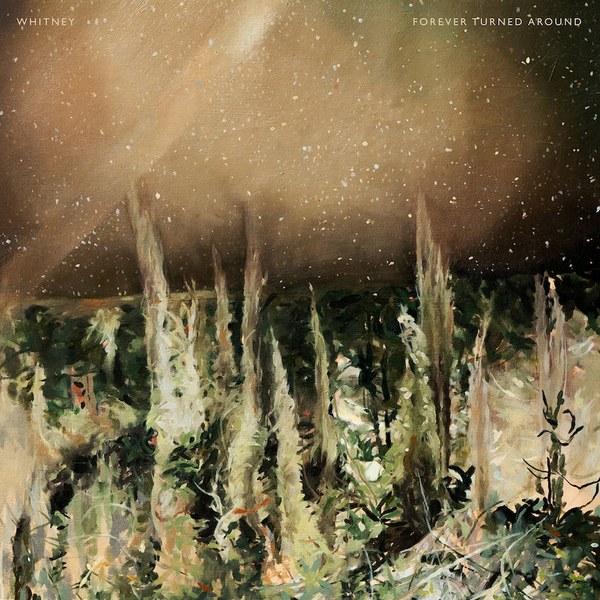 Soft rock is alive and well. Despite hard rock’s intention of subduing it, soft rock has survived the years of sappy troubadours and smooth jazz sycophants to arrive at perhaps enjoy another golden age. The indie crowd has embraced the music again as the appeal of organic music has grown in the post-autotune era. You can laugh it off, struggle with its lack of edginess, or wish for more distortion, but it won’t change things. There will always be a market for soft rock, especially for music that toes the line between emotional availability and melodic maturity, and ultimately speaks to the hearts and souls of those who listen to it.

Whitney, it seems, is the heir apparent for soft rock in the indie era. They’ve internalized the sounds of 60s and 70s pop hits with all their sunny guitars, horn sections, and love-drenched lyrics, stirred them all up in a pot, and presented their own emotionally soupy and ultimately satisfying (in the way only some homegrown stew can) soft rock record. That is, in a nutshell, Whitney’s new record “Forever Turned Around,” which dwells peacefully in the omnipresent canon of sounds and feelings that came out of Laurel Canyon and the rest of California folk rock. Whitney summons the simple power of melody like a bushy-tailed James Taylor, long before genre chaos and computer generated music changed the character of songwriting as we know it.

You could stop there with describing this album and be perfectly happy. If you’re looking for an album that invites you to drift along on an ocean of groovy sounds – congratulations – ‘cause you’re in the right place. But the homogeneity of this music is also its downside, too. This isn’t the album that’s going to break any new ground sonically, or lyrically for that matter, which is why it struggles to be memorable. “I like that new Whitney album,” you might think, and then find yourself straining to remember anything that particular about the songs. After all, this is pop music that follows all the rules. As Huey Lewis can attest, though, sometimes following all the rules is exactly what allows you to relate to such a wide variety of people living different lives. If Whitney’s ascension to Chicago indie rock royalty doesn’t speak to that, I don’t know what does.

If you turn on any track on the record, you’ll find yourself surrounded by perfectly strummed guitars, subdued horn sections, and a crystalline falsetto delivered by singer Julian Ehrlich in surprisingly high registers. The songs pull right out of the lovelorn soft rock playbook, the kind that was born in the late 60s and 70s and brought into monstrous popularity by the likes of Carole King and James Taylor. It’s soft, soulful, and safe, and as much as the haters might balk at its civility, it sells as well.

Through Whitney’s music you can access a reaffirmation of that thing we all hope is true: that love is the most important thing in our lives, and that relationships, even when they disappoint us, are the warm bread and butter of existence itself. Even when we cry ourselves to sleep the whole winter through, lonely and trapped by short days and brutal cold, it is love that pulls us up by our britches and gets us back on our feet. The hope of it, manifest in a perfectly arranged pop song, is the food we feed on until it comes back to us.

Regardless of this emotional weight, the album’s banality continually comes back to haunt it. “Forever Turned Around” is a noticeably less dynamic record than Whitney’s 2016 release “Light Upon the Lake.” There’s no obvious hit like “No Woman,” which was arguably the song that brought the duo instant success and admiration, especially in their home city of Chicago, where the term “hometown hero” doesn’t get earned easily. There are less obvious hooks on “Forever Turned Around,” and sections don’t stand out as much as on the previous album. In this way the album is less spectacle and more comfort food. You could put it on and forget about it, but as soon as you turn it off miss its warm presence in your life. It’s like a friendship that comforts your soul, one spent in warm afternoons sitting on the porch and staring off into space at nothing in particular.

As much as “Forever Turned Around” is obsessed with romantic love and its relational echoes in our life, it also focuses on friendship, and how that can impact our lives in so many ways. Tracks like “Song for Ty” and “Friend of Mine” are the epitome of that sentiment. “Anything could happen” Ehrlich repeats on “Song for Ty”. Around a beautiful instrumental that marries guitar and strings, Ehrlich speaks personally to a close friend of his. “Back when we were young / On the rise / Barely hanging on / You and I”. The effect might have been sappy, but ultimately comes off as heartfelt, like a letter from an old friend that still cherishes the friendship you had together when you were young.

“I’ve just always told my friends that I loved them,” Ehrlich told exclaim.ca, outlining the way that “Forever Turned Around” is as much about platonic love as romantic love. He continued: “We probably only have one life, right? Shouldn’t you tell the people close to you that you care about them?” That sort of platonic love, it seems, is what kept the pair of Ehrlich and band-mate Max Kakacek together after their band The Smith Westerns broke up, and the reason they explored this new project together in the first place.

And maybe that’s why they’re here, singing their hearts out to us. In a world that seems obsessed with romantic love, Whitney wants to shift the focus a little bit. They aim to be about the synthesis of these two ideals in our life. If the warm, comforting lull of the music signifies platonic love, then maybe the occasional injection of lively horns into the mix, like on “Giving Up,” is like the ecstatic, but surprising appearance of romantic love in our life. It also doesn’t hurt that the song’s mix is reminiscent of those lovelorn 70s troubadours Seals and Crofts (the ones who sang “Summer Breeze,” if you remember).

The title track is the ultimate realization of the band’s sound on “Forever Turned Around”. Its subtle, sun-drenched licks and rolling rhythm meld together brilliantly, allowing just enough gaps in the sound to allow the string arrangement to peek through like a shaft of sunlight manifesting between the clouds. “Has your heart grown heavy by now? / ‘Cause mine’s already on the ground / Spent a long cold winter thinkin’ about / The way forever turned around.” Julian Ehrlich’s voice soars here, perhaps trying to fly up and into those clouds the song evokes, seeking that empathetic state for both ourselves and others. If we’re all trapped in this world of constant change and insecurity, then why not practice a love that is understanding and free from spite.

In the dark, confusing world we live in, the sort of soft rock sound that Whitney creates can be the perfect salve for our hurts and pains. In that way it plays the role that a fair share of popular music has played for humankind, as a sort of fantasy world that we can step in for a while to process the strange world of emotions inside of us. It’s that sunset ride we all want to take up Laurel Canyon, or that seaside jaunt that both probes the inner reaches of our soul and delights us to our very core. Who are we but relational animals, struggling as we attempt to relate to each other? Whitney seem aware of the fact that much of we are, we discover in relation to each other. Whether that is through a platonic or romantic relationship, or somewhere in between those spaces, there are moments to reflect, and go deeper into it.

A War Within and more at The Hoosier Dome