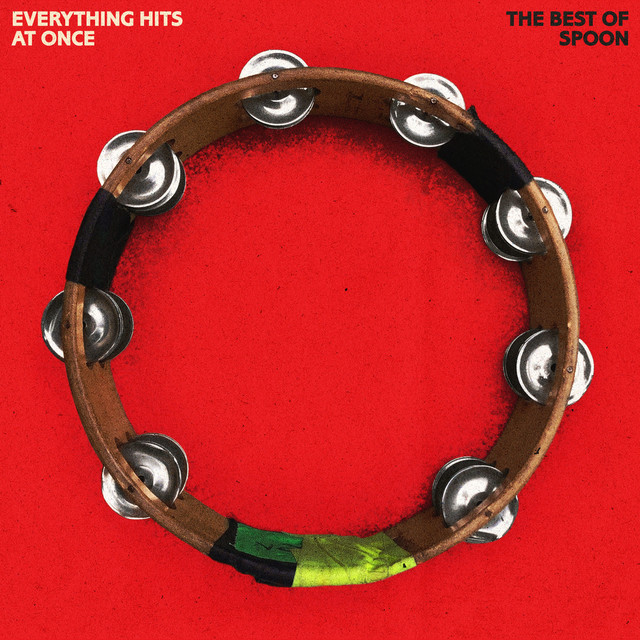 “Everything Hits at Once” consists of thirteen of Spoon’s most popular and hardest hitting songs. While the collection found on this best-of album consists of some of the band’s most well-known and successful tracks, long-time fans of Spoon won’t find anything new besides the album’s single, “No Bullets Spent”.

Spoon is an American rock band that formed in Austin, Texas in the early ’90s with members Britt Daniel and Jim Eno. Throughout their over twenty year career, they’ve released nine studio albums. “Everything Hits At Once” is their tenth overall album.

Spoon’s music has been featured in a number of movies and television shows over the years. From shows like Veronica Mars, The Simpsons, and Scrubs to movies like, “I Love You, Man”. They’re one of those bands that most of you have probably heard at some point or another, even if you didn’t know it at the time.

Everything Hits At Once

It’s a little curious why any band would go and release a best-of compilation, even one as popular and successful as Spoon. In an age when we can all collect and compile our own curated playlists, what makes one curated by the artists themselves so much better (especially when the songs included are mostly overheard singles)?

The songs collected range from their 2001 album, “Girls Can Tell”, all the way up to their most recent single, “No Bullets Spent. The only albums that weren’t chosen to pick songs from were Spoon’s earlier ones, “Telephono” (1996), and “A Series of Sneaks” (1998).

If you’re looking for a great collection of modern rock, you could do far worse than Spoon’s “Everything Hits At Once”. Looking at the track list, long-time Spoon fans might notice that  it’s mostly comprised of popular singles from Spoon’s history. That being said, the album still offers a different listening experience in a nice compact package. But it’s something that would be more enjoyable for those less familiar with Spoon’s discography.

The biggest highlight for the dedicated Spoon fans is undoubtedly the album’s promotional single, “No Bullets Spent”. The song is the only new one on the compilation album. And while it somewhat makes up for the lack of originality in compiling the track list, I don’t think I’d say it alone justifies the purchase of an entire album. Especially when said album can be artificially created by throwing together a quick Spotify playlist.

If anything, the release of “Everything Hits At Once” seems more like a statement or sign of creative stagnation. Now, before the Spoon fans jump all over me, let me explain my reasoning.

Why wouldn’t Spoon release a great song like “No Bullets Spent” on a new studio album, alongside a collection of brand new songs? Why the rehashed batch of songs we’ve all heard countless times? It’s either the band’s personal connection and nostalgic appreciation for best-of albums, or a possible sign that they’re running out of steam. I’d like to say it’s the former, because I really like Spoon as a band, and hope they keep making music. But to be honest, I was a little disappointed by the tracks on this album.

Overall, because the quality of the tracks are so high, I can’t justify giving this album anything less than a seven out of ten. But I won’t give much more, due to the fact that the thought put into the collection seems pretty low.

Gary LeVox of Rascal Flatts suffers disaster on the road