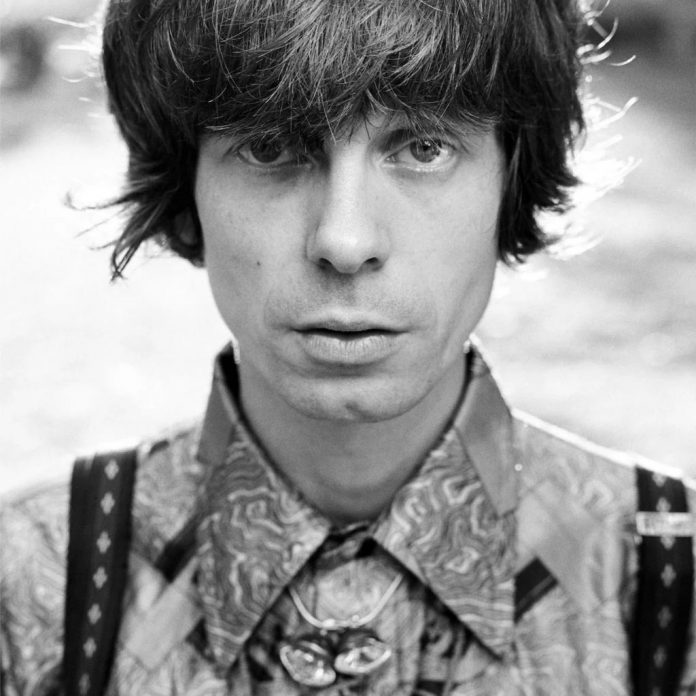 On “Cala,” Irish singer/songwriter Fionn Regan continues to refine his particular brand of ambient-folk. It’s a mood he’s elevated to the forefront on his last few albums, and that plays an increasingly vital role in his compositions. In many of the tracks on “Cala”, these layers of ambient noise serve as a sort of sonic blanket for Regan’s sweet, heart-worn voice. Its supportive role lends power to songs that already surge with prescient feeling, that quake with the possibility inherent in powerful moments of our lives.

More than anything, though, the ambient texture that Regan incorporates summons the gentle inherent in his music. There is something organically reassuring about his songs, something familiar yet slightly esoteric, like your schoolmate who incorporates evocative poetry into everyday conversation and quietly reminds you of both the sheer immensity and aching mystery of the universe.

Many might know Regan’s voice from its inclusion on Bon Iver’s “22, A Million,” on the track “100000 (A Million).” The appearance of a sample of Regan’s warm voice cooing “The days have no numbers” served as a mood-shifting element of the track, one that Justin Vernon deftly used to incorporate that quiet profundity that Regan seems to pull out of his very bones. That sample, which came off the song “Abacus,” a track off of Regan’s 2006 debut album “The End of History” (an album that is strangely missing on Spotify), somehow didn’t feel strange ripped from its original context. Maybe this speaks to the weightiness inherent in each line Regan utters.

Perhaps it would help to start with an image of Fionn. First, his shock of hair. At a Paste Studios concert in New York, Fionn stands there, amidst shelves filled with recordings of music, looking like a mop top rock star out of his era, dressed in a trench coat and big, round sunglasses. In between songs, the voice of the interviewer rings out, disembodied, Fionn answering questions as nonchalantly as Dylan in the 60s, responding to inane questions in what amounts to a bad open mic interview. But he plays it off as deftly as Dylan, as coy as Jagger, and as sensitive as your favorite coffee shop guitar picker.

That was 2017, after he released his last album “Meetings of the Waters.” Fellow Irishman Cillian Murphy had just starred in one of his music videos and royalty checks from his inclusion on “22, A Million” were probably still showing up in his mailbox. Things were looking up from the songwriter, even though fans still expressed their befuddlement at Regan’s lack of recognition, one that seemed forthcoming for an artist’s whose music commanded respect and admiration from other musicians and diehard music fans worldwide.

In the early 2000s Regan’s soft voice and heartwarming Dylanisms slowly generated acclaim for the guitarist, who seemed to spin fingerpicked ballads as easily as a spider spins webs. This notoriety solidified with the appearance of 2006’s “The End of History,” the artist’s first full album. He’s now had songs featured on Grey’s Anatomy and Skins and enjoys the sort of quiet fame that earns him money and collaborations but doesn’t burden him with the trappings of worldwide popularity. Lucinda Williams even labeled him his generation’s answer to Bob Dylan, perhaps for a generation that wouldn’t recognize Bob Dylan even if he was standing in front of them playing a guitar.

Those are quite the shoes to fill, and it’s undoubted that Regan’s clever poetry and folk sensibilities mirror those of Dylan. Unfortunately his music, respected as it is, is nowhere near the popularity that Dylan enjoyed and still enjoys despite whatever ways he disappoints fans. Ultimately, the comparison proves unsatisfying, as Regan’s music has reached a place quite different from Dylan, one that delights more in nuance and texture than lyrical dancing and folk traditions.

The songs on “Cala” exist in a world of their own. “The Ocean Wave” implements, if only at the beginning of the song, an electronic vocal effect vaguely reminiscent of Bon Iver’s recent work. This doesn’t mean that Regan’s work is in any way following a path blazed by Justin Vernon and his restless electro-folk musings, but functions more as a shadow of an influence, the sort of minor detail that sneaks its way into songs almost subconsciously. This serves as an indicator of how contemporaries subtly influence each other.

Regan draws in his most lavish ambient impulses on “Cala,” sidestepping the lavishly long meditation that was “Tsuneni Al” on his last album, 2017’s “The Meetings of the Waters.” Fingerpicked guitar gently rocks in rhythm ahead of surges of ambient layers, washes of sound that surge in only to recede and then rock back in again. It’s this cycle that becomes apparent on “Cala.” Songs are short but blend into each other seamlessly in style and substance.

The sonic landscape of “Cala” is as deep as the ocean that it constantly references. A listen with headphones will reveal several layers of sonic truth, presented in oscillating swells that appear and disappear, acoustic artifacts hidden in the background, and voices appearing out of the void. Ultimately, it is this curation of sound that pulls Regan’s music into a poignant, spectral space that is all his own. “Cala” is an atmospheric adventure for folk lovers at heart, and one that is a delicate feast for the ears.

The Killers’ new single “The Man”