For the longest time, men and women have not been placed on equal playing fields. In no area is this more evident than in the hip-hop realm. Most times, many different male artists are praised for how they differentiate themselves from the next man. Meanwhile, women are often combined into one  and only one receives recognition for being the strongest woman in the game. Nowadays, that is certainly not the case and Rapsody is out to prove that there is enough soul food for every deserving female artist to metaphorically eat.

Reigning from Snow Hill, North Carolina Rapsody grew up with very strong guidance. Her career is a true testament to dedicated patience as she took all the right steps to gain a core following and eventually branch out to a much larger audience. To reach this national scale, she spent tireless hours in her studio labyrinth to perfect her skills. Before she began to get noticed by major players in hip-hop she had to be convinced by her friends to even pursue hip-hop. While she was attending North Carolina State University, her friends encouraged her to try her hand at spitting rhymes. She was apart of two groups, one named H20 and the other by the name of Kooley High. Rapsody would go on to release three EP’s during her college stint between the years of 2008 and 2011.

Originally, Rapsody carried a significant passion for spoken word poetry. The works of Maya Angelou and Nikki Giovanni sparked an impetuous feeling of expression and desire to reiterate powerful sentiments deeply within this young woman. At the beginning, her words were meaningful but her style and delivery were still very raw. When her material was played for legendary beatmaker, 9th Wonder, he absolutely loved what he heard. He knew he had a star in the making and decided to bring Rapsody onto his Jamla Records roster to become a flagship lyricist. One of the first things that 9th Wonder had Rapsody do is study the great lyricists that came before her. His assignment for her was to truly delve deep into not only what these artists were saying but how they were saying it. 9th Wonder helped her develop cadences, vocal variance and inflection to find the pockets of a track that makes every artist spectacular.

9th Wonder helped Rapsody fine tune many new skills for her craft and also provides great wisdom as to how to operate within the complicated music business. As an independent titan that flew under the radar for far too long, this partnership served as a solid infrastructure for Rapsody to build upon. She perfects her craft every day and made such wonderful connections within several networking spheres. So much so, that in 2016 Rapsody became the first female hip-hop artist to ever sign to Roc Nation. They truly support her creative vision and the way that she represents the constantly expanding musical landscape.

Rapsody is a studio rat, through and through. She will spend time in there for hours on end and even sleep in the studio. That way, when she wakes up none of the energy has to be rebuilt it just automatically transfers over after a brief rest. The album process is quite elaborate for this NC emcee. With precise execution and great production quality, Rapsody crafts, molds and fine-tunes her records to the umpteenth degree. She does not settle for anything less than greatness and has a very impressive regimen while comprising a musical body of work.

People really started to tune into the likes of Rapsody after she was the lone feature on the song, “Complexion” off of Kendrick Lamar’s soulful sophomore album, “To Pimp A Butterfly.” Her emergence even earned her an invitation to the White House to perform alongside artists like Arethra Franklin and Prince at the, “International Jazz Fest.”

In terms of independent output, the album that really put Rapsody on the map was, “Laila’s Wisdom” named after her grandmother, “Laila.” The central theme of this album derived from a great piece of advice her grandma would often pass along, “Give me my flowers while I can still smell them.” She covers topics such as war, drug abuse, mass incarceration, gender dynamics and police violence. The album received two Grammy nominations for Best Rap Album (only fifth woman to ever be nominated) and Best Rap Song (Sassy.) It quickly became clear that consciousness outweighs commerciality in regards to Rapsody’s discography. 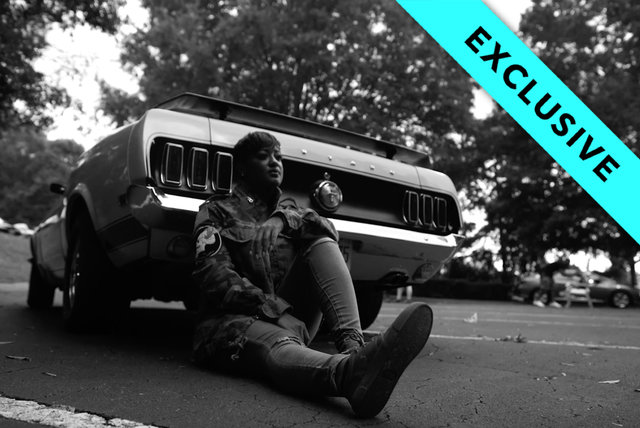 With terrific melody, contagious energy and seriously impactful statements, Rapsody often spews forth untold stories over highly appreciated and carefully considered sample beats. As true lyricism should, her lines require a great deal of untangling and rewinding to catch every cadence and entendre that she incorporates within her sonic submissions. She expertly spins stories of love, resilience, and female empowerment. Rather than pitting women against each other like many in the industry do, she uses her platform to uplift her fellow women. Through unity and strength, Rapsody proudly lets everyone know that there is plenty of room for everyone within the rap village.

Her next album, “EVE” drops on Aug. 23. Each song is named after a prominent black woman in society and is accompanied by its own Instagram post to preview its relevance. Her detailed portrayals of strong black women are bound to truly resonate on this album, as they have on every project. The reasoning behind this method relates to the fact that she is an extension of every influential black woman to ever exist on Earth. As a brilliant songwriter and magnificent storyteller, Rapsody is greatly appreciative of the culture and is an undying source of inspirational value.