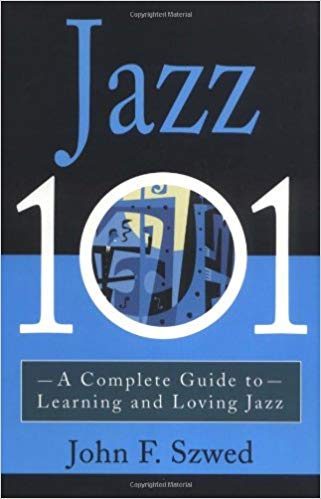 Today, we’ll be continuing our discussion of John Szwed’s “Jazz 101: A Complete Guide to Learning and Loving Jazz“, with a look at some of the more elusive skills required by jazz musicians. While improvisation, composition, and arranging may seem like three separate skills, they’re actually more related than you might think.

Last time, we walked through a few of the different forms that jazz has drawn from over the years. We talked about the influences both pop and blues have had on jazz, and the forms that came out of them. We ended our discussion by looking at jamming, a form that emphasizes improvisation.

Now, we’ll take a deeper look into improvisation, and explore its role in jazz. We’ll also discuss the differences and similarities between it and composition and arranging.

The art of improvisation has long been associated with jazz music, and jazz musicians. Among jazz musicians, the act of composing in the moment without a written score, is something of a universal expectation. “They speak of going beyond the simply interpretive, to a more deeply inspired and more instantaneous level of creativity; a level that may put the improviser in touch with his or her conscious and unconscious states” (p. 43).

But we don’t want to give the impression that jazz musicians play completely spontaneously and without thought. More often than not, there are some constraints, arrangement, or plans for what will be played. This may not be the case, if it weren’t for the high expectations of the audience.

The demand for never-ending creativity here seems overwhelmingly high. Performers are asked to be unique, not only from other musicians, but even from themselves. “For a musician who performs for six nights a week for thirty years, the problem of constantly coming up with new ideas that nonetheless still sound like one’s own poses a near-impossible task” (p. 44).

Since improvisation is a form of instant composition, the distinction between the two isn’t so clear as it might seem. “Both are forms of composition, and both are involved to varying degrees with performance” (p. 45). It’s possible for performers to play written, composed music that sounds improvised, just as it is possible for a composer to write music that, when played, sounds improvised.

“The role of the composer in the beginnings of jazz was determined partly by technological limitations–the three-minute single record–and the location of jazz in the realm of commercial music” (p. 45). Longer jazz compositions have been made over the years as well, of course, but few jazz composers attempted truly extended works. Longer compositions call for sustained periods of improvisation, after all.

“An arrangement is a plan that musicians agree to abide by before they play, intended to give shape to their performance beyond the melody and harmony” (p. 46). This can be as simple as agreeing to play a melody at a certain point, or who will solo and in what order. This is usually how stops are planned as well.

The truly great arrangers make it even harder for us to determine who is responsible for what we’re hearing at any given moment. “Jazz, then, breaks with Western conventional thinking, denying the distinctions between composer and performer, creator and interpreter, composer and arranger, soloist and accompanist, artist and entertainer, even soloist and group” (p. 47). This is another important distinction that makes jazz unique among genres.

Jazz musicians use improvisation as a way to escape the limitations of what can be composed or written. There are still limitations to what they can improvise, of course. And those limitations are linked to composition and arrangement.

But we haven’t touched mistakes yet. They do happen, especially when a musician is breaking new ground. Experienced improvisers, however, know how to turn a mistake into a new, fresh idea. “The greater problem for the improviser is not to repeat him or herself, or to become comfortable with a certain level of expression” (p. 52).

I think one of the things that attracts me to jazz so much is this cultivation of a growth mindset. Due to expectations and personal ambition, jazz players continuously push themselves to reach new ground. Due to the social component of jazz, and the amount of collaboration involved in composing, arranging, and improvising, musicians benefit highly from playing in ensembles. Even solo jazzers end up collaborating and arranging with a backing band.

Next time, we’ll discuss the history, sources and origins of jazz music.