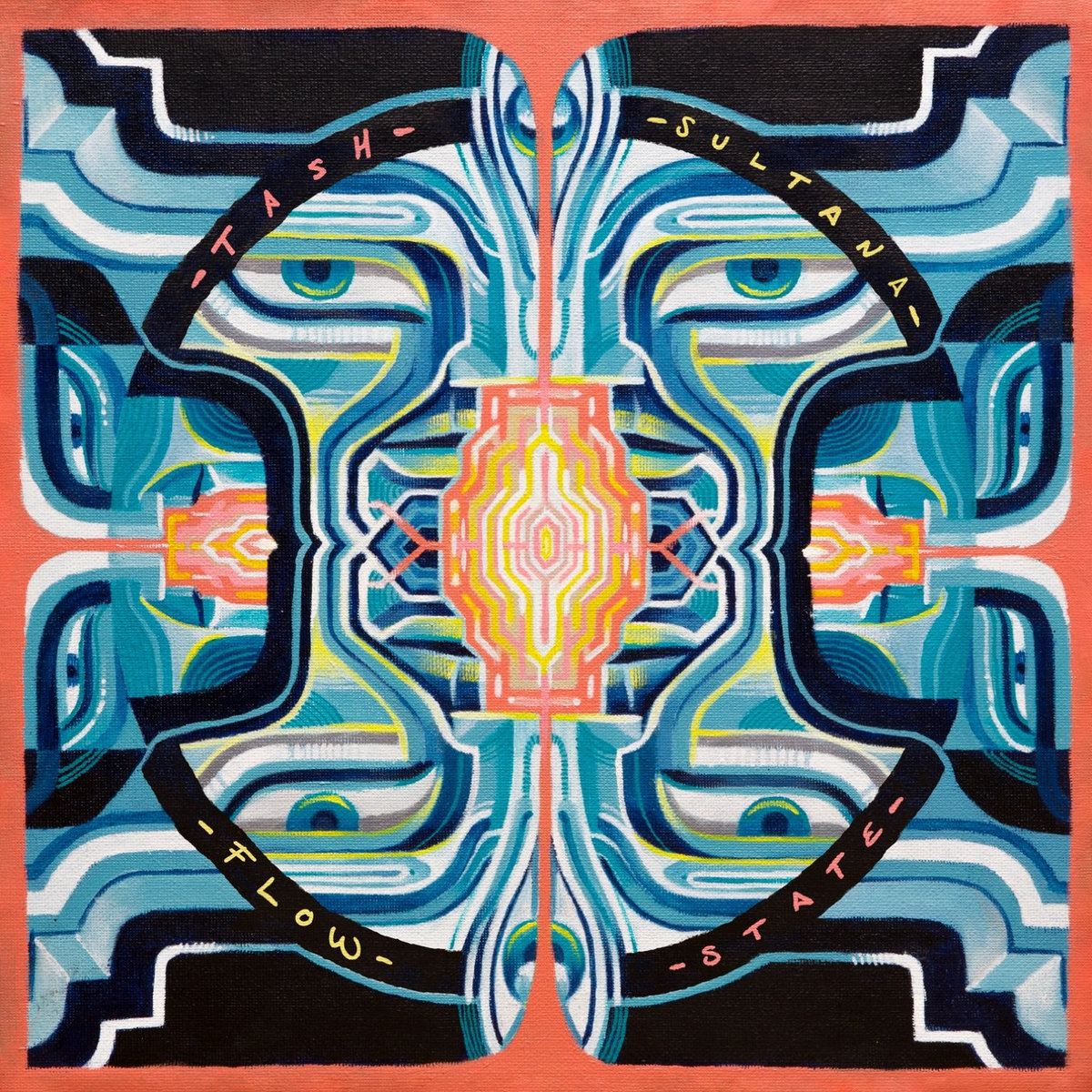 “Flow State” is one of the more dynamic, sharp, well-composed albums of the year, and it was made by 23-year-old youtube sensation Tash Sultana. Tash Sultana performs and writes the many different instrumental lines using loop pedals as well as sings the lyrics.

Most of this album is a raw show of that talent. The whole first half of this album up to “Pink Moon” plays like one smooth movement. “Seed (Intro)” and “Big Smoke” show Sultana’s core style, using heavy looping to lay hypnotic, psychedelic rock rhythms on top of each other. “Cigarettes” builds around Sultana’s singing voice with rhythms that drop hard on the beat- – claps, snaps, and a hard pluck of the bass. It also lets her show her skills as a guitarist with a 70’s rock style solo at the end.

“Flow State” shows that Sultana knows how to compose. She matches complex and simple grooves across the album in ways that are sometimes masterful and usually interesting. Her drum and bass lines often aren’t too complex, but that’s to give her guitar space to have the intricacy of a flamenco riff.

Sultana has a sense of what will and won’t overwhelm and it shows particularly on “Blackbird.” “Blackbird” ended up my favorite track on the album because of the thumping rhythm that keeps time while the guitar breaks with it. “Blackbird” is 9 and a half minutes long and never lulls, going through several movements but returning to a recognizable riff that feels really strong.

That same sense of how much to put in a song helps Sultana’s more relaxed tracks, too. “Seven,” “Mystik,” and “Free Mind” all have a mellow tone to them that works just as well with Sultana’s style because they still have a lot of activity to them. “Seven” falls into a dramatic violin section around the 3-minute mark, “Mystik” breaks out into a bass solo, also around the 3-minute mark, and “Free Mind” uses heavy vocal layering throughout to create a dreamy vibe.

These tracks also show the versatility Sultana has as an instrumentalist. While her core style, looping hooks and one or two complex rhythms over a backdrop of simple ones,  doesn’t change too much, the instruments do. She uses violins, bass, keys, vocal loops, and trumpet to make her hook and songs  more interesting. Guitar is great, but “Flow State” is almost guitar-porn as it is, and the varied instruments keep the album sounding fresh.

“Flow State” is a spectacle of raw talent – that’s undeniable – but it has its flaws. Tash Sultana’s album is varied and all over the place, putting songs together that mesh and clash. The album is fluid and memorable, with strong grooves and iconic riffs, but it lingers for too long at spots. It’s a 61-minute long album, and not all of that time feels well spent.

There is a stretch of almost 17 minutes on this album that left me pretty bored:  “Pink Moon,” “Mellow Marmalade,” and “Harvest Love.” While I don’t think the songs are bad, they sound duller than the rest of the album and slowed its momentum. “Pink Moon” best sums up this section, with the other two songs sharing its flaws.

“Pink Moon” is predominantly vocals and guitars, losing much of the instrumental depth that Sultana has but not gaining anything off of it. “Blackbird” has similarly simple instrumentation, but it also has a very strong groove and moves between sharp riffs. “Pink Moon” lacks an interesting groove or riff and doesn’t vary tempo or style much, making it feel less dynamic than other tracks. “Pink Moon” didn’t feel like it went anywhere to me, coming close to a blues song, but lacking the punch blues gets through distortion, fuller instrumentation, and a groove built through repetition.

“Pink Moon” and the other two tracks have their moments, ramping up at the end and having strong, emotional vocals, but its plain in comparison to the rest of the album. The real problem is these songs come right in the middle of the album. The richer, quicker tracks before and after the section made me feel interested in hearing how the album played out, excited for whatever surprises were around the corner. Then I got three songs that didn’t have notable surprises and for 17 minutes, I felt disappointed.

I’m hardly against the style “Pink Moon,” “Harvest Love,” and “Mellow Marmalade” have, but I’d rather have it on a separate EP that feels built around it than in the middle of an album that doesn’t.

“Flow State” in its successes and flaws feels like a raw current. This is an album that whips around bends, rolls in rapids, and hits snags. It goes on long and the waiting on it isn’t always pleasant, yet it’s so full of energy and creativity that it’s hard not to appreciate. It’s evocative, it’s dynamic, it’s got its own style, and damn if it didn’t make me move.