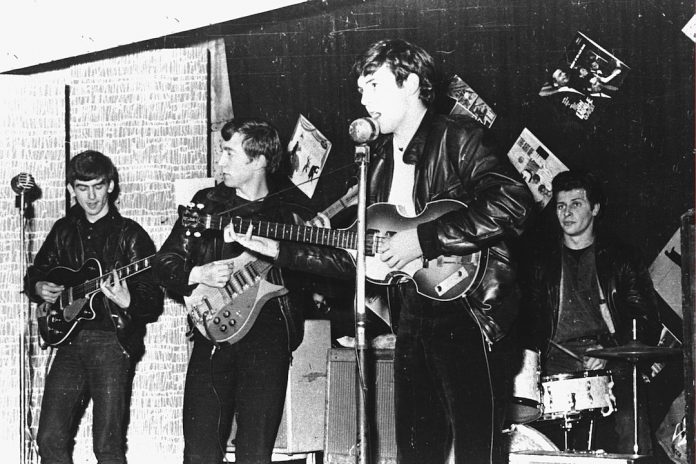 Before the Fab Four as we know them were properly assembled, The Beatles had another drummer sitting in what would become Ringo Starr’s rightful place. That drummer was Pete Best, who has since become known as one of the unluckiest men in music.

In The Beatles’ early days, they went by the name of The Silver Beatles. During this time, they played at places like the Casbah Coffee Club, a club opened by Best’s mother. The club soon became their home, and Best played there with The Beatles 76 times during the two years that he was with the band.

In 1960, Best was recruited by The Beatles when they were offered a residency in Germany and needed a drummer. In an interview with the Financial Review, Best reveals how jarring the experience was for him.

“Everything about Hamburg was ‘a culture shock’, Best says, from the journey over – 10 people were crammed into an Austin J2 van, including Lord Woodbine, a renowned Liverpudlian eccentric – to playing for seven hours a night, to the St Pauli red light district where they were based”.

Best didn’t seem to fit in with the other Beatles in several ways. For one, he put on a more serious demeanor than the whimsical and joking attitudes of John, Paul, and George. There was also a difference in style, as Best is known for not agreeing to cut his hair in the same matching mop-top as the others.

“Conspiracy theories abound about why he was sacked: Paul was jealous of his looks, he was aloof in Hamburg, they did drugs and he didn’t”.

Whatever it was, when The Beatles returned from Hamburg and prepared to sign their next contract, manager Brian Epstein stepped in.

“Tapped Out” for Ringo

It was when The Beatles were signing their next contract and preparing to record with EMI that Best was sacked. Best played his last gig with the band the night before he was fired, though he didn’t know it at the time.

Earlier, when producer George Martin heard their recordings, he told The Beatles that, while they could use Best on stage, they would prefer to bring in a session musician for the recordings. After a few more discussions with manager Brian Epstein, they decided to replace Best instead.

When Epstein asked to see Best, “”He said, ‘Pete, I don’t know how to tell you this. The boys want you out’ – those were the words – ‘and it’s already been arranged.'”.

Around the same time, Ringo Starr was nearing the end of his contract with Rory Storm & the Hurricanes. When he received a call from Lennon asking him to join the band, he gave the Hurricanes three days notice and left. Two days after Best was fired, Ringo joined the team.

Quite understandably, Best didn’t take the news so well. And, as the years went by and The Beatles rocketed toward fame, fortune, and legend, it continued to weigh heavy on his heart. Best joined another group, but continued to be effected by the past. He attempted suicide in the mid-60’s, and later gave up show business.  He got married, lived his life, and then in the 80’s started playing again in The Pete Best Band.

But Best has kept his connection to The Beatles alive in other ways. Earlier this year, he appeared as himself in the play, “Lennon’s Banjo” at the Epstein Theatre in Liverpool. The play is based on the search for the long lost instrument that John Lennon is rumored to have learned to play on. Best asserts that the play is based on fact and full of humor.

So while he may be known as the unluckiest man in music, Pete Best will forever hold the place of the fifth Beatles. He was instrumental in the beginning stages of one of the greatest bands in history. And no one can take that away from him.

‘The Bachelorette’ makes choice, and its Garrett Yrigoyen