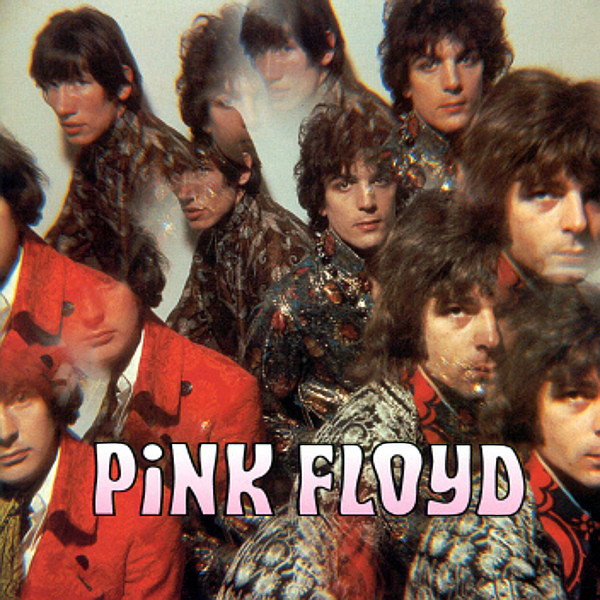 Around the same time that The Beatles were busy making “Sgt. Pepper’s Lonely Hearts Club Band”, Pink Floyd were working on their debut album, “The Piper At the Gates of Dawn. Both bands ended up recording their albums around the same time at Abbey Road Studios in London. And both albums have, since then, become known as two seminal psychedelic rock albums of the 1960’s.

It may come as little surprise, then, that Beatles engineer Norman Smith produced Pink Floyd’s debut album. While “The Piper At the Gates of Dawn” failed to chart in the U.S., it peaked at No. 6 in the UK when it released in 1967. No singles from the album were released in the UK, but in the U.S., “Flaming” was released, though again, it did not chart.

Before the now-legendary band got their big break, they were playing live shows under various names. Finally seeming to settle on one, they toured as “The Pink Floyd Sound” in 1965. They signed with EMI in February, 1967, and released their first single, “Arnold Lane”, shortly after.

Some time later, they cut out the buns and kept the meat of their old name, and Pink Floyd was officially born.

One of the things that makes this album stand out from later Pink Floyd installments, is the fact that it was the only one that was made solely under Syd Barrett’s leadership. After the album, Barrett’s mental health declined so severely that he was forced to leave the band.

The Piper at the Gates of Dawn opens to this droning, space rock track. “Astronomy Domine” was written by Syd Barrett, with lead vocals by Barrett and keyboardist Richard Wright. The song opens with the voice of Peter Jenner, Pink Floyd’s manager at the time, reading off the names of the planets, with a vocal effect that makes his voice sound as if it’s coming through an intercom.

Barrett’s slide guitar throughout the song gives “Astronomy Domine” a wavering, atmospheric quality. Coupled with Roger Waters’ aggressive bass, the song manages to be both atmospheric and continually driving.

Fun Fact: “Domine” is the vocative case of “Lord” in Latin, and has a history of being used in Gregorian chants.

While the album begins with an atmospheric, spacey tone, it ends on a very different note with “Bike”. This cheery, psychedelic tune written and sung by Barrett mixes simple songwriting with a more experimental approach.

In the first half of the song we get the simple song and lyrics delivered by Barrett. “I’ve got a bike, you can ride it if you like / It’s got a basket, a bell that rings / And things to make it look good / I’d give it to you if I could, but I borrowed it.”

The manic and disconnected verses are separated by the softer, “You’re the kind of girl that fits in with my world / I’ll give you anything, everything if you want things”.

The rest of the song lists other things Barrett has that he’s willing to give to the girl that fits in with his world. The last verse invites her into a room full of musical things. In the last minute and a half of the song, we get an instrumental of various musical sounds, turning gears, and reversed laughing played at double speed.

You can pick up the vinyl of “The Piper at the Gates of Dawn” at the LemonWire Store by clicking here.

Now Streaming:”American Murder: The Family Next Door” is subject of Internet...