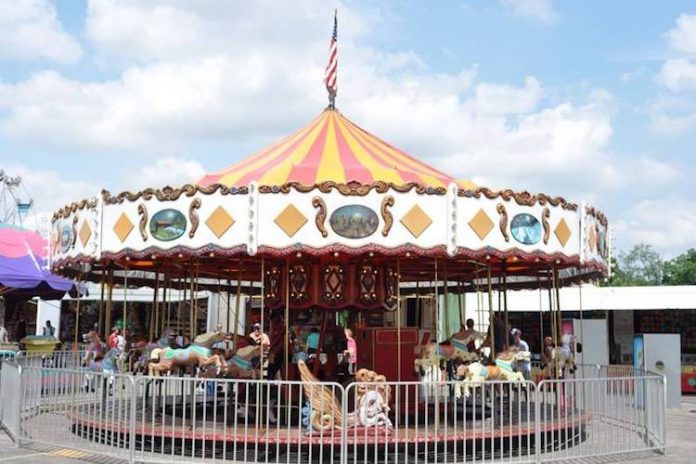 According to the Broad Ripple Carnival’s official website, “An amusement park was built on the site of Broad Ripple Park (1500 Broad Ripple Avenue) in 1906 and the carousel that once was in the park is now at the Children’s Museum”.

While I didn’t attend the Broad Ripple Carnival every day, I did manage to get out last Friday night to enjoy some of the festivities.

I didn’t realize it until much later, but last Friday night at the Broad Ripple Carnival was also dog night. Several pet supplies vendors had booths set up onsite with goodies and treats for all of the four-legged friends. There was also a K9 obstacle course as well as an onsite adoption group.

At 6:00 there was even a communal dog walk to the park. The mile-long walk started at Broad Ripple United Methodist Church and ended at the park.

Just outside the carnival rides, games, and other festivities was what I like to call the carnival’s designated lounging area. Here, you’d find food trucks galore, as well as all of the doggy booths mentioned earlier.

Another notable attraction was the Craft Beer Garden presented by Average Joe’s Sports Pub. Here, they served Sun King craft beers and more. Cash only, but for those without any on them, there were ATM’s available so that everyone could join in.

Everyone who had their drinks and food were sitting either on picnic tables, or fold out chairs of their own out on the lawn. And as they ate, they were all serenaded by the Tad Robinson Band, Friday night’s live entertainment. 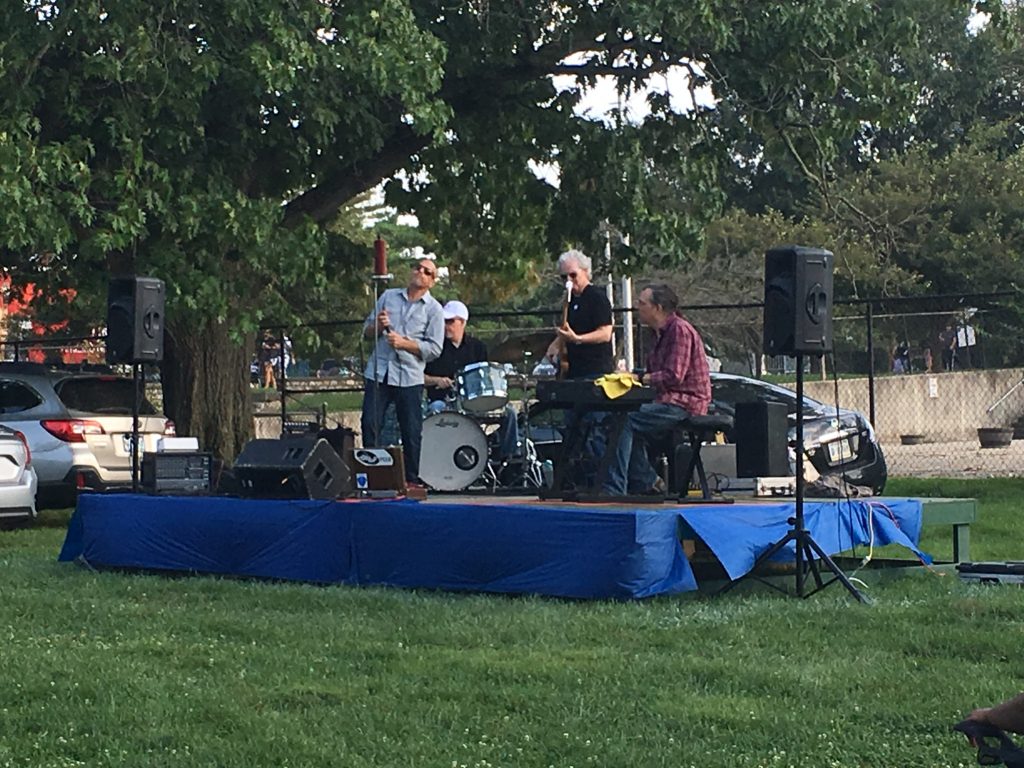 There was no shortage of either blues or soul as the Tad Robinson Band played for those gathered at the Broad Ripple Carnival. As a constant reviewer of mostly younger acts that tend to meld multiple genres and styles together and steer clear of blues for the most part, listening to Tad Robinson’s back to roots blues was surprisingly refreshing.

Overall, Robinson’s performance fit the mood for the carnival. It was at times both laid back and upbeat. All around I could see smiling faces, tapping toes, and nodding heads as the community enjoyed the music, the night, and the company.

Today is the last day that the Broad Ripple Carnival is in town, so be sure to get out there if you haven’t already checked it out. There’s still plenty of music to hear, rides to ride, and games to play. I’m already looking forward to next year.