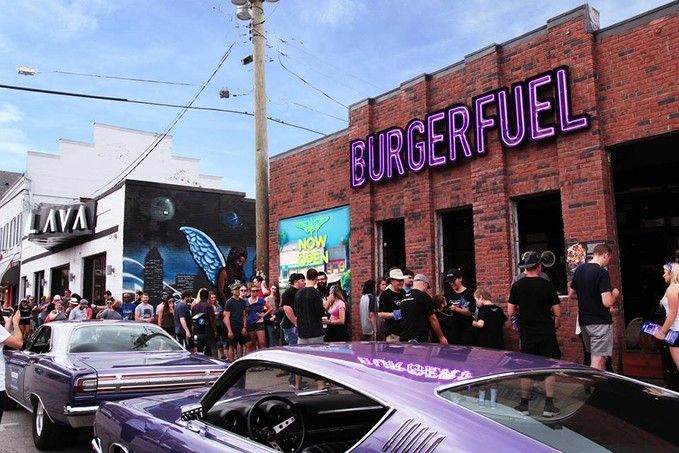 If you were walking along Broad Ripple Avenue last Saturday anytime between five and seven, you probably saw a long line outside of Burger Fuel. Despite the brutal heat, that line remained constant throughout the Broad Ripple restaurant’s one year anniversary. To celebrate the occasion, Burger Fuel was offering one dollar burgers, spud fries, beer, and coke.

It was clear to me, as I waited in line wishing I’d had the foresight to bring a water bottle, that Burger Fuel had done a fine job in marketing the event. I’d shown up ten minutes before the event was scheduled to start, and still ended up waiting a full thirty minutes in line. But I’ll tell you one thing. Those burgers were worth it.

Burger Fuel’s fenced in parking lot was host for most of the festivities, which was kind of unfortunate due to the heat. Still, that didn’t stop the adults from drinking, or the children from playing the assorted games laid out. There were several giant-sized versions of familiar childhood games. These included Jenga and Connect-Four, as well as several corn-hole sets.

On the other side of the lot, the talented FAB Crew was working on a piece of live street art. The piece was a beautiful, blue and purple graffiti painting on the side of the building. While I’m grateful to have seen it in person, I don’t envy the FAB Crew the extra time it cost them in the full heat of the sun. 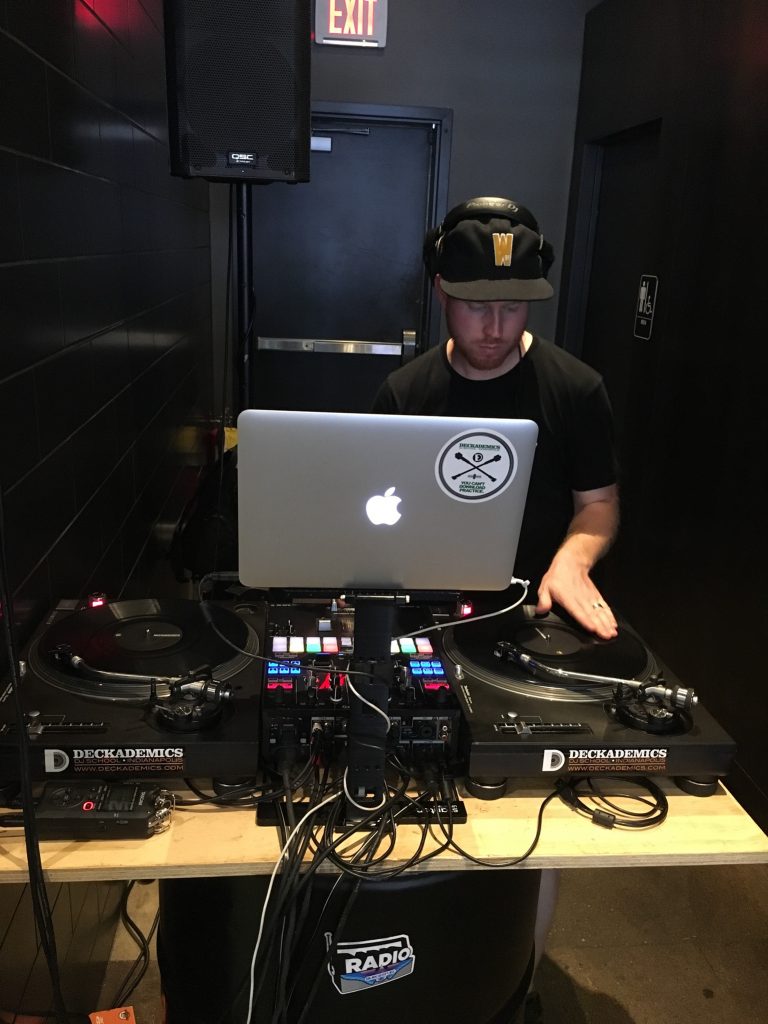 DJ MetroGnome provided the soundtrack for the evening to those sitting inside the well-ventilated walls of Burger Fuel. He played mostly loud, upbeat instrumentals, interspersed with some old school throwbacks like, “This Is How We Do It”. He cultivated a loud, energetic, but simultaneously laid-back atmosphere. This was a block party, after all. I don’t think anyone was expecting any smooth jazz or easy listening music.

To be honest, I didn’t pay too much attention to the music from DJ MetroGnome. It sort of just faded into the background, and I’d tune in occasionally when I heard something particularly catchy. I’m sure he did a fine job as far as DJ’s go. My ears just aren’t trained to pick up the subtleties of a professional DJ’s techniques.

While DJ MetroGnome was taking care of the party inside, Moxxie was braving the heat with the rest of the block. Moxxie is a modern rock outfit based out of Indianapolis. The four-piece group consists of Jessie Phelps, Ryan Gibbons, Valerie Green, and Daniel Guajardo.

It’s not always a guarantee that you’ll be hearing good music whenever you go to an event like this. I’d never heard Moxxie’s music before, nor heard of them as a band, for that matter. That being said, I was pleasantly surprised when they started playing. 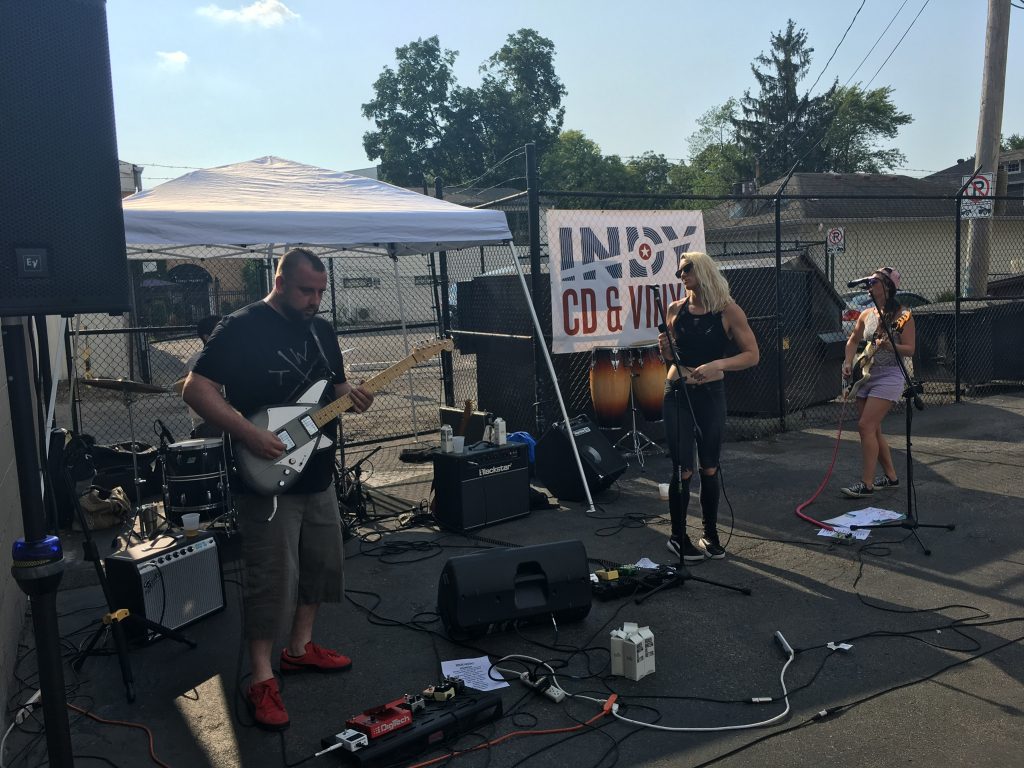 Moxxie played heavy rock and blues-laden tunes to those still waiting in line on the other side of the fence. Their songs were simple, with catchy hooks and fun grooves. The lead singer’s voice was powerful and raw and rough in all the right places.

They also played several covers during their set. One memorable one was Moxxie’s rendition of Fleetwood Mac’s “Gold Dust Woman”, that was heavier and edgier than the original. Another fun one that they ended on was “Cherry Bomb” by The Runaways. Moxxie’s version had enough intensity and punk attitude to match the original.

Unfortunately, the heat drove me out and back home to my refreshing air conditioned apartment too soon, and I didn’t stay to see Teo play their set. Whether it was amazing or just mediocre, I’ll probably never know. But for me, the goal of the night was accomplished as soon as I took the first bite of one of those Burger Fuel burgers.

Not Your Daddy’s Bluegrass: Flatland Harmony Experiment at the Mousetrap