Last Friday night in Fountain Square, Square Cat Vinyl held an intimate show from a couple of visiting Nashville bands. While it was one of the smaller concerts I’ve seen at the quaint record store, there was nothing small about either band’s performance.

When I walked into Square Cat Vinyl, the lights were dimmed, and there were maybe fifteen to twenty people gathered around the bar and seating area. Usually, the place is packed to the point that it forces newcomers to stand among the stacks of vinyls closer to the door.

Seeing this, I immediately became skeptical – I couldn’t help myself. I’ve grown accustomed to connecting audience size to band quality. That’s not fair, I know, but it was a way of thinking that had yet to be proven wrong through my own experience. That is, until the music started playing. 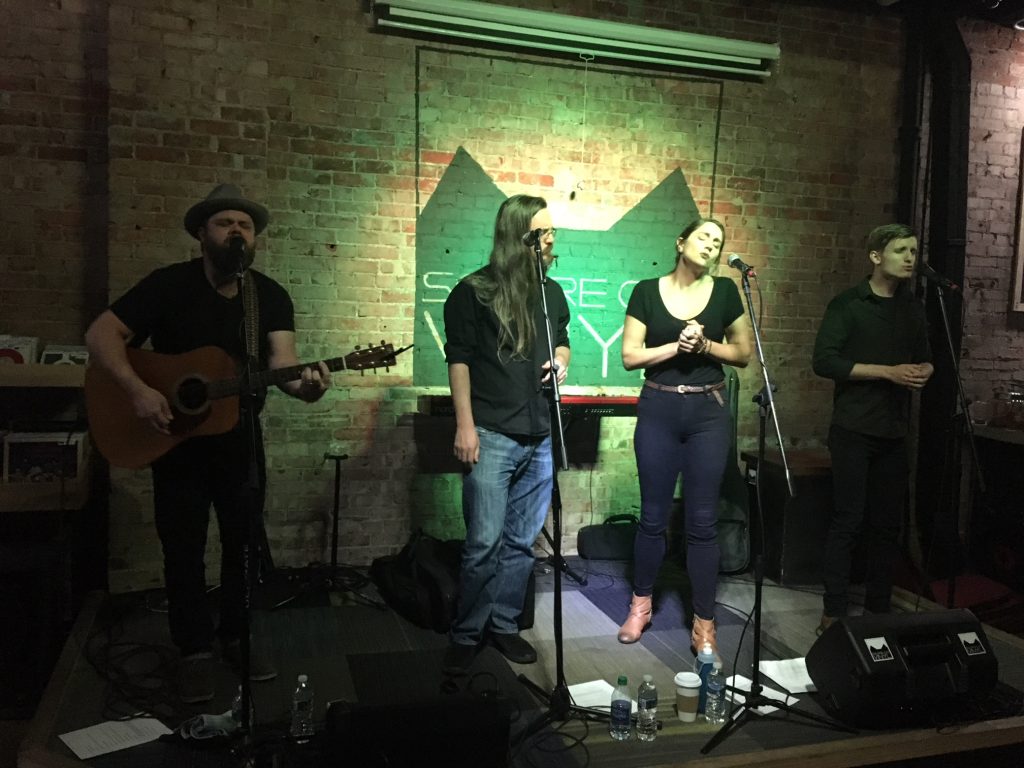 The first act of the night was the Nashville based band Devon Heath. The group consisted of singer, songwriter, and guitarist Devon Heath, and vocalists Ethan Miller, Alice Reid, and James Richardson.

As an “almost a capella” arrangement, Devon Heath was one of the more unique bands I think I’ve seen perform in Fountain Square. There aren’t many who can dish out the same kind of beautiful, four part harmonies that I heard from them.

The songs themselves were mostly simple, but their arrangements were always surprising and interesting to listen to. Some of my favorites were “You Will Never Be A Lonely Man”, and “Lift You Up”.

Devon Heath’s style is classic, yet contemporary; familiar, yet refreshingly new. He keeps the guitar parts simple, mostly strumming chords, nothing too fancy. But when you listen, all of the emotion is in the vocals and harmonies.

I have to say that I was pleasantly surprised by Devon Heath. My expectations going in had been low, based only on attendance. Sitting in Square Cat Vinyl, listening to Devon Heath, I knew that I would have to change the way I thought about such things.

You can find out more about Devon Heath by visiting his website. You can also find Devon Heath on Facebook. 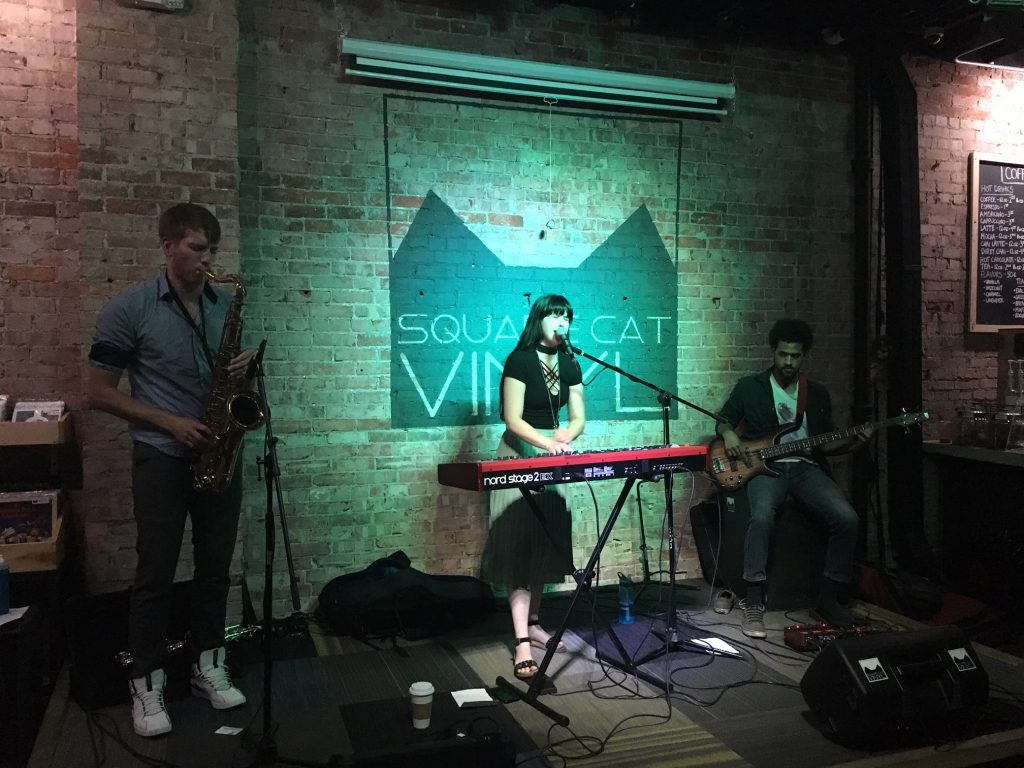 Next up, Elisabeth Beckwitt and her two supporting band members took the stage. Beckwitt took center stage at the keyboard, with a bassist on her left, and saxophonist on her right.

As they played, I noticed that Beckwitt’s voice was quite moving – and she had an impressive amount of control over it. She wouldn’t have sounded out of place if you swapped her for any of the three vocalists in Devon Heath.

Indeed, even though the space she was playing in was small, Beckwitt wasn’t afraid to belt out loud. The songs themselves were mostly piano-driven, with the bass coming in for some added backbone, and the sax to highlight specific melodic themes.

Even though the crowd was no doubt sparse compared to venues Beckwitt is probably used to playing, it didn’t seem to bother her. In fact, she sang her heart out like she was playing for a packed house. That’s the mark of a musician with integrity.

In between two songs, Beckwitt told a story about a friend of hers who was going through a rough patch. The friend, who had recently gotten out of a dysfunctional relationship, was putting the blame on herself. Beckwitt then added, “As women, there’s so much shame for what we try and do. And we deserve to be loved, no matter what. So this one’s for all the women in the room.”

The prefaced song was Beckwitt’s “Goddess”, a slow, heartfelt tune in which she threw herself into. The lyrics were both personal and unifying, “I am goddess, not someone heartless, who can’t make time”.

All in all, I was pleasantly surprised by the free concert at Square Cat Vinyl last Friday night. Even though I started off pretty skeptical, as the night wore on, I was proven wrong to be so. It only goes to show that, just like you can’t judge a book by its cover, you can’t judge a band by the turnout.

Preview: Buckethead at the Vogue