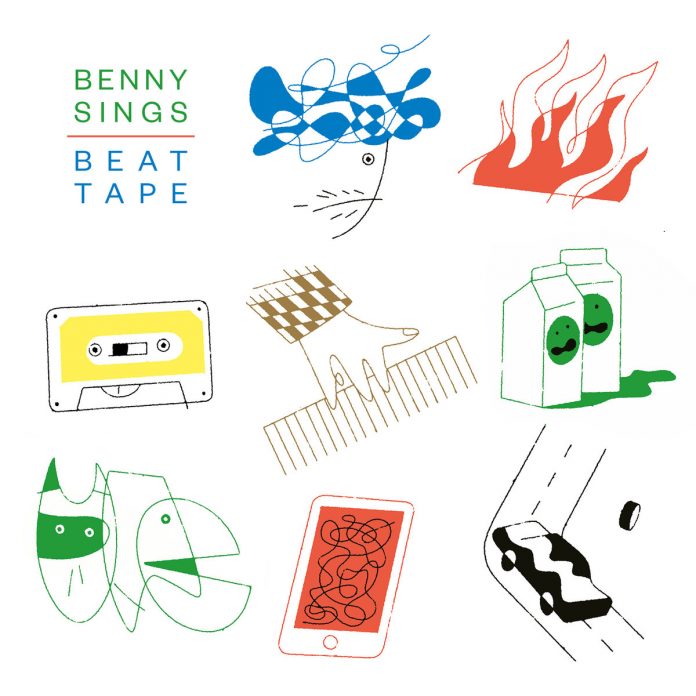 I first discovered Benny Sings through a series of artist associations. I was listening to a lot of Frank Ocean years back, which, naturally, led me into Tyler, The Creator’s stuff. I dug into Tyler’s work pretty heavily for a while, including his excellent 2017 release “Flower Boy,” which I wrote a review of here. One of his collaborative voices on that album was a new face called Rex Orange County, a young Englishman that had made some big moves into the American R&B/Soul scenes. At about the same time I was listening to “Flower Boy,” Rex released a song with another European pop savant named Benny Sings called “Loving is Easy.” And that, my friends, is how we ended up here this very day.

Though a new name for me, Benny Sings has been doing this for a while. The Netherlands native has put together an impressive list of albums over the years, drawing directly from the soft rock pantheon with his blend of sugary vocal harmonies, feel-good synths, and quirky beatwork. One of his songs, the blissful “All We Do For Love,” even appeared on Frank Ocean’s Blonded playlist on Spotify, another link in the chain that led me to the artist known as Benny Sings.

The latest release from Benny Sings is simply called “Beat Tape,” an apt title. Like those beat tapes you can endlessly listen to on YouTube these days, the songs are short, cute, catchy, and full of life. Imagine it like a patchwork of ideas stitched together, some more fleshed out than others, though still giving you an overarching impression of an artist’s current sonic visions.

Why he went with those format over a more traditional song framework is interesting in itself. Is it a sign of more to come? Are 45 second songs the new thing? Although I’m unsure of whether or not that’s an actual trend in the music scene, I do honestly feel there are some positives to the format. When listened to as a full album, the sonic landscape is ever-changing, flowing from idea to idea. It’s like a journey through the head of a multi-faceted artist, which works well for an auteur like Benny Sings.

On the other hand, it’s like you’re constantly riding in the car with that person who can never listen to a full song without changing it. 90 seconds in they feel a irresistible need to change it to the next track, anxiously chasing the next sonic thrill. Maybe it’s a sign of the times, and the hour has come for us to fully embrace our drifting attention spans.

“R” seems to be Benny Sings’ vaporwave track, drugged out like a hazy vision of 80s nightlife (at least that’s my idea of vaporwave). It reminds me of something that luxury elite would put out, and is generally just as short. “One Night in Prague” ushers in a similar vibe, which Benny Sings pulls off surprisingly well.

“461” is 1:49 in length and thus feels like one of the album’s epics (Nakameguro is over 2 minutes, which seems inconceivable). Like most of the tracks, it’s adoringly catchy and is akin to that song you would have written to your middle school girlfriend if you had had the chops at the time. “Don’t Say It’s Over” is all sorts of schoolroom twee pop (reminiscent of “All We Do For Love”), and is just as comforting as “Spread a Little Love” is annoying. Luckily that one doesn’t last too long. Nothing does on this album, or beat tape, I should say.

If you haven’t noticed yet, the song titles are generally pretty nondescript, strengthening the idea that the songs aren’t as important as the flow of the beat tape as a whole. Forget the idea of songs at all and “Beat Tape” becomes a kaleidoscope of shifting colors and visions, just as dazzling as the quick shimmer of a sunset or the afternoon light sifting through the leaves of the trees. At the end of the last song “Who Wins,” “Beat Tape” sputters out with little flair. It’s just kind of over, you realize, and though you try to hold on to the memory of a single song, it all starts to mix with itself until you accept the kaleidoscope of sounds bouncing around in your brain. A snippet here, a snippet there, and the hazy recollections of all those sunsets and songs ebb and flow forevermore.

Eminem’s music will soon be available for investment

A review of “Sunday Songs” by The Beacon Sound Choir