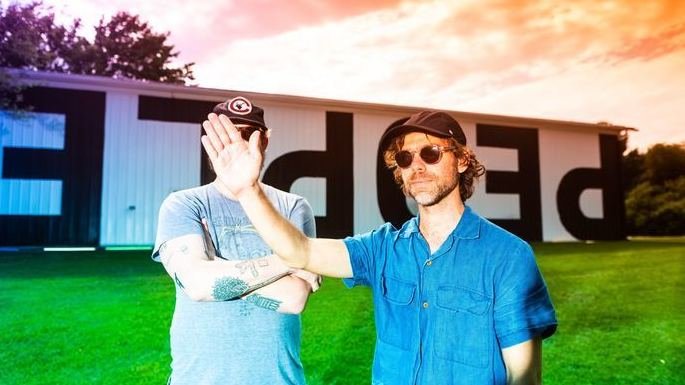 Since when did Justin Vernon rule the world? In 10 years since “For Emma, Forever Ago,” the singer has gone from hushed auteur of quietly devastating folk music to genre-crossing megastar, playing to rabid crowds in arenas and major festivals around the country. For a man that’s rubbed shoulders with Kanye, toured around the world, and put out one critically-acclaimed album after another, he doesn’t seem to be showing any signs of letting up, or losing touch with his artistic life force.

He also seems to be having a lot of fun. Just last month, around the same time he announced his new collaborative project called Big Red Machine, Vernon appeared with Dead & Company (which features none other than John Mayer) and ripped out a few tracks on stage in his native state of Wisconsin.

When your music has permeated the culture to a certain extent, you exist on a whole new level as an artist. Evenas a I write this, I take my headphones off for a second and realize that “Skinny Love” is playing at the coffee shop I’m sitting in. Years ago I remember hearing the song for the first time in a ski adventure movie my friend made me watch, and would soon encounter people all over the country who’d sigh at any mention of the song. They found in it an emotional intensity they connected with and an unutterable pain that was sung out to the world.

Justin DeYarmond Edison Vernon, the man behind the enigma that is Bon Iver, furthers his legend on his new collaboration with The National’s Aaron Dessner. An auteur in his own right, Aaron and his brother Bryce have been busy in the music world for two decades now. Aaron even helped Vernon put together the Eaux Claires Music and Arts festival held in Vernon’s hometown of Eau Claire, WI.

Big Red Machine’s official album release will be at the end of August. Alleviating the distinct pain of waiting, Vernon and Dessner have already dropped four out of the ten tracks, which you can listen to here. Plus, for the devoutly curious music geeks out there, you can entertain yourself by diving into Vernon and Co.’s other big announcement. This is the release of a new music-listening platform called PEOPLE.

What is PEOPLE? Regardless of the details, it seems to fit into the aesthetic that revolves around Vernon, the Dessner brothers, and the rest of their crew: uninhibited creativity, a prophetic ability to curve trends to once-criticized styles (think the piano rock of Bruce Hornsby), and a basic-HTML minimalist designer chic. Visit the website and you can scroll the cursor to transform a spectrum of colors into inverted rainbows. All of People’s ideas will come together during a concert at the Funkhaus in Berlin from August 18th to the 19th, which promises to be the pinnacle of their collective vision.

“There will be no line up. You won’t know who you’re going to see until the artists come on stage. We experience the process, beyond names and expectations. There will always be music. After 8pm we all come together on the main stage for the PEOPLE Mixtapes bringing together the highlights of the week”

So I try out their new streaming platform. I search through the “people” on PEOPLE and choose an artist called Eric Timothy Carlson. Yes, he has the same name has me, and yes, I did choose it somewhat because of that. I also chose him because he did the art for Bon Iver’s 2016 album “22, A Million,” and since I know his name from the project I have ever more reason to check out his music. I choose a song called “Two Pianos at April Base” by his band called “Presence.”

The raw, reverby piano track takes me into the heart of PEOPLE’s vision. One of its tenets concerns a new paradigm of sharing uninhibited music with others around the world, about somehow moving past the commercialism and oversaturation of music in our culture and allowing artists to create work unencumbered.

After the piano track fades away, I stumble across a file of Justin Vernon and Francis Starlite (of Francis and the Lights) talking about the ideas behind PEOPLE. I’ll leave you to listen to it on your own. Though I will tell you this. It’s a heady quest into some of the intentions Vernon has for the music industry, which are, in a word, revolutionary.

Vernon’s various collaborations are a comfort to Bon Iver’s legions of fans, who I imagine get a little antsy when the band takes five years between albums, like they did between 2011 and 2016. Big Red Machine, thankfully, is a worthy addition to his catalog. On the four tracks that have been released, Dessner and Vernon mix ideas into seamless music collage, summoning forth raw emotion into a result that feels like a culmination of their shared vision.

These ideas come to light on “Forest Green,” which is so hypnotically catchy I lose myself in its repeated lines (so phonetically similar they trap you inside them). “I was gonna give you all of my time / More time / More time” Vernon sings, playing off that melodic line over and over. Meanwhile, the track builds quietly, crafting a world of sound that secretly invites you in and becomes more intense and all-encompassing with each measure. Equally esoteric and relatable, it’s a healthy addition to the Bon Iver tome, if not a complete departure from the folk-inflected muses of his past.

Time will tell what will come of Vernon’s vision and the impact of PEOPLE. Regardless, he has become a superstar of our music age, one whose legend and power only seems to grow. If anyone can rework the way we interact with music, I’d put my money on Justin Vernon.