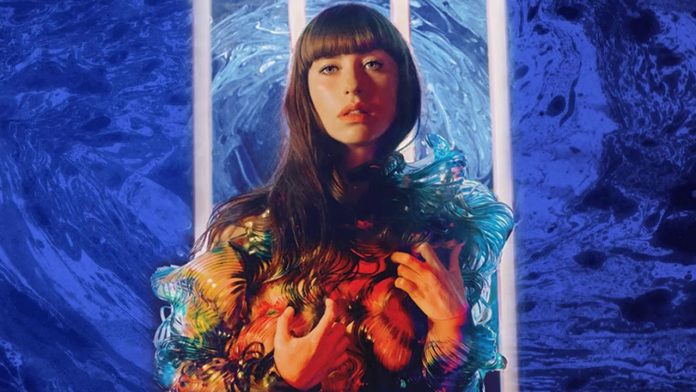 On a warm Tuesday night, as the green growth of spring was just emerging in my great city, I biked through the backstreets of Denver to the Bluebird Theater—a smallish venue east of downtown and located on the infamous Colfax Avenue. The theater is on the U.S. National Register of Historic Places, which comes as no surprise when you first see it. Driving or walking by, there’s no possible way you can miss its beautiful marquee, which at night puts off a majestic light, with the name of the theater glowing in soft neon blue. On this particular night the marquee displayed the names of two artists: “Kimbra,” and directly underneath that, “Son Lux.”

I was excited to finally see Kimbra live. Locking up my bike, I remembered back to when she first burst onto the scene in a duet with Gotye on that smash hit song “Somebody That I Used to Know.” Still, that wasn’t what came to mind for me. It was her songs “Cameo Lover” and “Settle Down” from her 2011 album “Vows” that stood out to me back then. Though not as widely popular as Gotye’s multi-platinum selling single, Kimbra’s music had a playfulness I enjoyed, delicately mixing genres into a unique, pop-driven sound. Afterwards, people scrambled to remix her music. One of my favorite jazz auteurs in Washington D.C., a guy by the name of Diggs Duke, even offered up his own remix of “Settle Down,” draping her voice with horn flourishes and jazz chords. It’s become a favorite track and a consistent listen ever since.

When I walked into the theater Son Lux had just started their show, the sound oozing into the nearly empty lobby. Directly in front of me the woman working the merch table was intently texting, lost in her own world. I quickly stepped into the dark theater and was blasted by a wall of sound. Son Lux’s music—overwhelming, immersive—had locked the audience into a zombie stare. They were so dazed by the washing waves of sound as to look almost catatonic. The lead singer’s trembling voice alternated between whispered lines and primal screams, their sound oscillating through cinematic changes in feelings of tenderness and rage, catching me off guard with an uninhibited ferocity that could suddenly crumble into the softest whisper.

By the time Kimbra emerged on stage the theater was packed to capacity. “We’re so happy to be back in your great city” she announced, nestling in to her place in between five or six synthesizers and other electronics mounted on pedestals of different heights. Just a few songs in I had a distinct impression of the total command she had over her setup, adjusting sounds and triggering beats while also dancing, expressing the particulars of her songs in choreographed motions and body language. Adding to the visual side of things was her outfit, a 60s cut rain jacket and skirt paired with heeled shoes boasting geometric, jagged sides to them.

To be frank, I don’t go to many pop concerts. It’s a very different world from my usual straightforward, country-folk shows with their americana aesthetics and boozed-out blues. In comparison, Kimbra’s show felt like the epitome of a bubblegum daydream, it’s music part of a grander spectacle of light, sound, and projection that completely immerses you in its world, a utopia belonging more to science fiction than any real place I can think of.

Utilizing looped vocals, thick bass, and choir-like synths, Kimbra took all of us on a tour of her latest album, “Primal Heart,” plus a few fan favorites from her other records. A combination of her vibrant personality and dynamic songs paired with a blitzkrieg of lights and projections collided into a feast for the senses, into which I decided early on I would give myself to completely, if only to see how I would emerge on the other side.

My favorite tracks from the night have to be “Past Love,” a straightforward, motown-influenced song which rides on its strong melody (even though Kimbra didn’t seem happy with its performance), and “Love in High Places,” which featured a projection of color-shifting iceberg mountains in the sea (at least that’s what it looked like to me). On “Love in High Places” Kimbra let loose her repertoire of vocal acrobatics, gesticulating at the edge of the stage as the colored lights whizzed past her. It was one of the best songs on her sophomore album “The Golden Echo” and still stands out today.

Walking out of the concert, I was lost in the pop world she had created for us, a prisoner of color, sound, and feeling. As I unlocked my bike the neon glow of the Bluebird sign seemed to pulse in the warm night, and I marveled at the different worlds that music allow us to inhabit.

Even though this world of pop spectacle and and world-bending sounds are somewhat new territory for me, I’m surprised Kimbra isn’t more famous. Her blend of vocal talent and songwriting ability is some of the best I’ve seen in the pop realm. Plus, her sound is unique, blending 90s R&B styles with a host of other influences, all wrapped up in her bombastic way of dancing and singing. But who’s to say why one person becomes a megastar and the other doesn’t? If there’s a reason and rhyme to it all, I haven’t seen it.

“The Brainwave Music Project” literally makes the connection between brain and...

Preview: Big Something at The Hi-Fi