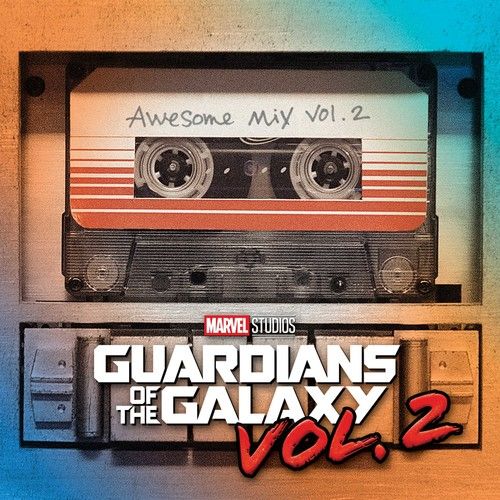 This week in Exploring Soundtracks, we’ll be looking at Guardians of the Galaxy Vol. 2. It was only a matter of time until we came to the Marvel Cinematic Universe. And the only other better place to start may have been with Guardians Vol. 1, but we’ll leave that for another day.

Both Guardians of the Galaxy volumes treat their soundtracks like mixtapes of bygone eras, and for good reason, too. The soundtracks are real mixtapes in the film, songs passed from dead mother to living son, and prized possessions of one Peter Quill (Starlord). In this sense, they’re an integral part of the film, and should be paid attention to.

However, while all of the songs are great, there aren’t any Reservoir Dogs moments in Guardians. There’s less subtext in this film than there could be. But that doesn’t make its soundtrack any less enjoyable.

A Fun Ride the Whole Time

Guardians of the Galaxy Vol. 2 kicks off with a literal ride as “Brandy (You’re A Fine Girl)” by Looking Glass plays and we get our first glimpse of Kurt Russel’s role in the film. It’s just a little tease, though. We don’t get the full song or an explanation of Russel’s presence. They’ll both be back later, though.

We join our Guardians for an opening fight scene and the Electric Light Orchestra song “Mr. Blue Sky”. The most enjoyable part of this opening sequence is by far little, Baby Groot’s (voiced by Vin Diesel) dance moves as he skirts around the edges of the giant space monster. It’s really hard to not share in the joy of the dancing little twig. We get the whole song this time, or most of it, until the speaker set up at the edge of the battle is crushed by Drax (Dave Bautista).

The music continues shortly after the battle with “Lake Shore Drive” by Aliotta Haynes Jeremiah. This plays as the Guardians make their way out from the alien-inhabited planet. In an interview with Rolling Stone, director James Gunn said that “Lake Shore Drive’ is a song that I grew up with”, and that, ” there were a thousand places that I could’ve used it easily in Guardians because it’s so easy to fit into the movie”.

In the same interview with Rolling Stone, Gunn explains the roles of the two most important songs in the film, as he sees it. These two are “The Chain” by Fleetwood Mac, and “Brandy (You’re A Fine Girl)” by Looking Glass.

“‘There are two songs that are the most deeply embedded into the fibers of the film,’ says Gunn. ‘The Chain’ is one because it is about the Guardians, at least in the way we use it, and we use it a couple of times in the movie. And the other one is ‘Brandy,’ which is an incredibly important song in the movie. Both happen to be two of my favorite songs from the Seventies.'”

“The Chain”first plays shortly after Starlord meets his father, Ego (Kurt Russel), and highlights Quill’s journey, and also the tension between him and Rocket Raccoon (Bradley Cooper), that plays out through the movie.

As for “Brandy (You’re A Fine Girl)”, it’s a song that is deliberately referenced while Ego explains to Quill why he left his mother. It plays a key emotional role in the movie during the father and son heart to heart. Ego explains that he is the sailor in the song, who loves a woman but cannot stay, and must return to the sea (or, space, in this case). He uses this reasoning to win Starlord over with romanticism, but as soon see, that romanticism doesn’t last long.

The soundtracks in the Guardians films have always been a way of representing Peter Quill’s mother, Meredith, who Gunn has a good sense of.

“She’s a music lover, but she’s completely not elitist,” he says. “If it’s something that’s thought of as goofy and pop, she likes it. If it’s cool or funk, she likes it. She just likes hooks and melodies. She’s a very quirky, young girl who fell in love with, you know, as it ends up, an alien. And falling in love with an alien is right up there in Meredith Quill’s alley. She’s an oddball, like her son”.

The eclectic mix of songs to be found on the Guardians soundtrack certainly captures everything Gunn intended. If you want to pick it up, you can find it on the Lemonwire store.

Exploring Soundtracks: “Ready or Not”

“The Greatest Showman” does not disappoint – – movie review

Song of the Day: “Cat People (Putting Out Fire)”