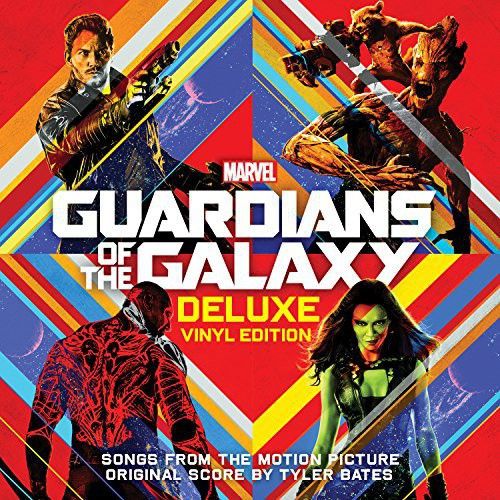 Since it is the Fourth of July, I thought it appropriate to bring a bonus installment of Exploring Soundtracks. And, seeing as how I previously covered Guardians of the Galaxy Vol. 2, Awesome Mix Vol. 1 was kind of a no-brainer. Plus, if you’ve noticed, I like to do things in pairs. And apparently, in reverse order. But let’s not get hung up on trivial details.

When Guardians of the Galaxy first released, it exceeded all box office expectations. And its soundtrack quickly rose to the top of the album charts, only a week after its release. It was the first soundtrack to do so without having a single original song on its track list. And of course, it cemented the second installment to fall under Gunn’s good hands. So how’d James Gunn manage to craft the perfect soundtrack for his team of space-faring heroes? It all starts with character.

The little walkman that Peter Quill, AKA Star Lord, AKA Chris Pratt carries around with him holds the tape that provides the soundtrack for Guardians of the Galaxy. The songs on it are the only connection that he has left to his mother, who died when he was a boy, after which, he was promptly abducted by aliens, and his journey began.

But while the tape becomes Star Lord’s obsession and solace, the songs on it were picked by his mother, and reflect the era that she grew up in. In an interview with Rolling Stone, Gunn tells it in his own words.

“I picked Seventies music because that would be Meredith Quill’s era,” Gunn says, referring to Star-Lord’s mom. “To me, there’s also a very pop art, spacey and fun feeling to those songs that seemed to fit well with Guardians. The unexpected contrast of those songs to our aliens and outer-space apes also made it fun.”

“The tape is really the character of Quill’s mother,” Gunn tells Rolling Stone. “The Walkman and the compilation tape inside of it is the heart of the film.”

This truly awesome mix starts off strong from the opening scene, in which Star Lord tussles with some space baddies in a search for some “orb” (read: “infinity stone”). During the opening sequence, Redbone’s “Come and Get Your Love” plays in the background, showing off right from the start just what kind of movie we’re in.

The compilation of feel-good seventies tunes keep dishing out old classics throughout the film, often placed at interesting moments. For instance, when the Guardians are captured and processed in space prison, one of the guards confiscates Quill’s walkman. When the guard starts listening to it, Star Lord calls out, “Hooked on a Feeling, Blue Suede, that song belongs to me!”. The song plays as the team are sent in to the prison.

All in all, Awesome Mix Vol. 1 is filled with a myriad of different hits from the seventies. From the popular but cheesy “ooga-chakka” of “Hooked on a Feeling” by Blue Suede, to the soulful “Fooled Around And Fell In Love” by Elvin Bishop, and some lesser known seventies songs as well.

In his interview with Rolling Stone, Gunn explains his choices more thoroughly. “I think most of the songs, although slight hits, never truly had their day in the sun,” Gunn says. “That time is now. I also think people are hungry for good, old-fashioned, well-crafted pop songs that exist outside of any sort of imposed hipness or irony.”

It seems like Gunn’s instincts were right on point, and they helped him bring together a fun, catchy soundtrack for an equally fun, and oddly touching film.

If you want to get your hands on the Awesome Mix Vol. 1, you can stop by the Lemonwire store and pick it up. Click here for the deluxe vinyl edition with original score by Tyler Bates. Below is the full track list.

Are we living in an era of the mid-budget blockbuster?