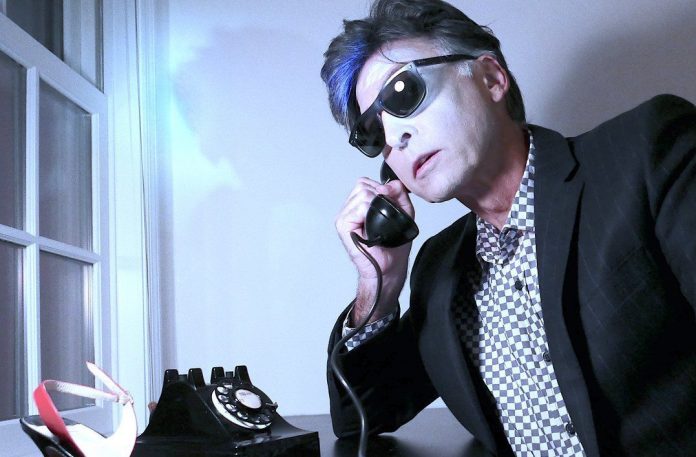 New York songwriter Les Techno has been spent years distilling his sound into something wholly unique. That’s why his newest single, “Come Along,” comes off as so refreshing. Even though it’s in many ways a retread of old sounds (that of 80s alt-rock, new wave and electronic music genres), it also captures the spirit of Les Techno’s particular musical alchemy – a little bit of this effect, a little bit of this style, and you have something that sounds fresh, but vaguely familiar. It is this grey area between nostalgia and pastiche where Les Techno seems to be comfortable, and, to be frank, it suits him well.

Les Techno’s time cavorting around the many music scenes and cliques of New York City shows in his production and delivery on “Come Along.” The whole track – it’s stomping beat, slightly funky bass, primal screams – weaves the listener in and out of Les Techno’s favorite styles and affectations. He pulls them off effortlessly. At times in the track, his voice trails off, coasting on waves of reverb we’ve come to associate with the style of those emotional singers from the 80s, the ones with big voices and broken hearts. Those in-your-face drums are full of frantic energy, and the whole thing sounds like it could have been recorded in some giant factory that also happened to be hosting the coolest party in town.

Is it a party? Or is the whole thing a copy of a copy of a party that was thrown in a decaying warehouse in 1985? Could be either, and it takes a keen eye to tell.

On “Come Along” Les Techno takes his particular brand of satire to the office workplace. The song even begins with a sample of a call coming in from one “Mr. Techno.” The artist goes on to mock the moral “flexibility” that many businesses seem to show when it comes to reaping massive profits in the face of exploiting people. Les Techno tells it from the first-person, documenting his own ethical decline over an 80s back beat. Oddly appropriate, considering the decade has since been associated with corporate greed and lax morals.

Les Techno has spent quite a lot of time in the studio, which seems to have paid off nicely for him. He’s spent time in the realms of hip-hop, funk, and reggae learning the tricks of the trade, an experience that has left him a bit of chameleon when it comes genre. Yet Les Techno doesn’t shy away from the vast number of influences swimming around his head. Instead, he fully embraces and avoids the temptation of playing it safe.

Check out the single on Spotify here.

Folk Innovation: A look back at “The Barr Brothers”